Realme phones are quite a hit in India and the brand has recently entered in Nepal too with the Realme C1 and the Realme 2 Pro! Now, the company is said to launch another smartphone, the Realme 3, which will be a successor to the Realme 2 launched a while ago. And the company has leaked some astrological specs of the device! Astrological? I am glad you asked!

So, this new device is said to come with a starry look at the back as the media invite states, “Power Your Style, Let’s take a dive into the sky of stars”. The handset will be unveiled on March 4 in New Delhi. The company has been teasing about the new phone via various social media platforms. 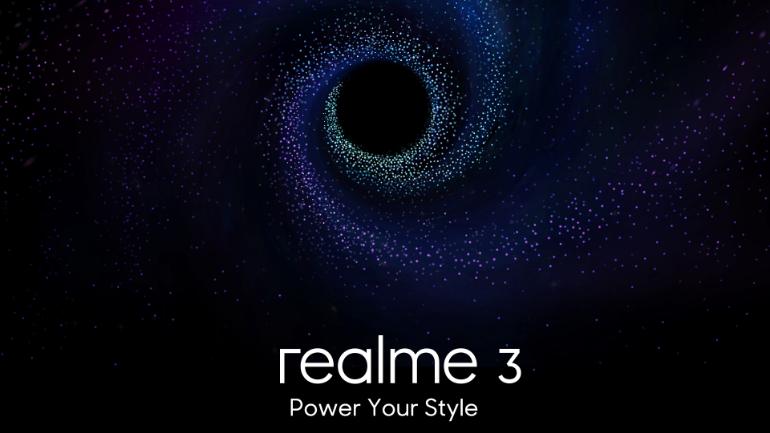 In reference to the leaks, the Realme 3, unlike its predecessors, will not feature a diamond- cut design and will have some sort of starry design.

Similarly, the Realme 3 could just be the second device in the portfolio to feature the MediaTek Helio P70 chipset. The company claims that the Realme 3 will have up to 30% increase in download speeds and 40% more power saving in comparison to the Realme 2 Pro! This should not be a surprise though because the P70 is based on a 12nm architecture opposed to the 14nm of the Snapdragon 660 chipset.

Also, there are rumors of the phone having two different variants, one that will be a Global version and other will be an Indian version if the leaks are to be believed! And rumors also back the fact that the Global version will feature MediaTek’s Helio P60 chipset.

As far as other leaks are concerned, we are not yet very sure of them. Some rumors follow that it could have a 48 MP camera at the back and also a depth sensor, the megapixel count of it is not yet revealed. Also, it is suggested that the device, or say the two variants will come equipped with Bluetooth v4.2 and have a 16:9 aspect ratio display, which is not very common these days.

However, the device seems to be mainly targeted to outperform the Redmi Note 7. But, how it fares in real life, will be known once it’s here.

As far as the pricing is concerned, the Higher end variant of the Realme 3 will be around Rs. 15,000 in India.