There are so many phones in the mid-range segment right now that it is hard selecting one for yourself. All of them give you similar features and come at a similar price. Amidst all this, Realme has launched two phones in Nepal, The Realme 2 Pro and the Realme C1.

So, today, we will be talking about the Realme 2 Pro. It has been my daily driver for the last three months and here is my full and detailed review about it.

The Realme 2 Pro came after the era of gradient designs and I must say, this simple touch of a plane colorful back still catches my eye. I chose this Blue variant, which is sort of a light icy Blue, which I still think is very appealing.

But as eye-catching as it is, most of the times, I used it with the Silicon case that came along in the box because the entire phone is made of plastic. As careless as I am, I didn’t want to destroy my daily driver. And after this long usage, my phone still looks good as new. There are minor scratches at the back but the shiny back has compensated to hide it very well. At the front too, I got a built-in screen guard that took up many scratches but it started to wear off a little bit near the notch, so I took it off altogether. And impressive is that the Gorilla Glass 3 protection has held up pretty well-preventing scratches on the display.

But I think this phone is a little too thick for my liking and other users of this device also may have felt the same.

It’s weird that the battery is not too huge and still the phone is thick and relatively heavy. Plus, with the cover on, it looks thicker than ever. But does not matter in usage though, so it’s okay.

Keeping the Realme 2 pro as a daily driver, I have also reviewed quite a few devices and looking at all of them, I think the V-shaped notch and the minimal bottom bezel accounts for a good full view screen on this one. Other than that, I have quite liked other aspects such as the colors are bright and vibrant and playing games or watching videos or simply browsing has been a good experience.

The notch on the top is not very obtrusive so I kept in on all the times. You do have an option to hide it for some apps but it was okay for me.

But through all this time, I have missed the LED notification light. You can turn on notifications on the lock screen and even clear it from there which has somehow made it easier for me but again a notification LED is always welcome.

Now we’ve come to the part where the Realme 2 pro has shone with all its potential, the cameras. Honestly, I thought that the cameras will be okay, nothing much to fuss about, but this one has exceeded my expectation, except in one aspect, which I will talk about later.

So, starting off with the back cameras, the pictures are very colorful and look pleasing to the eye. The details are on point, the saturation is on point and I have loved the images. Look at this picture of the Bouddha Stupa here, what do you think about it? Nice isn’t it?

Realme 2 Pro back camera samples
1 of 17

The fact is that this one uses the same Sony IMX sensor at the back previously used on the more expensive OnePlus 5T and the results are awesome. I get the same impressive images every time I go around shooting with this phone.

But something that has bugged me a lot since day one is, you cannot change the settings from the camera app itself! And finally, when I dug deeper, the settings could be changed from inside the settings menu. I mean you have to individually go there, search and change whatever settings you want to alter. As good as the cameras are, this has been a big hassle for me.

But in the camera app, the icons tell you clearly, which is what function, so it is not a difficulty finding the portrait mode or HDR mode, etc.

Talking about the HDR mode, it helps improve detail from bright and dark areas on images very well. But, when you take a picture with an exposed background, it does help preserve details but the pictures come out slightly unnatural. Not saying the images are not good though!

Okay, there is a beauty mode, which I didn’t use very often, but here are some samples for you to check out.

Similarly, videos are very impressive. There is EIS to make your videos stable, you won’t notice the stabilization while shooting videos but the outcome is good I must say. Among the 4k, 1080p and 720p options, I liked the FHD resolution more in terms of quality.

Autofocus in both videos and photos is good, nothing to complain about.

Okay, now let’s talk about the aspect I have disliked, the portrait mode. I might sound very harsh when I say this, but the 2 MP depth sensor is not soo good in functioning. The edge detection is poor, blur intensity is poor and inconsistent! But, you do have studio various studio lighting effects, among which I like the RIM lighting effect.

The night shots are what you would expect. They are nothing to be excited about, yet not that bad either. But certainly, the cameras find it a bit hard to focus during the night.

Pictures in artificial lighting are good though! They are detailed and bright and basically, I have loved clicking pictures with this one!

Selfies are nice too! They are colorful, natural and detailed. The HDR option helps when the background is exposed. Also, there is stickers option which has been very fun for me as well as my friends. The beauty option again, I didn’t use it too much.

The portrait option the selfie cameras does an okay job. But there are no studio lighting effects in selfie portraits, which I would have loved to have! Never mind, Realme, you can put it there in the upcoming device of yours!

Talking about the performance, it has the Snapdragon 660 SoC which we have seen in many phones lately, but I was a bit skeptical about the Color OS affecting the full potential of the chipset but it has actually not been that way.

I have had no complaints about the performance of this device whatsoever! I have not felt lags and stutters on this device while multitasking or gaming and the like. Coming to gaming, the Adreno 512 GPU is quite a performer. I play PUBG very often in medium settings without any major stutters. Also, Asphalt runs pretty smooth but  F1 racing goes through some stutters sometimes. Not to the extent of frustration though!

But,  the speakers at the bottom get distorted at highest volumes and has spoiled my gaming experiences a lot. But with earphones, it is not that bad. Also, the speakers tend to cover up with fingers, which again adds up to not so good gaming experience. So, even though games run pretty well, I’ve had issues.

I have been using the 4 GB RAM 64 GB storage variant that has EMMC storage, which may be the reason why games or apps take a while to install.

The fingerprint sensor at the back has been working fine, it is fast and gets the job done 100% of the times. And facial unlock is swift too during the daytime. Since it’s the front camera doing the job here, it does not perform well during night time.

Also, like other Chinese phones, this one does not certify DRM L1 certification, but since I don’t use Netflix or Amazon prime contents on my phone, it wasn’t a dealbreaker!

Now the software, and you know I am not a huge fan of the Color OS, especially because the app icons are not very good looking and surprisingly there is no theme center to change one either! So, unless, you download another launcher, you are stuck with it.

Things can change and the CEO of Realme has also promised the Pie update in the next few months so maybe the latest Color OS based on Pie will have something refreshing. And one more thing, since my use, I have gotten a couple of updates, the latest security patch dated January 5.

In the Realme 2 pro, you get a modest 3,500 mAh battery, that will last you for a day. It has been the same since day one up until now, I mean, the battery life has not degraded. 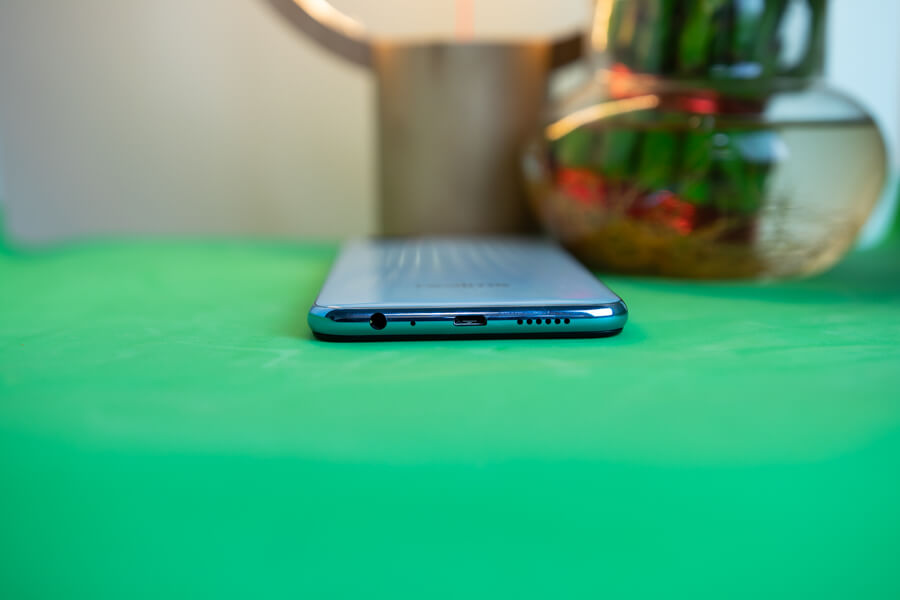 The area where Realme could have done better here was by including its very own VOOC Fast charging tech. It doesn’t cost too much to borrow its own tech, right? But, they haven’t, so charging will take around 2.5-3 hours to get fully juiced up. And yes, it uses Micro USB port.

So, as I said earlier, I have used this device for so long and even though I don’t like the UI so much, I have gotten used to it. But then again, I would like to suggest the company to focus more on the UI part. Also, though the phone looks good, I don’t think plastic backs are here to stay. For long time use me as well as other people would like to have better material on their phones. 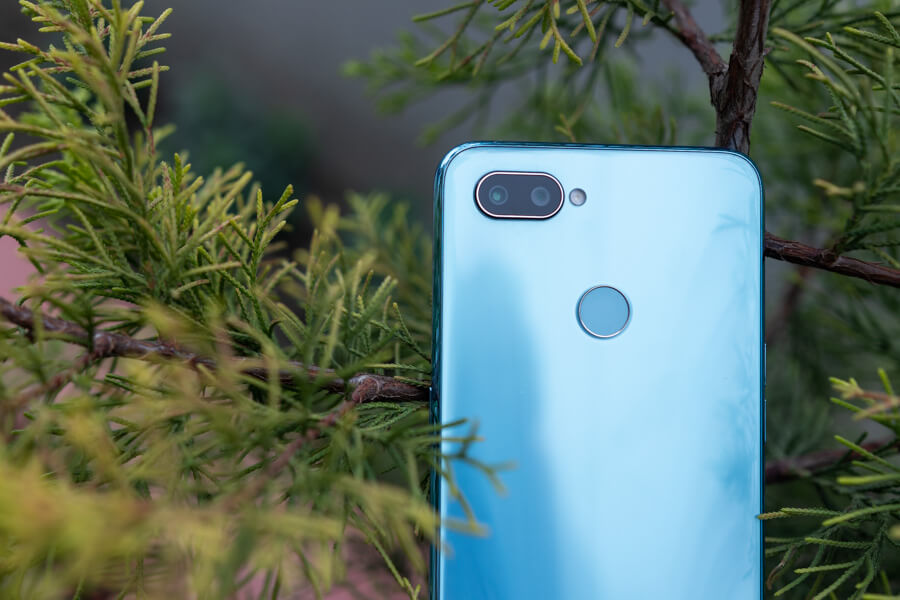 SD 660, no doubt is a good processor, but as an intense user, maybe for the next one, Realme should go with a more powerful processor like the SD 675 or the SD 710! I would also like to see Realme adding the USB type C port, maybe a bigger battery, and VOOC charging. Also, the portrait mode needs attention, I mean for such a good camera, why compromise on any aspect?

So, my verdict would be, yes, the device has some shortcomings, but in my opinion, they are not that big of a deal. I have loved using this phone and will continue using it as my daily driver for the next few months.

So, if you are thinking of getting this one, for the price it asks, especially the discounts you get right now, this device is still a very good choice!