Home Realme Realme 5s unveiled. Comes with a 48MP camera, but what else? 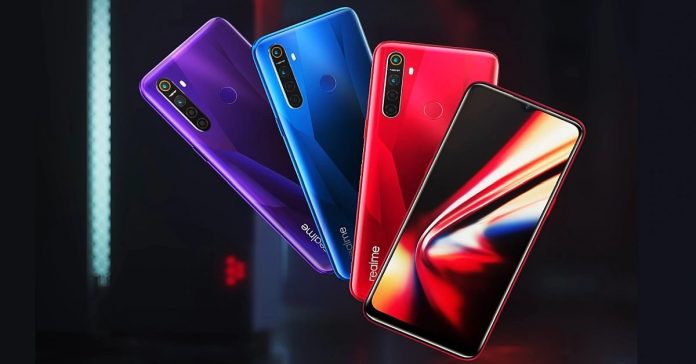 It seems that smartphone users worldwide are always on the lookout for the added pro/s ( or a similar suffix) version of the phone once it launches. And smartphone makers ultimately feed on this craze from the user-side and give them what they want.

These “suffix” – added devices are usually a minor upgrade on the base offering at a slightly higher cost. One such device with an added s that’s was recently launched was the Realme 5s. So, what does this upgraded version offer?

The major upgrade in the Realme 5s is the new primary camera sensor. With 5s users get a 48MP Samsung GM1 as their primary rear camera. Now, this can truly be said as a major upgrade. That’s because the Realme 5 only had a mere 12MP primary sensor. However, the rest of the quad-camera array pretty much remains the same. It uses the same 8MP ultra-wide lens, a 2MP macro lens and finally a 2MP depth sensor. The other slight tweak in the Realme 5s is that it will be available in one new color. It is labeled as Crystal Red. And that makes it a total of 3 variants in terms of color as the other options available are Purple and Blue.

Furthermore, with 5s you won’t have an option to choose from 3GB and 4GB RAM variants as it was with Realme 5. It will be available only in a 4GB variant. However, you do have the option to choose the storage option – either 64GB or 128 GB. There’s still a dedicated microSD slot which allows memory expansion up to 256GB for anyone interested.

The remaining specs, however, is similar to the Realme 5. It offers the same 6.5-inch HD resolution screen. And also runs on the Snapdragon 665 chipset. (Check below for detailed specs)

As far as the price is concerned, the devices’ base variant i.e 4GB/64GB will be available at $139 and the higher-end variant will cost $153. Currently, we only know about the date of the sale in India only – November 29. News about its availability in Nepal will still have to wait for a while.

So, what can we make of the Realme 5s? Camera-wise its specs resemble the Realme 5 Pro and the rest is similar to Realme 5. So, sort of a mix between both the models. The pro model’s base variant currently costs around $195. And it has a better processor than the 5s. Will users pay extra bucks for a better processor or take the trade-off between processor and camera setup with the 5s. That only time can tell. I guess we’ll have to wait a few more months to see how this one rolls out.