These days, we don’t quite see the flagship smartphones coming with ground-breaking technologies. Yet the flagship smartphones are getting immensely expensive. So these days, users seem to have a growing interest in the midrange and budget phones. In that context, the budget-oriented Realme 5 is creating quite a buzz lately. And that’s mainly because of its quad-camera setup, a decent processor and a big battery. We have already seen such attempts from midrange players, which, however, turned more like a gimmick. So will the Realme 5 join the league with such gimmicky products or will it a new benchmark in the budget segment? We are going to answer that in this Realme 5 review.

On the design front, you get nothing so new. It comes with a plastic back, which seems like a trademark of the budget phones these days. The rear panel, however, comes with a crystalline pattern, which has made the device unique and somewhat more appealing. Plastic back with the crystalline pattern has made the device quite similar to its older brother Realme 5 Pro. But Realme surely has made design tweaks to differentiate these two models. The subtle rainbow sheen on the 5 Pro, which you can see while tilting the phone at some angles is missing on the Realme 5. Not a deal-breaker I guess, but there is that. 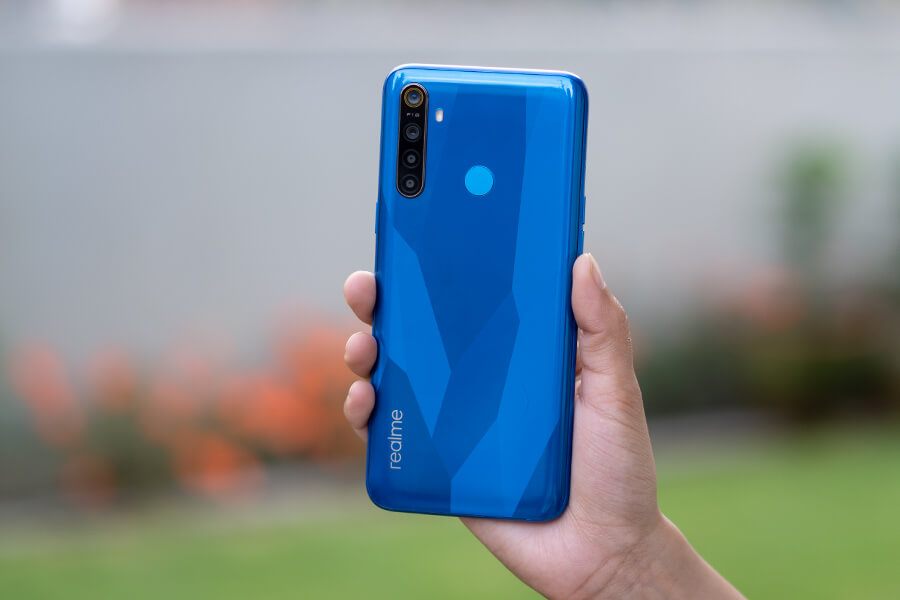 Even without such rainbow sheen, the design still looks elegant. However, it doesn’t feel the same on hands. The phone feels quite hefty in terms of size and weight. Maybe that’s because of its huge battery. Having a big form factor because of the big battery does sound reasonable. However, the phone feels hollow, due to which it feels genuinely cheap on the hold. You can also hear some creaks, especially while pressing gently on the area near fingerprint and the camera. So the build quality looks nothing more than flimsy to me.

Nevertheless, Realme says to have included humidity protection on the phone. Opening parts of the phone like SIM slots, around the battery and other gaps on the phone, are said to be tightly sealed with O-rings and rubber gaskets. So it may survive a few splashes. Since there was no IP certification, which would ensure that, we were too scared to test that out ourselves.

Talking about the display, the phone packs a 6.5-inch LCD panel. There is also a water-drop style notch on the top, which Realme calls a mini-drop notch. However, I did not find the notch as tiny as it sounds. You also get a small chin on the bottom. The company claims a screen-to-body ratio of 89%. So as cued by the screen-to-body ratio, the chin and the notch doesn’t look as obtrusive. Adding to the niceties, you get Corning Gorilla Glass 3+ protection on the top. So you’ll get a fair bit of protection as well. 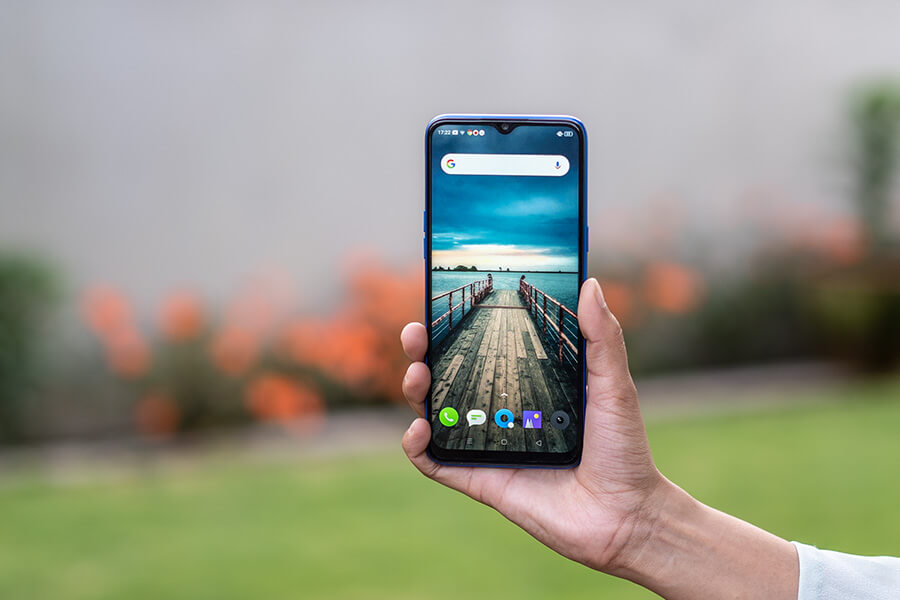 But when it comes to brightness, I found the display to be rather dim. And while using the device on the outdoors, I quite had to struggle to look at the contents on the screen.

Now the Realme 5 is also the first budget smartphone to pack a quad-camera setup on its rear panel. The rear camera module comprises of a 12MP main camera followed by an 8MP ultra-wide-angle camera, 2MP depth sensor, and a 2MP macro lens. With so many cameras on board, I really had high expectations from the device on the camera front. But on the use, I found the camera to be more of a mixed bag.

First, let’s start with the primary camera. At daylight, the 12MP shooter does a good job in terms of colors and saturation. The images look slightly overexposed at times but there was nothing so worrying. However, I didn’t find the images to be particularly sharp. And the dynamic range wasn’t so impressive either.

In low light, the phone suffers quite a lot as any budget phone would. But, with its Nightscape mode, you get in more light, images look sharper and they look significantly better than that from the normal mode. Although the images from the Nightscape look good, I noticed a slight crop in the frame. So, there is that!

With the wide-angle camera, you won’t notice any sort of color shifting issues but the images tend to look overexposed at times. But, again, having a wide-angle lens at this price is a bonus.

Now let’s talk about the 2MP depth sensor. Although the resolution of the depth sensor doesn’t sound much, I really liked its performance while capturing portrait images. Blurs look natural and edge detection was impressive most of the times. However, the colors and details look softer than that from the normal images.

And the fourth lens, the Macro lens. Was something I was really excited to test it out.

The macro lens does let you go very close to the subject and lets you capture a really tiny object that gets lost while capturing from the main camera. And Realme says you get the best results while capturing the subject from a 4cm distance. But even when I maintained that distance, I never got a good shot.

And that’s because of its sensor. The Macro lens comes with a 2MP sensor. So, despite the capability to capture Macro shots, the images do not look so impressive as they lack sharpness.  So the macro lens is rather gimmicky.

Most of the times, you get better shots by zooming in slightly into the subject. And talking about the zoom, unlike the Realme X, where you can zoom up to 2x, here you can perform zooming up to 5x. Since the zooming on the phone is entirely digital, you will start to lose details while zooming.

Flipping to the front, you get a 13MP selfie shooter tucked neatly in the notch. And I must say selfies look good. You get enough details with good colors. You won’t find any sort of over-processing going on over there. So I was satisfied with its performance. 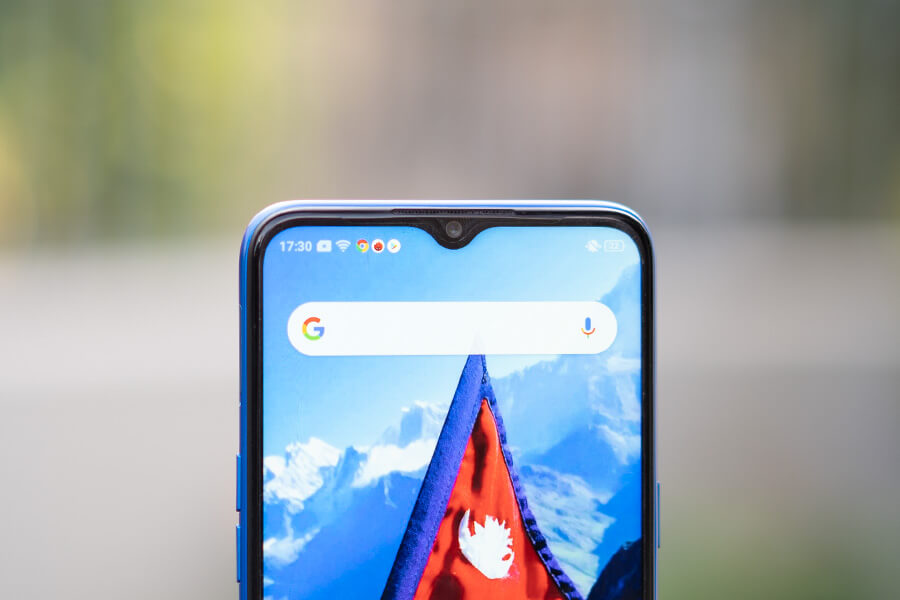 Even the portrait selfies are good, but with software, edge detection doesn’t look perfect. But still, it is usable almost all of the times.

When it comes to videos, you can capture 720p, 1080p and 4k videos all at 30fps. Although there is no image stabilization in here, you will get quite stabilized 720p and 1080p videos. Colors and sharpness also look good, considering the phone’s price.

Now let’s talk performance. And, memory-wise, you get three options: 3/32GB, 4/64GB and 4/128GB. But Unlike the Realme 5 Pro, you don’t get a UFS storage. So no ultra-fast read/write speed. You do get a dedicated SD card slot on the phone with which you can expand up to 256GB.

For Chipset, the phone packs Snapdragon 665, which is a decent upgrade over the Realme 3 and even the 2 Pro. With a better processor on board, you can expect a boost in performance. The phone is now quite smooth and you can multitask with a number of apps without any hiccups. Even on the gaming part, you can expect a similar kind of fluidity. And that’s more so while playing light games.

But that doesn’t mean the device cannot run high-end games. You can still play PUBG Mobile game smoothly. But that happens only at low setting. While playing the game at a high setting, you can notice some stutters. Given the budget-friendly nature of the phone, I think, that’s understandable.

On to the software front, there is Android 9 Pie with the latest ColorOS 6.0.1. It has received a few refinements over the ColorOS 6 found on the Realme X. But, like I say in every Realme review, it’s definitely not the best UI. And, the number of bloatware hasn’t got any less. But since most of these apps can be uninstalled, this is not a big issue though.

The phone has Widevine L3 Security level which means no HD streaming on Netflix and Amazon Prime. So, If they could provide the L1 Security Level with an update, that would be great.

As for the battery, this phone houses a massive 5000mAh battery. And coupled with a low-res HD display, the battery life is just awesome! I think this is the phone with the best battery life that I have tested till date.

But, I am hearing some rumors that Samsung is launching the Galaxy M30s with 6000mAh battery, so it’s going to be an interesting device too.

But, Realme’s software and battery optimizations are really impressive here. The phone easily lasts more than two days on normal use. The phone barely spends any battery juice, when it’s on standby. And I find that genuinely impressive.

When it comes to charging, you get a 10-watt charger inside the box, which uses Micro USB port. And takes around 3.5 hours to get the device fully charged. And that’s quite a lot. 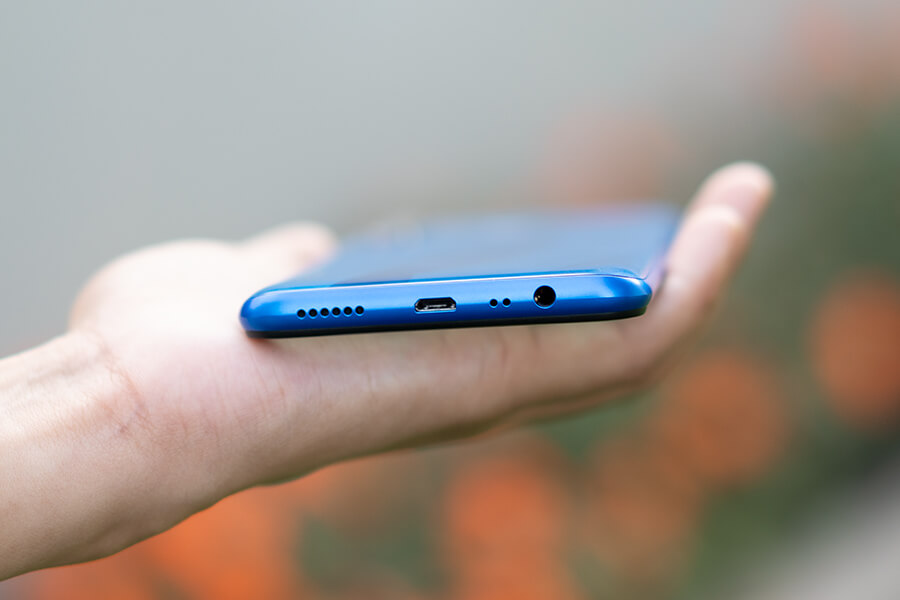 I also tried using the 20-watt VOOC charger that comes with the Realme 5 Pro. But it didn’t speed up the charging process. So even if you get a fast charger, you won’t get an acceleration in the charging speed. So you’ll have to deal with that!

As for extras, you get a rear-mounted fingerprint sensor, which is fast, accurate, and reliable. The face-unlock is also quite fast, but since its software-based, it’s obviously not that reliable. 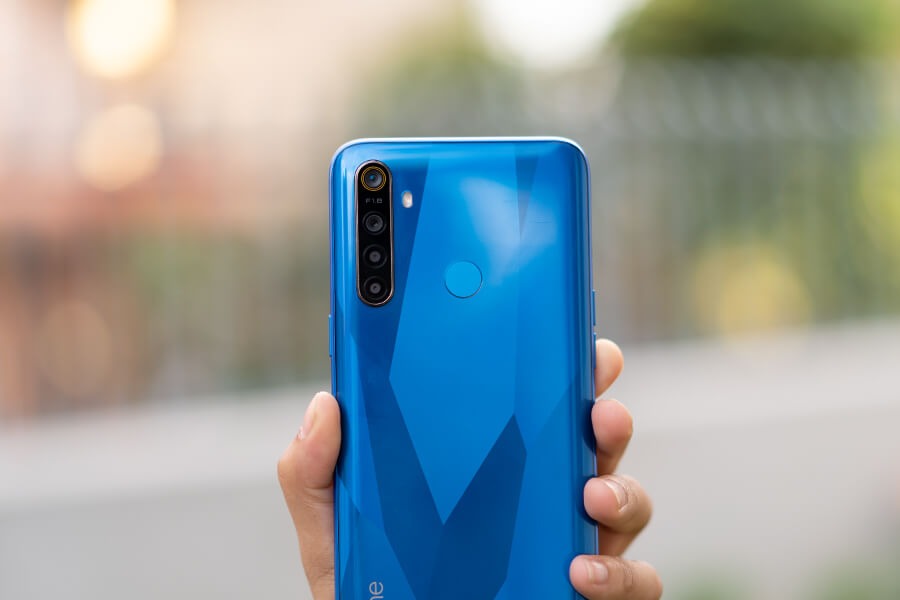 The output from the headphone jack and the speakers are unimpressive, as expected on a budget phone.

So what do I make of the Realme 5? Well, you may find me finicky but I am not particularly pleased with the build quality of the phone. Also, the presence of an HD display is repelling and the 2MP Macro lens is nothing more than a gimmick to me. But such kinds of tradeoffs are found on almost all of the budget phones, right?

Looking on to the bright side, you get a capable processor, a long-lasting battery, and multiple options in the camera front. And for the price of some $150, it makes a good package on the overall. If you want a sharper display and a more premium build, Redmi Note 7 or Note 7S could be the best fit for you. Otherwise, you won’t go wrong with the Realme 5.