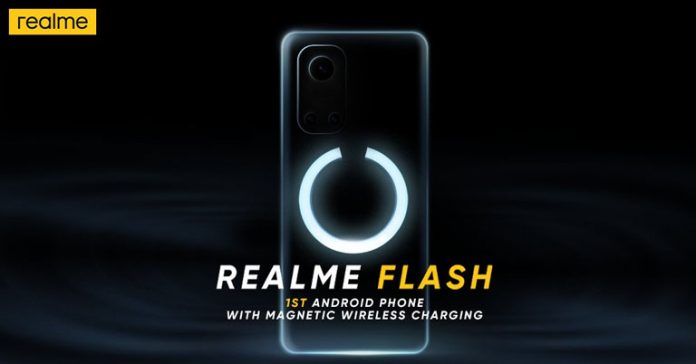 Last year, Apple announced iPhone 12 series with a magnetic MagSafe charger. Now, similar technology is making its way to Android phones. Realme has already admitted to working on its next flagship “Realme Flash”, which will be the first in the Android smartphone world to support wireless magnetic charging.

Realme Flash: Everything we know so far

The company shared a teaser poster of Realme Flash on its social media handles. There is no official information about the Realme Flash, except that it’ll the first Android phone with a magnetic charger.

The poster only provides a glimpse of the phone’s rear panel. Still, you can notice the left-aligned triple camera setup and rounded corners. It’s kinda reminiscent of the camera module on the OnePlus 9—kinda.

Detailed specs of the phone are already out, courtesy of GSMArena. According to the leak, Realme Flash will feature a curved screen with a circular cutout at the top-left. 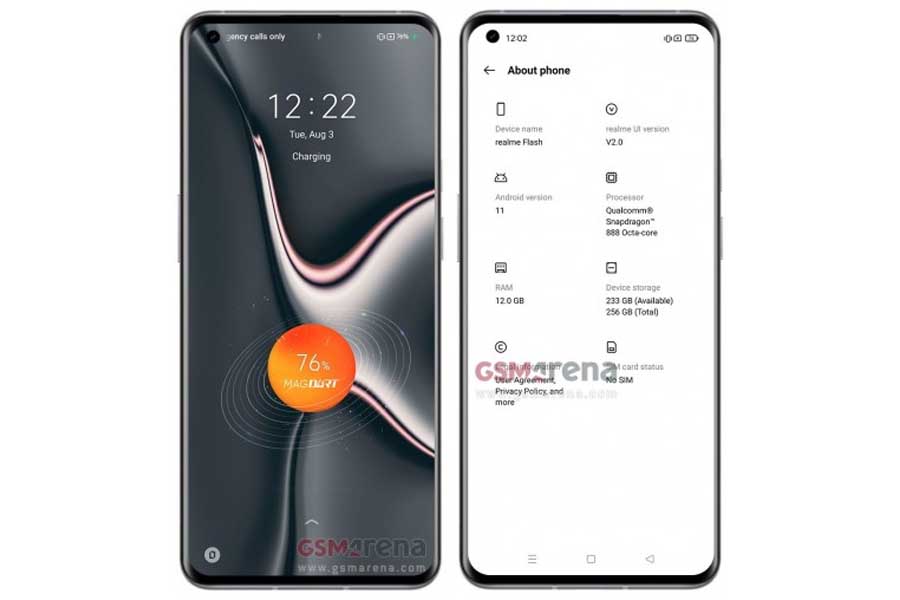 Inside, the phone will be powered by Qualcomm’s Snapdragon 888. Additionally, it will be paired with 12GB of RAM and 256GB of internal storage. However, we can expect other memory configurations at the time of launch. Similarly, the phone will boot Android 11 with Realme UI 2.0 on top.

The wireless magnetic charger will be called MagDart. It will attach to the back of the phone and will feature a USB-Type C port. From what we have seen so far, there will be at least be two variants of MagDart chargers. One looks quite similar to Apple’s MagSafe, while the other looks far from it.

Here, the bigger MagDart charger will have a faster charging speed than its Apple counterpart. The exact speed is not known yet, but it will be more than 15W.

Also, it will have a built-in fan and vents to keep the temperature in check. The leak also suggests that MagDart will be the fastest magnetic charger at its launch.

Realme Flash will be launched during the “Realme Magnetic Innovation Event” scheduled for August 3. It will start at 5:30 PM IST (5:45 PM NPT). Users will be able to watch the live stream on Facebook and YouTube.