Home Samsung Samsung Galaxy A30 and Galaxy A50 launched in Nepal Since the day, Samsung announced to bring Galaxy A-series and M-series devices, every new handset makes a headline. Be it just a leak or the launch. And in that already popular list of Galaxy A-series device falls the recently launched Galaxy A30 and Galaxy A50. Both of these handsets were unveiled at MWC 2019. In that grand event, many tech reviewers had praised Samsung for their change in strategy and for bringing such notable devices. Although the price of the device was kept under the veil at that time, Samsung recently launched the device in India and announced the price. And not so long after the announcement, Samsung Nepal has brought these new midrangers in Nepal.

Heading to the Samsung Galaxy A30 features, the most notable thing about the device is a tall 6.4-inch display with a tiny notch on the top. But unlike the Galaxy M10 and Galaxy M20 devices, the display here is called an “Infinity-U display”. Furthermore, the display here is Super AMOLED one, so the users can find deeper blacks and brighter whites in the contents when compared with the typical IPS panels.

On the performance side, the phone has got the Octa-core Exynos 7904 chipset with 3GB or 4GB of RAM alongside. And talking about the storage, the phone comes in 32GB and 64GB format with a dedicated SD card slot for memory expansion. Making use of this slot, users can expand their storage up to 512GB. As far as the camera is concerned, the boasts a dual camera setup at the back, which is a combination of 16MP and 5MP sensors. The secondary camera on the back is an ultra-wide-angle shooter. Since most of the smartphones at a similar price comes with a depth sensor, the addition of an ultra-wide-angle lens on this device has added an extra perspective while taking the shots. As far as the front camera goes, a 16MP selfie snapper does the job. 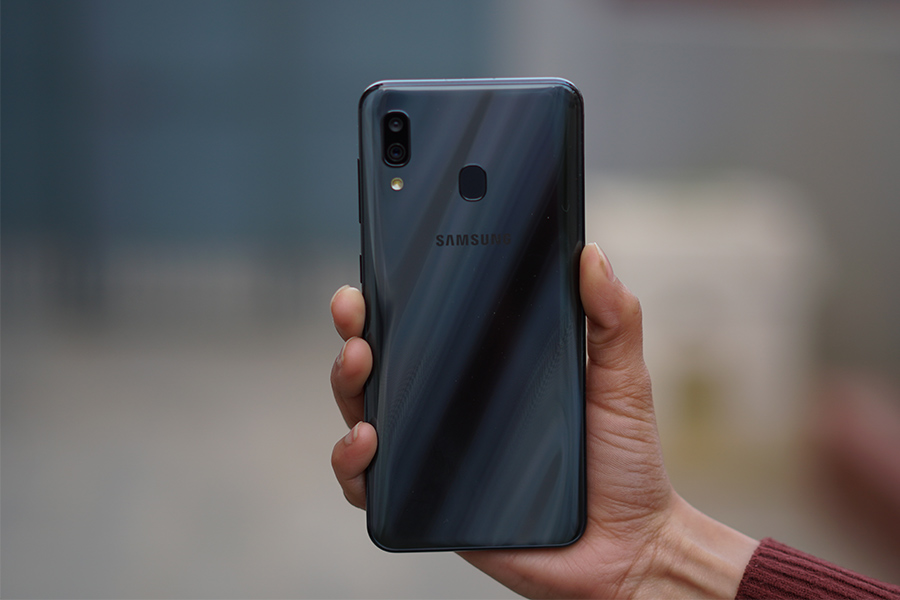 Software-wise, the phone boots on Android Pie out of the box. The phone also enjoys Samsung’s custom skin OneUI on the top. The phone also comes with a sizable 4000mAh battery with 15-Watt fast charging support.

Just like the Galaxy A30, A50 also comes with a 6.4-inch Super AMOLED display with a U-shaped notch on the top. The display here is enriched with Full-HD+ resolution packing 403 pixels in every inch. So needless to say that the contents on this handset will look sufficiently sharp with great color depth. Under that display rests a fingerprint sensor. And for the price it asks for, the inclusion of under-display fingerprint sensor is notably praiseworthy. 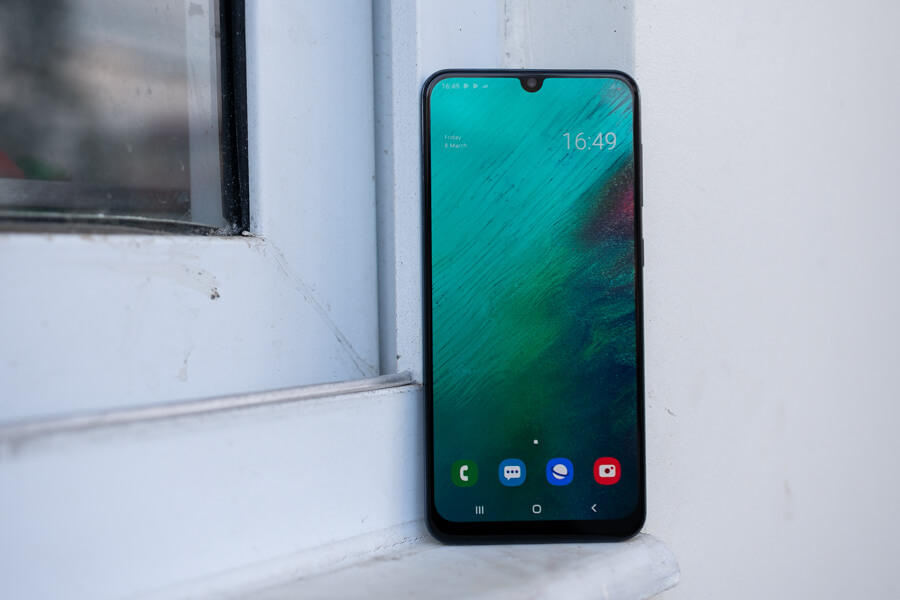 In terms of camera, the Samsung Galaxy A50 flaunts a triple camera setup at the back. The primary 25MP shooter is backed by an 8MP ultra-wide-angle camera and a 5MP depth sensor. So not just the portrait shots, users can also get a stretched field of view from this device. On the front lies a 25MP shooter, which comes with an f/2.0 lens. 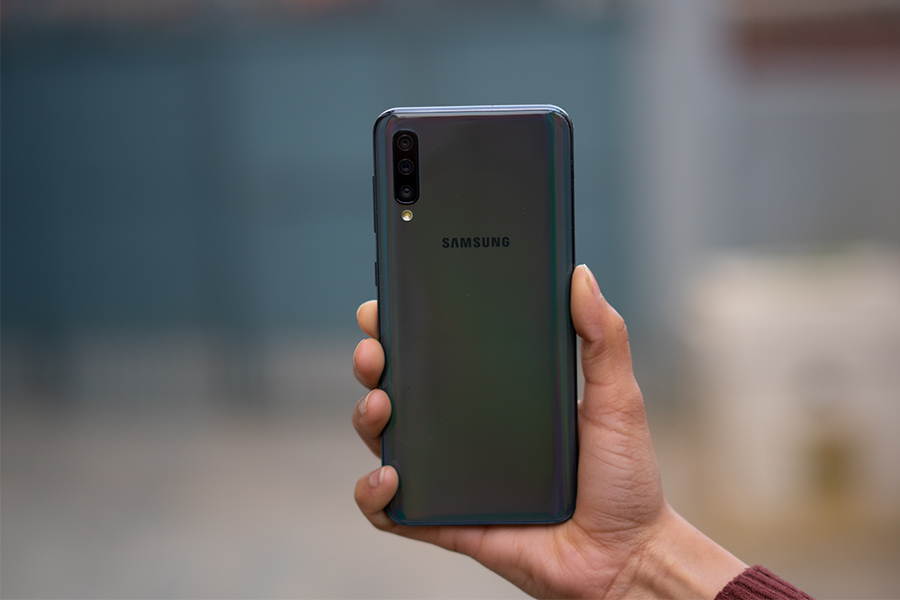 Even on the performance side, the A50 has got quite a boost when compared with the A30. It flaunts a rather capable Exynos 9610 chipset, whose performance is comparable with Snapdragon 660. Alongside the processor comes either 4GB or 6GB of RAM. And talking about the onboard memory, users have the option to choose from 64GB and 128GB variants. Plus, there is a dedicated SD card slot to expand the storage up to 512GB in case of insufficiency.

Samsung Galaxy A30 and A50 Price in Nepal