Smartphone manufacturers are now shifting towards making 5G available in their cheaper handsets. Recently, we saw Realme launch the V3, the cheapest 5G smartphone yet. And now, Samsung has followed the suit by announcing its own cheapest 5G smartphone. In a somewhat unusual announcement, Samsung unveiled some images and a few specs of the new Galaxy A42 5G.

The Galaxy A42 5G deviates from the small form factors that the previous Galaxy A40-series had. This device comes with a huge 6.6-inch Super AMOLED screen. For comparison, its predecessor, the Galaxy A41 had a 6.1-inch display. Now, we do not have much info about the resolution. However, considering the fact that the A41 had a 1080p display, the same is expected on this one too. The display also comes with a water-drop notch, which according to the rumors, will house a 20MP selfie camera.

Around the back, there’s been a slight design change. The panel is now divided into equal-sized segments, which frankly looks woeful. Anyway, the rear cameras are arranged in a square panel. And it is a quad-camera array. Currently, we don’t have any details about the camera modules. However, recent leaks suggest that it includes a 48MP primary sensor and a 5MP depth sensor. 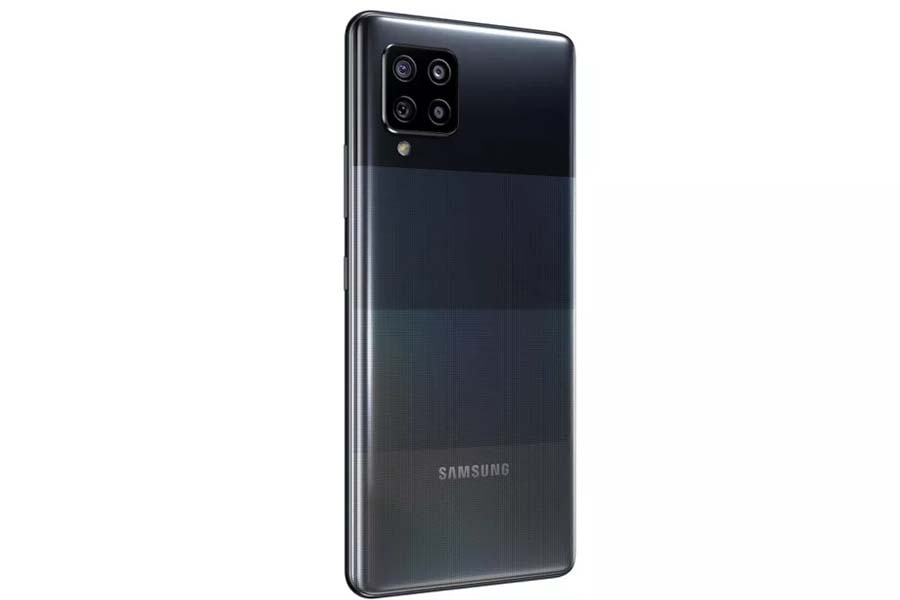 Under the hood, the device will run on the Snapdragon 690 processor. And it will be complemented by 4GB of RAM. The storage offered will be 128GB. However, the rumor is that a 64GB variant will be available too. As for the battery, it supposedly has a 5000mAh unit.

The Samsung Galaxy A42 5G will be the cheapest Samsung device with 5G support. Now, their previous “cheapest” 5G device i.e the A41 5G was launched at a price of $499. However, considering the fact that, Samsung has called A45 5G the cheapest one yet, it will probably launch at a lower price. The details about the availability and the prices will be revealed in the near future. So, stay tuned!