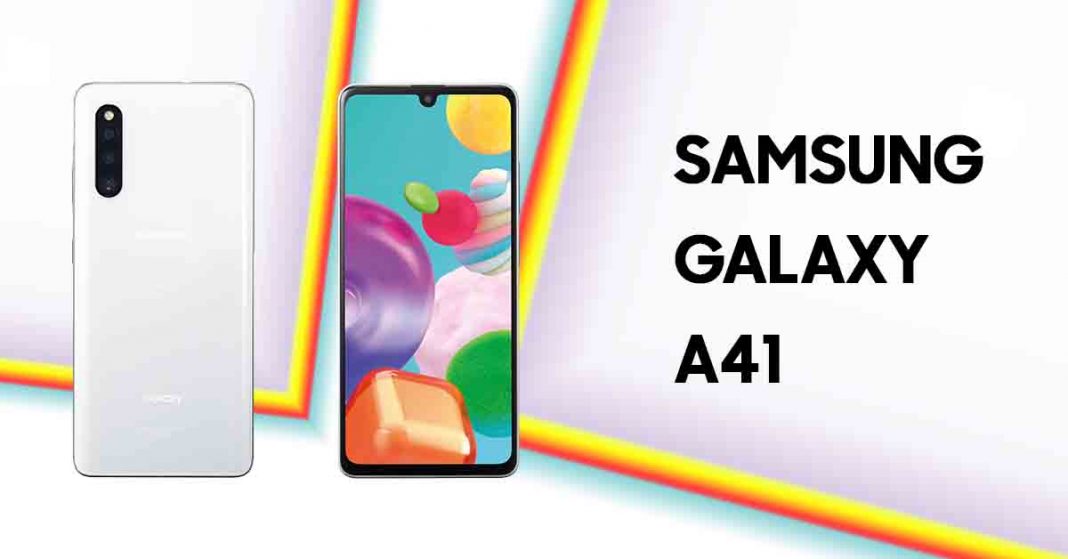 These days, Samsung is pretty busy announcing successors to devices under last year’s ‘M’ and ‘A’-series of smartphones. Just days ago, it announced the Samsung Galaxy M21. And now, it has announced Samsung Galaxy A41 in Japan which is set to launch later this year. Let’s take a look at the specs, expected price in Nepal and the official launch date of Samsung Galaxy A41.

Samsung Galaxy A41 is a successor to last year’s Samsung Galaxy A40. The device comes with a 6.1-inch Super AMOLED display, with an FHD+ resolution. Design-wise, there is nothing to write home about the device. It looks different from the earlier leaked renders and comes with a notched display as its predecessor. At the back, however, there are four camera sensors arranged linearly on the top left edge of the device. That’s two more sensors to last year’s A40. Also, the fingerprint sensor is now under the display.

The device comes with MediaTek’s Helio P65 under its hood. It is not the best chipset out there but is gaining popularity with devices like Vivo S1 using it. Galaxy A41 comes with 4GB RAM and 64GB internal storage onboard and will launch with Samsung’s One UI 2.0 on top of Android 10.

The camera arrangement on the back doesn’t align with the recent Samsung trend. Samsung has been including a rectangular camera array for most of its mid-range and high-end phones. Even the M21 with a similar camera setup has it. But the A41 comes with liner arrangement which reminds us of last year’s Samsung devices. 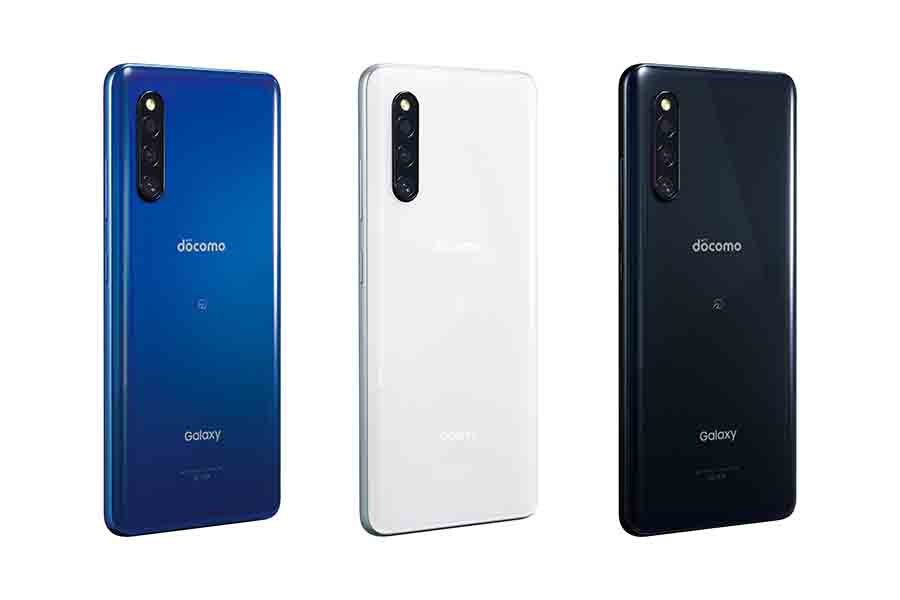 It comes with a 48MP primary camera which is accompanied by an 8MP ultra-wide sensor, a 5MP depth sensor. This particular setup looks similar to that of M21. For, selfies there is a 25MP camera setup. To recall, A40 also had a 25MP camera on the front.

The device comes with a 3,500 battery which supports 15W fast charging. Other than that, the device is IP68 rated against damage by water and dust. This might give the phone an edge against other mid-rangers as the rest of the specs don’t sound that great.

The price of Samsung Galaxy A41 in Nepal will depend upon the specs it lands with. The device might launch outside of Japan with different specs. Samsung Galaxy A41 will be launched in Japan in June through Docomo Networks. There is still enough time left for Samsung to make changes even in the Japenese variant.

Check out our long term review of Realme X2!