The camera is the striking feature of the handset. And as mentioned earlier, the smartphone carries four cameras at its back. The primary rear camera on the A9 2018 embraces a 24MP sensor, which comes with an f/1.7 lens. There is also an 8MP camera module with an ultrawide angle lens, which increases the field of view. The additional 10MP camera module on the phone features a telephoto lens, which can be used to capture images with 2x lossless optical zooming. And lastly, there is a 5MP depth sensor, which comes into play while capturing the portrait images. Talking about the front camera, the phone boasts a 24MP sensor featured by an f/2.0 lens. Since Samsung has a good record of providing quality cameras on its phone, we can expect the cameras on the phone. 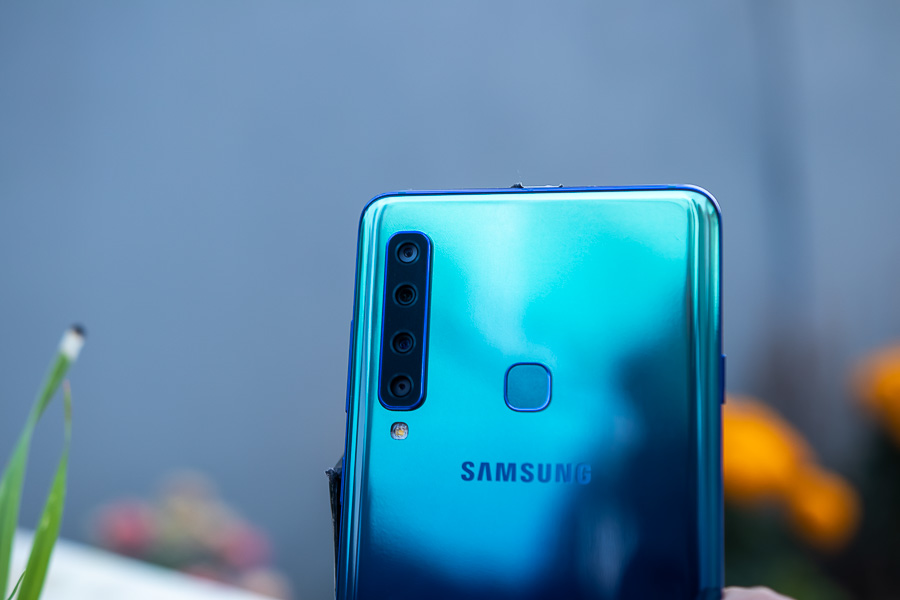 On the performance front, Samsung Galaxy A9 2018 comes with Snapdragon 660 chipset with 6GB of RAM alongside. In terms of memory, the A9 2018 flaunts 128GB of onboard storage, which can be substantial for most of the users. Additionally, there is a dedicated slot for a micro SD card to push the storage limit further.

Talking about the display, the phone comes with the tall 6.3-inch Super AMOLED display. The handset features Full-HD+ on the resolution front boasting a 392PPI of pixel density. So with this display setup on the phone, we can expect to view sharp, crisp and vibrant contents on the phone. The phone also looks note-worthy in terms of horsepower. With 3800mAh battery, the battery backup looks dependable. There is also a fast-charging feature to squeeze power juice to the phone in a relatively shorter time. Talking about the colors, the phone comes in Caviar Black and Lemonade Blue options in Nepal.

Samsung Galaxy A9 2018 Price in Nepal