After all the leaks and teasers, Samsung has finally launched the Galaxy F62 in India. The device is the first mid-range device from Samsung to pack the Exynos 9825 chipset. It is the same chipset that was used on the Galaxy Note 10+. In this post, we will be taking a look at the specs, features, expected price, and availability of the Samsung Galaxy F62 in Nepal.

Samsung has been teasing the fans with the #FullOnSpeedy tag for some time now. The reason being the inclusion of the Exynos 9825 on the Galaxy F62. It is a flagship-grade older chipset from Samsung that was used in 2019’s Galaxy Note 10 lineup. It’s the first time the company is using it on a mid-range device. Samsung has claimed the F62 with the Exynos 9825 is the best performing device in its segment and Samsung has different benchmark scores to back it up. 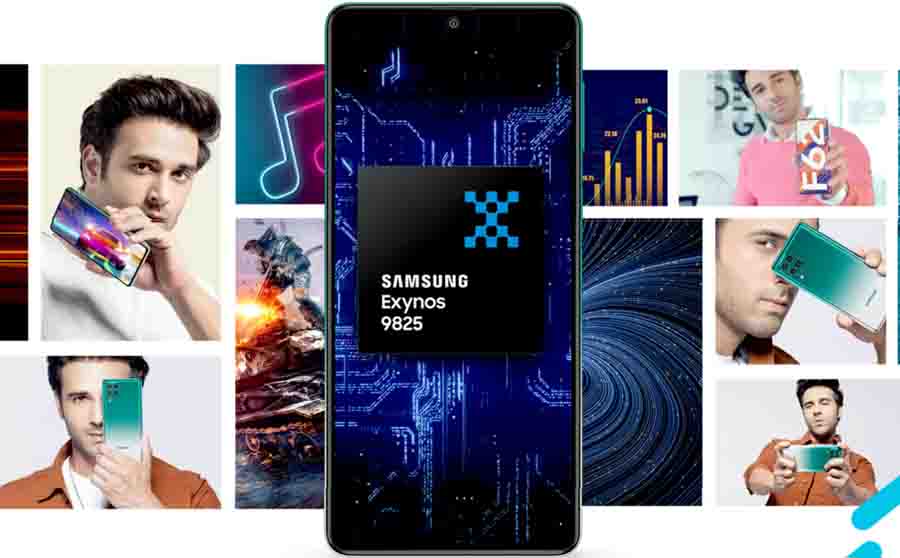 The phone features a 6.7-inch FHD Super AMOLED+ display. The display has a center-aligned punch-hole cutout that will house the selfie camera. It covers up to 110% of the NTSC color gamut and boasts a contrast ratio of 1000000:1. Similarly, the phone is listed with brightness levels of up to 420 nits. 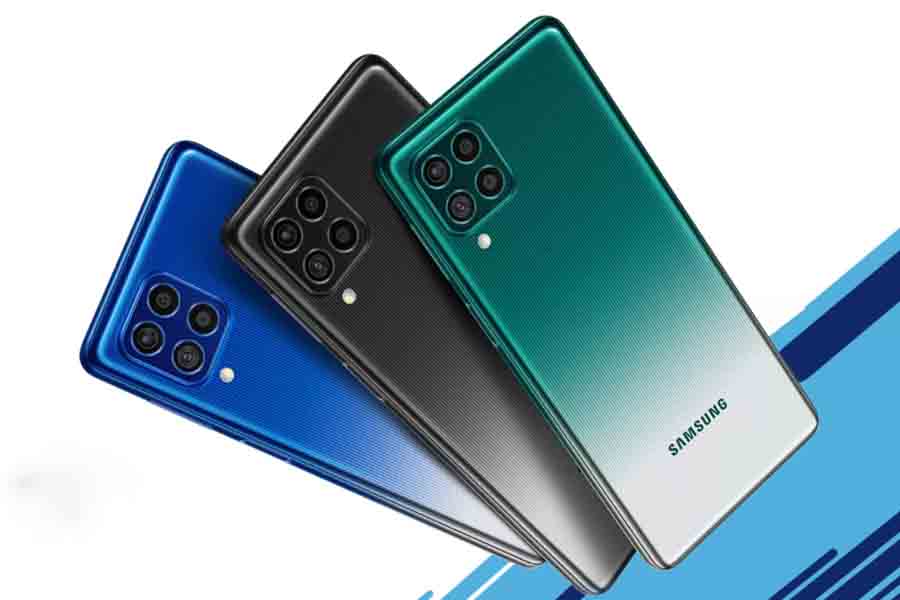 Even though the phone features a massive battery, the phone is just 9.5mm thick. The rear panel sports a laser gradient design and is available in three color options – Laser Green, Laser Blue, and Laser Blue.

At the back, the device has a square camera module that houses the quad-camera setup. Samsung has used a 64MP sensor for the main camera. It will be accompanied by a 12MP ultrawide sensor, a 5MP macro camera, and a 5MP depth sensor.  On the front, there is a 32MP selfie camera.

The camera setup looks a lot like what we had in the Galaxy M51. However, the use of the new processor and its Image Signal Processor (ISP) could result in a different experience. Also, users get to enjoy features like Single Take, Smart Crop, Hyperlapse, and Boomerang.

Just like the M51, the F62 has a side-mounted fingerprint sensor even though it has an AMOLED panel. It is available in two RAM variants – 6GB and 8GB. Both variants feature 128GB of internal storage. The phone ships with Android 11 with One UI 3.1 on top. It also has the Samsung Knox for added security. 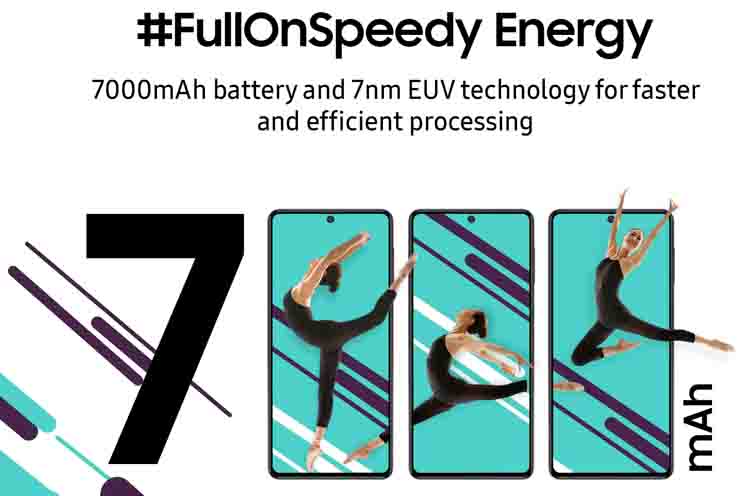 Another talking point of the device is its battery. The phone features a massive 7,000mAh battery and Samsung is shipping it with a 25W fast charger.  There is a USB Type-C port at the bottom of the device. It is placed between the 3.5mm headphone jack and the speaker grill.