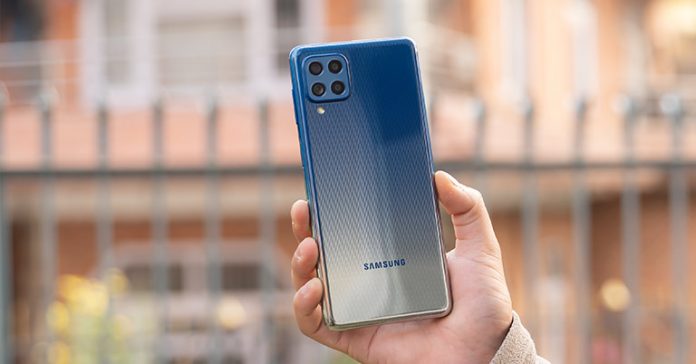 Last year’s Galaxy M21, M31, and the M51 were a massive hit for Samsung. Building on its success, Samsung Nepal has just launched the Galaxy M62 which is a rebranded Galaxy F62 for the international market.  Let’s learn more about the Samsung Galaxy M62 along with its official price and availability in Nepal.

Galaxy M-series was Samsung’s attempt to take over Chinese brands in the budget and mid-range in the South Asian market. This lineup is focused on providing reliable smartphones, especially in terms of battery endurance for everyday life.

Here, the Samsung Galaxy M62 also features some good specs for the price. It has a 6.7-inch Full HD+ display with a 60Hz refresh rate and a 20:9 aspect ratio. However, the back panel on the M62 looks more modern than that of the last year’s M51, thanks to a glossy finish and gradient design. Likewise, the Galaxy M62 offers an improvement on the performance front too. Compared to the mid-range Snapdragon 730G that powers the M51, the Galaxy M62 has a 7 nm-based Exynos 9825 chipset.

Since it’s the same chipset powering the Galaxy Note 10+ from 1.5 years ago, you can expect better performance than the Snapdragon 700 series mobile chipset. Similarly, the phone is available in 2 memory options: 6/128GB and 8/128GB. Both variants come with a dedicated microSD card slot. On the optics department, the Galaxy M62 boasts similar specs as the Galaxy M51. On the back, there’s a 64MP primary lens, 12MP ultra-wide-angle lens, and 5MP macro and depth sensor. The front houses a 32MP selfie snapper. Since the camera processing is performed by Exynos 9825’s ISP, we can expect better camera output than the M51.