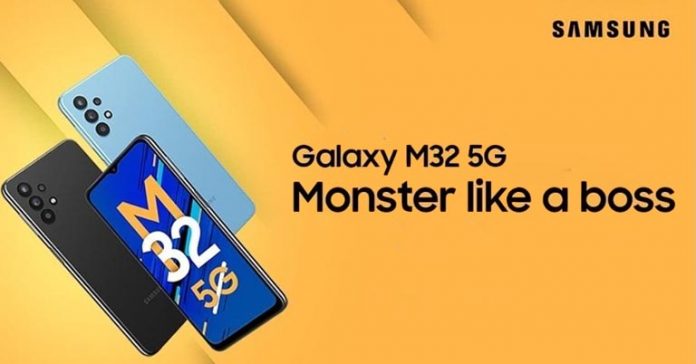 South Korean smartphone giant, Samsung recently launched the 5G variant of the Galaxy M32 in India. The new smartphone comes with 5G connectivity and a new processor compared to its 4G counterpart that was launched back in June. So, let’s get into the specifications, features, expected price, and availability of the Samsung Galaxy M32 5G in Nepal.

We’ve been noticing a disappointing trend in the smartphone market recently where companies have been trading off crucial specifications in order to deliver 5G connectivity in their mid-range phones. The new Galaxy M32 5G is no exception in this regard since it lacks the majority of the bells and whistles from the regular Galaxy M32.

Samsung Galaxy M32 5G boasts a 6.5-inch TFT LCD panel with just HD+ resolution and a 20:9 aspect ratio. On the front, it has an Infinity-V notch. The company has even downgraded the refresh rate of display from 90Hz on the regular M32 to 60Hz on the 5G model. To compare, the LTE variant of Galaxy M32 has a 6.4-inch Full HD Super AMOLED screen. 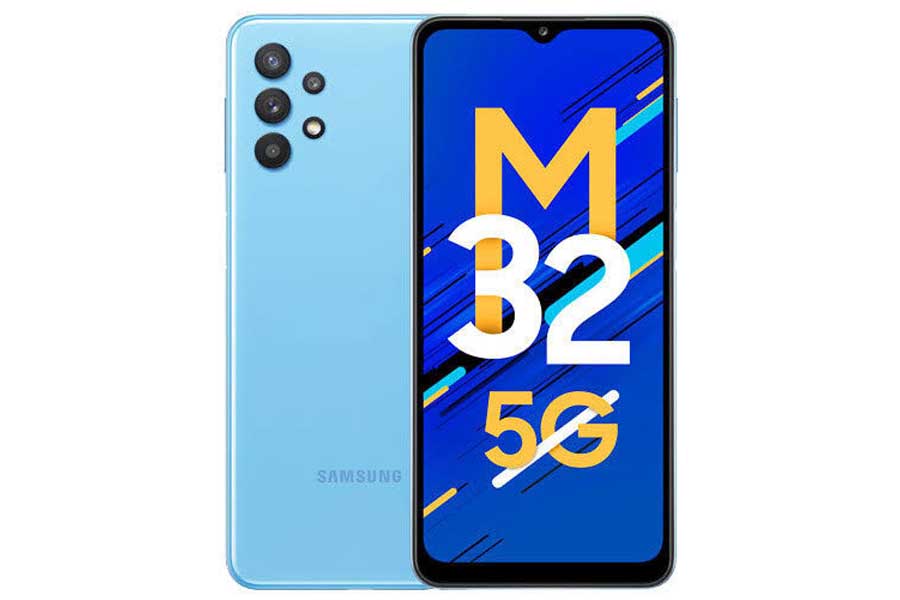 In terms of design, this smartphone bears no resemblance to the vanilla M32. As a matter of fact, it has a design language and specifications comparable to Galaxy A32 5G. It is available in two color options: Slate Black and Sky Blue.

Powering the phone is the MediaTek Dimensity 720 chipset coupled with up to 8GB of RAM and 128GB of storage. It boots on One UI 3.1 based on Android 11. Samsung is promising two years of major OS updates, while the device supports twelve 5G bands.

Fueling the smartphone is a 5,000mAh battery that charges via a 15W fast charger. The global variant, however, enjoys a 25W charging support. Getting to the cameras, Galaxy M32 5G features a quad-camera setup at the back led by a 48MP primary lens. This is accompanied by an 8MP ultra-wide lens (123º FOV), 5MP macro, and 2MP portrait sensor. Similarly, the Infinity-V cutout on the front houses a 13MP lens for selfies.

Furthermore, it comes with a Samsung’s Knox Security suite and the Alt Z mode. The latter is a feature that allows users to go back and forth between the main and private modes by double-pressing the power button. For biometric, there’s a side-mounted fingerprint sensor.