Samsung unveiled the Galaxy A32 5G last month and now the device is now launched in Europe. Let’s take a look at the specs, features, expected price, and availability of the Samsung Galaxy A32 5G in Nepal.

Samsung Galaxy A32 5G sports a 6.5-inch display with a V-shaped notch to house the front camera. As a measure of price-cutting, Samsung has refrained from including an AMOLED panel. Thus, the Galaxy A32 5G makes use of a TFT LCD panel. Also, the resolution has been scaled down to HD+.

Samsung has completely changed the look of the rear panel on the new A32 5G. It has gotten rid of the rectangular camera bump and now the four cameras protrude from the rear panel. The fingerprint scanner has been moved from the back to the side of the phone. Thus, the rear panel looks much cleaner now.

Galaxy A32 is powered by MediaTek’s Dimensity 720 SoC. As a result, it’s the first phone from Samsung to use a MediaTek Dimensity chipset. The device is available in 4GB RAM configuration. Users can get up to 128GB of internal storage. The internal storage is expandable up to 1TB by slotting in a microSD card. 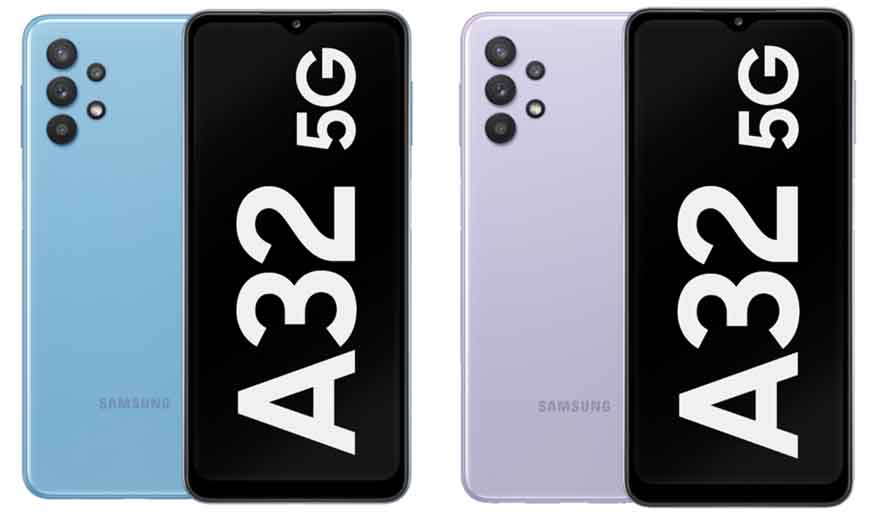 Going from Galaxy A31 to A32 5G, Samsung has hardly made any changes to the camera specifications. Like its predecessor, the Galaxy A32 5G features a quad-camera setup led by a 48MP primary camera. The main camera has a slightly bigger aperture of f/1.8. It is accompanied by an 8MP ultra-wide camera, 5MP macro lens, and a 2MP depth camera. On the front, you get a 13MP selfie shooter.

A massive 5,000mAh battery fuels the Galaxy A32 5G. The phone also supports a fast charging speed of up to 15W. It also supports Dolby Atmos for surround sound. There are four color options to choose from – Black, White, Blue, and Violet.

Samsung Galaxy A32 5G Price in Nepal and Availability