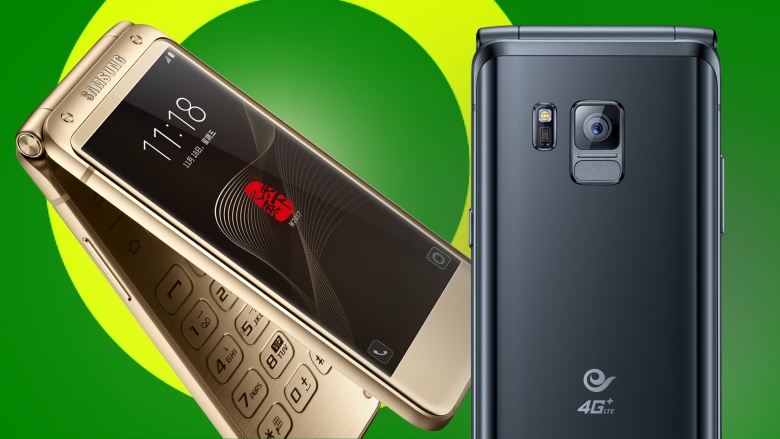 Yes, you read the title right. Samsung released a flip phone that is estimated to run you $2953 when it hits the market. A staggering Rs. 315,363 worth of flip phone! But the device, code-named Veyron, is not any ordinary flip phone. It packs specs a flagship phone of today would pack.

Samsung released the Samsung Galaxy Folder 2 in August. It was a great flip phone that was equipped with features a low-end smartphone of the present time is equipped with. It was packed with features like Qualcomm Snapdragon 425 Chipset with 1.4GHz quad-core processor, 2GB RAM, and Android 6.0 Marshmallow among others. However, it looks like the company isn’t stopping there.

Yes, the specs are top-notch, but it doesn’t justify the pricing at all. The flip phone features dual displays, one on the outside and another on the inside. The display comes with an ‘Always On’ feature like Samsung’s flagship nowadays have. The display stands 4.2-inch tall. It has full HD (1080 x 1920 pixels) resolution.

And it’s not just that. The Samsung W2017 is powered by a Quad-core Qualcomm Snapdragon 820 processor that is aided by a whopping 4GB RAM. Not so ordinary now, is it? And it doesn’t stop there. The device features 64GB of onboard storage.

Talking about the camera, the Samsung W2017 houses a 12-megapixel rear-facing camera with a f/1.9 aperture with 4K video recording and a 5-megapixel front-facing camera for selfies. On the software department, the device runs on Android 6.0.1 and even features a fingerprint sensor. Other features include NFC and dual SIM with LTE. How cool is that?

The Samsung W2017 is powered by a 2,300 mAh battery that can be charged via wireless charging. The only drawback is that this device will probably be exclusive to China. However, it could be made available in other countries if there is a huge demand for the device. I should also mention that there is no Headphone jack!

Here’s all you need to know about the Samsung W2017:

Samsung SM-W2017, or Samsung Veyron, shows that the company will still be cashing in on the flip phone market. People, especially celebrities, are being attracted to flip phones these days for its security.