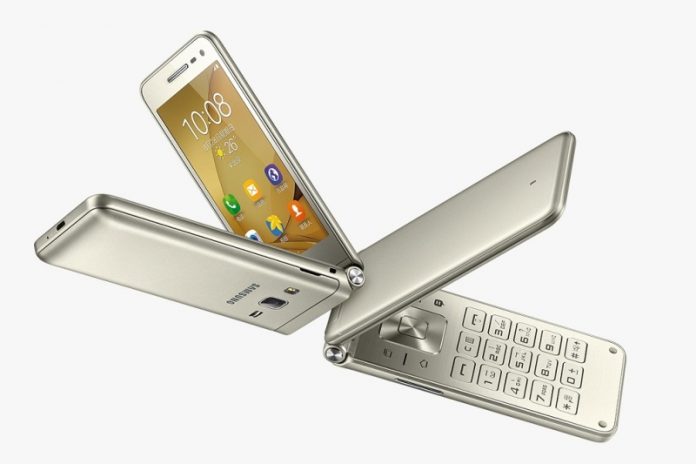 After plenty of leaks in the previous weeks, Samsung China finally unveiled the device. The all-new Galaxy Folder 2 sports a design from the 90s with the specifications of a top smartphone of the present time. The Folder two packs a Qualcomm Snapdragon 425 chipset with 1.4Ghz quad-core processor and 2GB RAM. The device has 16GB of onboard storage with a microSD card slot. It has been rumored that the device will feature 128GB of expandable storage. It runs on Android 6.0 Marshmallow out of the box. Samsung has not clarified whether the device will be upgradable to Android 7.0 Nougat or not.

Moving on to the camera, the Folder 2 features an 8-megapixel rear camera with an LED flash, and a 5-megapixel front facing camera. Both these cameras have an f/1.9 aperture. The rear facing shooter can capture videos up to 1080p.

The Folder 2 features a 3.8-inch TFT LCD display with a resolution of 480 x 800 pixels, i.e. a WVGA resolution. The device comes with a battery capacity of 1,950mAh. Samsung has claimed the device to have a whopping 318 hours of standby time.

Other than these features, the Folder 2 has a hybrid dual sim slot where the users can either use dual-sim, or a sim and a microSD card. The phone is an LTE device with a single band Wi-Fi b/g/n. It also features GPS, Bluetooth 4.2, a microUSB 2.0 connector, an accelerometer, a hall sensor, and a proximity sensor. 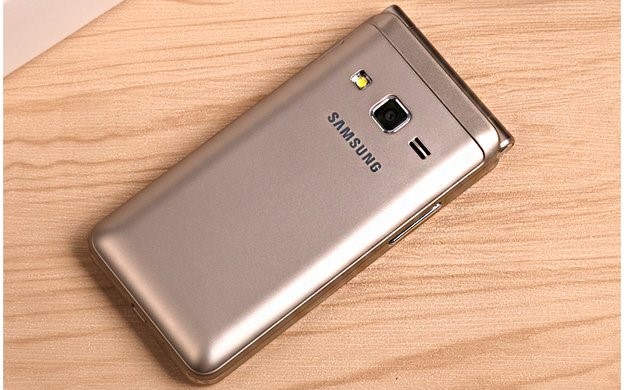 It is fascinating that smartphone manufacturers can still come up with a device from the past that features specifications of the present. Flip phones are slowly growing in popularity and it’s an exciting news for all of the smartphone lovers. If you want to read more on how flip phones are growing up to be people’s choice, click here.

Samsung hasn’t yet disclosed the price and as to when the device will be available in the market. However, it has been rumored that the phone will cost around $285 in the international market.