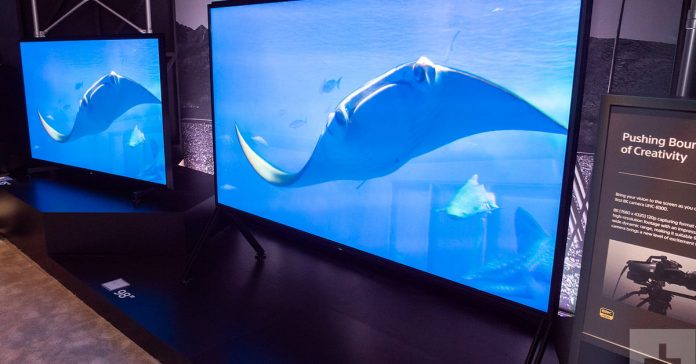 This year at CES, if there is something common in all the TVs being launched is, huge and 8K. Yes, we saw TVs from Samsung and LG recently and popular TV manufacturer Sony has also boarded the same train! And if this year’s offering is something like the prototype we saw last year, it should be a masterpiece! So, this time at CES 2019, the company has put forward the Z9G, Sony’s first 8K TV that seems really really huge! The first thing that takes away the show is definitely the resolution. 8K is a lot of it and so much in a small size would be wasted. So, the company has brought to the table a very huge one that is sized at 85 and 98 inches. Apart from these, Sony also has hinted that this year’s models are updated with the latest image processors and X- Reality PRO technology to be optimized especially for 8K content. This ensures that all the content looks as good as possible, regardless of their native resolution.

These products have been launched under Sony’s Master series and also feature Netflix Calibrated Mode and IMAX Enhanced. But last year, Sony had introduced the OLED Acoustic Surface Audio technology that made the screen act as the speaker too. Unfortunately, that technology is not supported by LCD panels, so the Z9G has four front-facing speakers, two at the front and two along the bottom. Sony claims that these speakers have the same effect as MicroLED speakers.

Meanwhile, Sony’s OLED TV series also got a refresh this year. This includes the Master series A9G coming in sizes such as 55,65 and 77 inches. The OLED panel has an upgraded speaker tech as well, known to us as Acoustic Surface Audio+ that features two actuators and two subwoofers.

Both the A9G and Z9G have features such as Andriod TV, and compatibility with Google Home as well as Amazon Echo smart speakers.