At this year’s CES the focus of TV manufacturers like Samsung and LG seems to be the screen. Yesterday, we saw a prototype of a 75- inch modular 4K Samsung TV made with micro LEDs. It’s apparently known as The wall TV. And today things just got more interesting with Samsung and LG releasing 8K TVs! Well, if you think that is interesting, wait until I drop the bomb! Those TVs support iTunes and Apple’s AirPlay 2, Boom! Samsung Electronics has formally unveiled its 2019 series of TVs at CES. The 85-inch OLED TV was just not it that Samsung unveiled another 8K TV sized at 98 inches. Not just the two sizes, the 8K models will be available in 62, 65, 82 and 85 inches for purchase soon after the pre-bookings are over.

Software-wise, those Samsung TVs will feature a Universal Guide with “improved” AI capabilities, along with the latest version of Bixby and support for Alexa and Google Assistant voice controls with extended support for iTunes and Airplay 2. This is the first time Samsung has borrowed Airplay with Apple.

However, seems like Samsung isn’t the only one doing this. Other major players in the sector are also onboard. LGs new lineups of 8K TVs will also feature iTunes and Airplay too. So, anyone using an iPhone will be able to stream their desired content from phone to TV. In addition, LG says that its TVs will support Apple’s HomeKit system too, so they can be controlled with home routines. 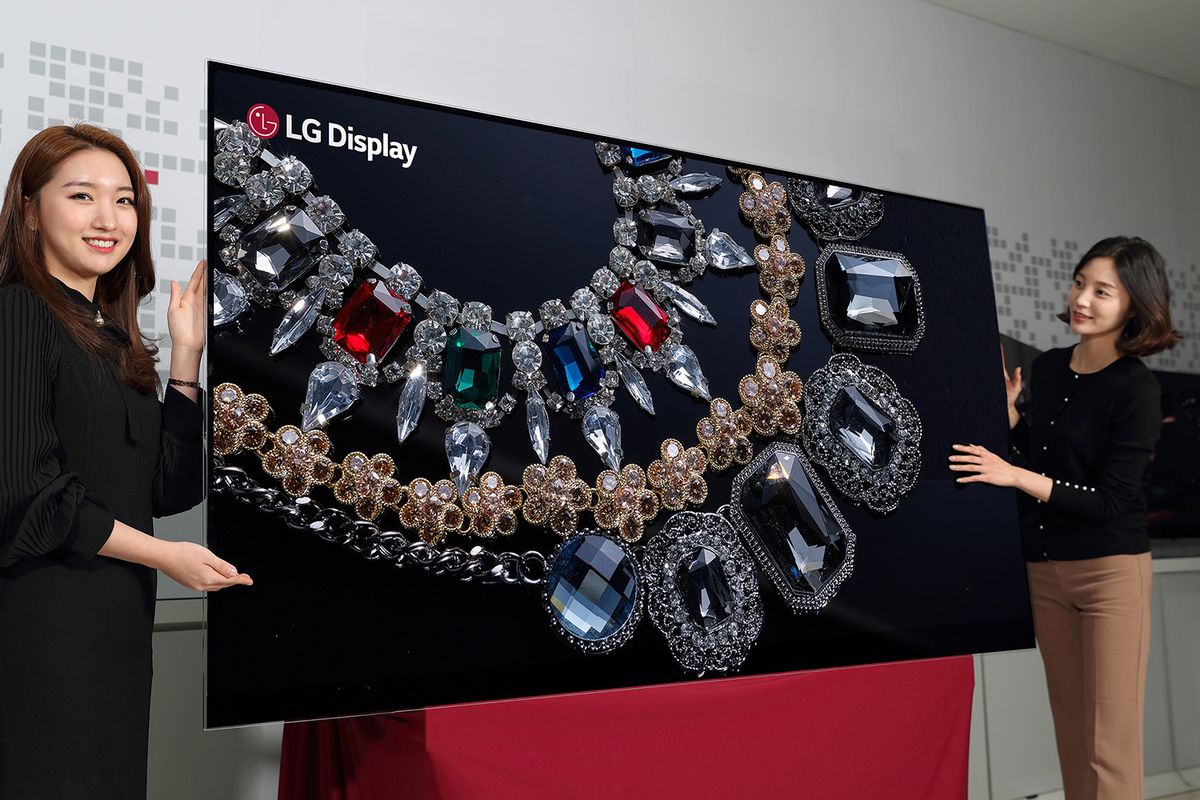 The 8K TV that LG is rolling out is called Z9, will have α9 Gen 2 processor with improved AI capabilities that will help enhance picture quality by adjusting the brightness and mapping colors in accordance to ambient conditions that will be measured by the light sensors in the TVs.

Along with 8k TV sets, LG has also confirmed that the company’s groundbreaking rollable TVs are going for sale this year and will be very expensive. It’s been a year that we saw a prototype in 2018 and this year finally the company’s flagship 4k rollable OLED TV will be out in the market for purchase. This year’s to come rollable TV by LG will have a refined base station and added 100- watt Dolby Atmos speaker for powerful built-in audio.