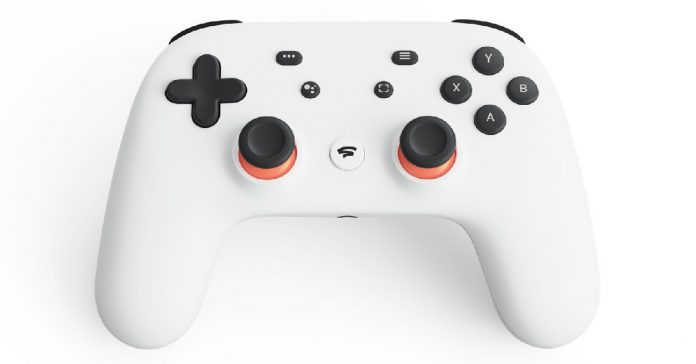 Who doesn’t love playing the latest and graphics-intensive games? But sadly, playing such games requires a power PC or a good gaming console. Wouldn’t it be great if playing high-end games were as smooth as watching video contents on YouTube? Well, Google finally seems to hear the prayers of all the gamers. It launched a new gaming platform called “Stadia” (plural of Stadium). Google promises that, with this gaming platform, playing games would be as easy as streaming videos online. Furthermore, no powerful hardware would be required.

The project sounds ambitious but it looked ravishing when Google showcased the platform in GDC (Google Developer Conference). In the conference, a volunteer showed Assassin’s Creed Odyssey playing it on multiple devices. And the surprising thing about that is the game ran on a low-end gaming PC, Google Pixel 3 smartphone, a tablet, and television without a fuss. And what was even more exciting was the game streamed at 4K resolution and 60fps without a sign of stutter.

Google says the primary motive of the platform is to free the gamers from the hardware limitations of the gaming devices. And while playing the games in the platform, a user does not necessarily require powerful gaming hardware. That’s because the game does not run the device being used by a gamer, it will run on Google’s global network of data centers instead. Since Google’s data centers have a lot of computing power at its disposal, even the heaviest of the games will also run very smoothly. This also gives the developers an opportunity to build graphics-intensive games since there will be no computational limitations.

“When Stadia launches later this year, we expect to be able to deliver 4K 60 fps at approximately the same bandwidth requirements.”

Although Google said any controller at the users’ disposal can be used to control the games, Google also announced a gaming controller on its own. The Stadia Controller comes with an in-built microphone, a dedicated Screenshot button, and a Google Assistant button. It also has two joysticks, four action buttons, a full-size directional pad, and two shoulder buttons on either side.

Google announced to deliver gaming at 4K resolution and 60fps and to further go with 8K resolution in the future. That looks appealing but Google also described that the possible resolution and frame rate output to differ according to the internet connection of the user. Also, there is internet latency to consider. So although the concept looks tantalizing, we are not yet sure how the platform will be like when it comes to life. But if Google delivered as promised, the platform could be intimidating for the gaming consoles like PlayStations and XBoxes. It might affect the sales of powerful graphics cards as well.