In this review, I’ll be talking about my experiences with the Xiaomi 12 Pro. It arrived in Nepal a couple of weeks ago and it’s been confirmed to launch in the Indian market on April 27. Anyway, this is the most expensive Xiaomi phone on the market right now.

Technically, this is not their top-of-the-line flagship phone of 2022 since there will also be an “Ultra” variant just like last year. Here, I have been using this phone for about 2 weeks or so along with the Galaxy S22+. So, let me share all my experiences with it, where I will be focussing on the differences I noticed while using this Xiaomi flagship against the S22+. Let me get started with the good things about this phone. And for me, one of the best things about the Xiaomi 12 Pro has to be its display. There is practically no flagship feature missing from this screen whatsoever. It’s a Samsung-made 120Hz E5 AMOLED panel with 2K resolution, it’s got 480Hz touch sampling rate, HDR10+ support, and it’s also a 10-bit display with LTPO 2.0.

And quality-wise, I found that it competes with the S22+ impressively. I still love Samsung’s color calibration over Xiaomi’s a bit more—and the S22+ is slightly brighter too—but that’s me nitpicking. In real-life usage, Xiaomi 12 Pro’s display is legitimately top quality. The company has also implemented the adaptive refresh rate really well.

The only thing that I’ve missed here is DC dimming, which I consider to be an important aspect when it comes to flagship displays. Realme’s GT 2 Pro which is a much cheaper phone than this has it and other flagships such as the S22+ also support DC dimming, so I wish Xiaomi hadn’t skipped on it. Likewise, the fingerprint sensor here is an optical one, as opposed to an ultrasonic implementation in the S22+. But I don’t mind that since the one on Xiaomi 12 Pro is fast and reliable. Overall, the display experience has been quite pleasant for the most part.

And, I don’t mean that just visually because interacting with this screen feels really good too—thanks to the phone’s excellent vibration motor. So, while typing or unlocking the device, you are greeted with effective haptic feedback that’s strong but not buzzy.

Now, as someone who spends most of their time watching YouTube and Netflix, I am fairly impressed with the quality of its speakers too. It has four speakers in total tuned by Harman Kardon.

Again, I did compare it against the Galaxy S22+ and found S22+’s audio to have a wider soundstage while sounding fuller and more balanced too. So, although the Xiaomi 12 Pro’s audio quality is quite crisp, it still isn’t there with Samsung’s flagships just yet.

Another aspect that I’m quite fond of about this phone is the design. I know, it’s not a particularly unique-looking device or anything. In fact, it’s quite simple but it looks good. And more importantly, it’s well-built. So when you take the Xiaomi 12 Pro in your hands, you will instantly notice that it’s got a good heft, thanks to the premium glass design and metal frames. 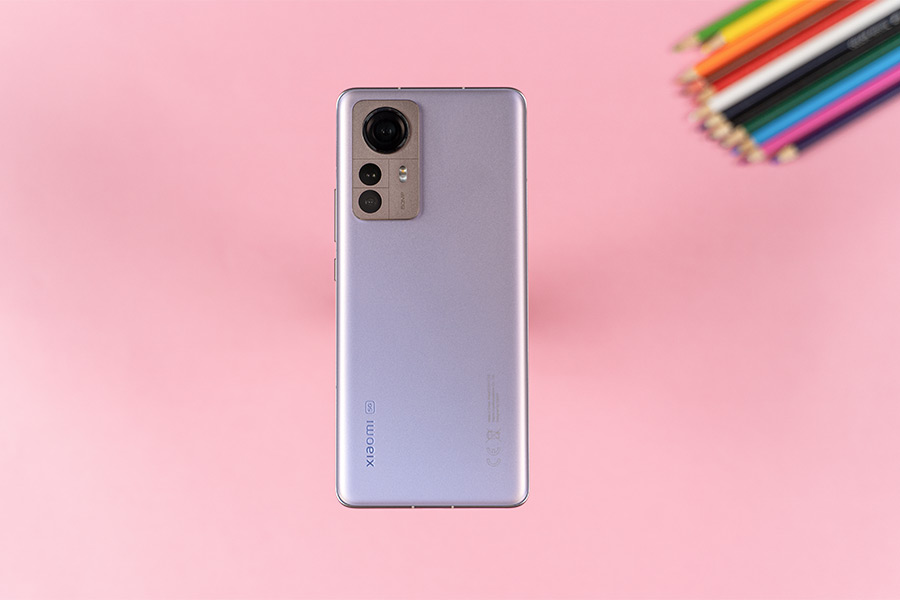 From the very first day, I used this phone without a cover because it felt really good on my hands. But then, I quickly realized how slippery it was, so I had to slap in the silicone case that Xiaomi provides inside the box.

And I would advise you to do the same because, unlike the front which has Gorilla Glass Victus, the back of this device only sports Gorilla Glass 5. And on a related note, something that’s bugged me since day 1 of using the Xiaomi 12 Pro is that it does not come with any form of IP rating and that’s a major bummer for me.

I’m ashamed to admit that I am a very clumsy person, so I’ve had to be extra careful not to accidentally spill water, tea, or anything on the phone. And mind you that I have been using the S22+ long before this and the S22+ has gone through a lot.

Okay moving on, when this phone was first released in China, a lot of reviewers complained about its insane throttling issues. Hence, the performance side of things on the Xiaomi 12 Pro was something I was quite eager to test out. So, I also ran a couple of throttling tests aaaand…. look at the results yourself. It throttled to 55% of its max performance in this 30-minute stress test, which is terrible.

For those of you who are not very technical, the yellow and red colors on the graph are bad news. And here, the reds would start appearing within the very first 5 minutes, so I kept my hopes pretty low regarding its performance.

But surprisingly enough, I didn’t find many issues here in real-life usage. Under all my day-to-day chores, which basically include using social media, writing emails, clicking photos, receiving and making phone calls, etc, the phone felt fast and responsive with zero lags or micro stutters. And I didn’t find it overheating or struggling to keep up even once.

It was only when playing demanding games like Genshin Impact that this Snapdragon 8 Gen 1-powered phone would start showing signs of distress. At its highest graphics settings, the Xiaomi 12 Pro would get rather hot around the camera module within 5-7 minutes into the game. And after about 10-12 minutes, I measured its peak surface temperature at 43°C. 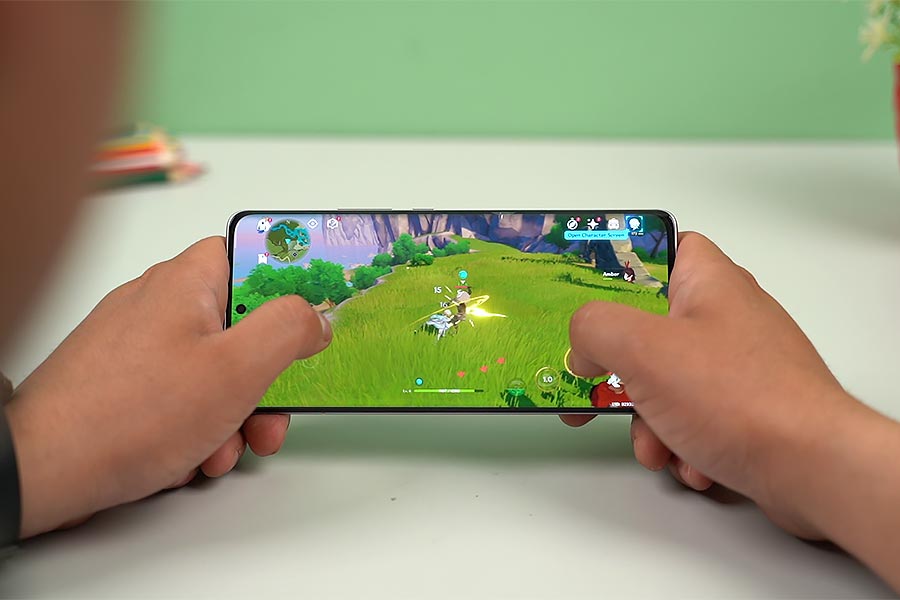 I did not notice performance throttling so much since the fps hovered around 50-55 at all times, but because the phone gets significantly warm, it does feel somewhat uncomfortable to hold at times.

Other games like PUBG and Call Of Duty that go easy on the processor do not make the phone heat up as much. At their highest possible settings, the Xiaomi 12 Pro would easily give a stable 60 fps while also keeping the temperatures below 40°C.

All in all, I think it’s important to note that the Xiaomi 12 Pro’s performance is top class when using it for regular, everyday tasks. But demanding stuff like prolonged gaming sessions or recording 4K/8K videos does turn up the heat—literally. Then again, it’s not just the Xiaomi 12 Pro that suffers from these issues. Other Snapdragon 8 Gen 1 phones like the S22+ and the Realme GT 2 Pro show a similar thermal pattern as well.

I’ll highly encourage you to watch Beebom’s video of the Xiaomi 12 Pro, where Rupesh has explained quite well regarding this issue. And there’s Mr. who’s the Boss who has covered this in his Samsung scandal video. I totally agree with his proposed solution where, no. 1. chip manufacturers should focus on attaining better power efficiency rather than just peak performance and no. 2, smartphone companies need to come up with better cooling mechanisms if they want to use such powerful chipsets in their devices.

Alright, moving on to the software side of things, it runs on MIUI 13 based on Android 12. And for the most part, Xiaomi has done a good job of optimizing its software here. Previously with the Mi 11, I had experienced some petty software bugs that made my overall smartphone experience bitter. But now, the company seems to have resolved those things, so I am quite happy about that. Plus, Xiaomi has also promised 3 years of OS and 4 years of security updates for the 12 Pro, which is neat!

The Xiaomi 12 Pro has a unique triple camera setup with all the 3 lenses using a 50-megapixel sensor.

And when I tested its cameras against the S22+, I found it to be competing pretty well. Xiaomi’s photos do have an extra punch, but in most instances, it looks pleasing. I did find Samsung’s overall color optimization to be better.

But if you don’t compare them side by side, Xiaomi’s images are quite appealing too—both in normal and ultra-wide shots.

For portraits, the 12 Pro uses its 2x telephoto lens. With it, the subject focus looks really good and the shadow processing on the subject is done well—sometimes even better than the S22+ itself! The S22+ does have better skin tone though, but Xiaomi’s pictures are a close second.

In terms of selfies, I found Samsung’s output to have far better colors, background exposure, and skin tone. So, there’s a lot of room for Xiaomi to improve upon in this aspect.

During nighttime and lowlight conditions, the Xiaomi 12 Pro manages to bring out bright and detailed shots with less noise.

Sometimes it does process the image a little too much making it look a bit unnatural compared to Samsung’s, but its camera is still reliable enough during nighttime.

However, the Xiaomi 12 Pro still misses out on some features to call it a true flagship camera phone. For instance, you cannot switch between different lenses when shooting videos in 4K resolution, and its selfie camera is limited to 1080p 60 fps recordings only. The overall color optimization, both in the photos as well as videos, is still not quite as there as Samsung or Apple.

But what I will say is that Xiaomi is on to something really impressive here and further efforts on camera optimization will surely make it among the best in the business. Lastly, battery life is something that the Xiaomi 12 Pro hasn’t impressed me with that much. Its 4,600 mAh battery gave me just about 6 hours of screen-on time which translates to roughly a day’s endurance on normal usage.

However, the company has tried to compensate for that with a super-fast 120 Watt charger included inside the box which takes around 22 minutes to fill up its battery.

I am also happy to report that its overnight battery drain isn’t that high. I always turn off WiFi and mobile data at night while I get my 8 hours of sleep. And during that period, I graphed around 4% battery drain, which is not so bad. But with a little more aggressive optimization, that number could be a lot less though!

Okay, so what do I make of the Xiaomi 12 Pro? I think Xiaomi is definitely off to a good start with this phone. It provides a really good display experience, the design is well built, and the cameras are reliable and consistent enough—although not entirely flagship-level—while the company has also improved on the software side of things a lot compared to last year. And more importantly, this phone is somewhat cheaper than your typical flagship phone, so you are getting a premium experience at a lesser price as well. 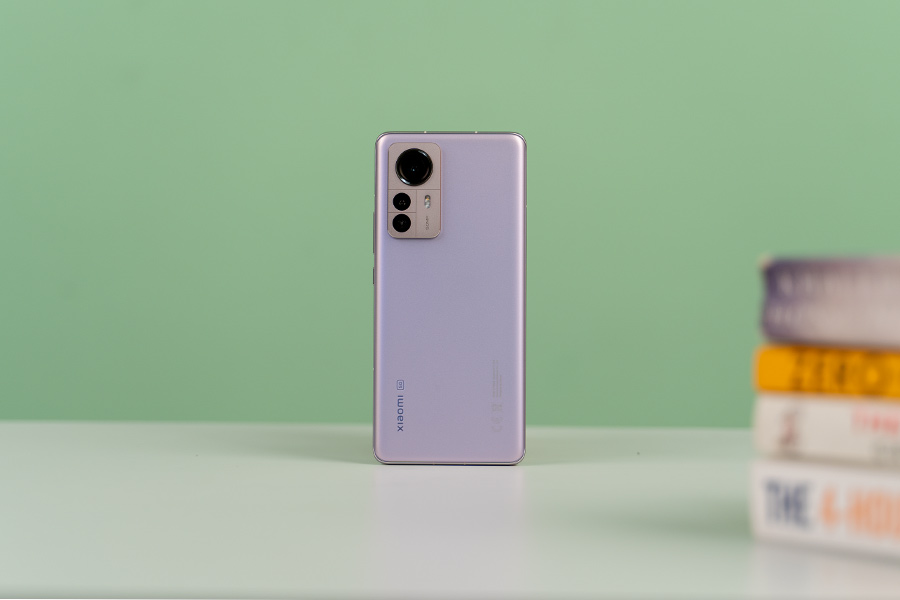 On the other hand, there are some things that I’m not happy about the Xiaomi 12 Pro like the missing IP68 rating. And I also wish the phone had a better cooling mechanism to keep the thermals in check. But overall, the Xiaomi 12 Pro surprisingly is an easy recommendation.