Apple launched the iPad 10.2 (2020), Watch Series 6, and Watch SE in the Time Flies event held in Sept. But it was the iPad Air 2020 that stole the show with its A14 Bionic chipset. With the fourth-generation iPad Air, Apple has bridged the gap between the iPad Air and iPad Pro lineup. Let’s learn more about the new iPad Air 2020 along with its specs, features, expected price, and availability in Nepal.

Compared to its predecessor, the new iPad Air 2020 features a larger screen that measures 10.9-inch diagonally. The larger display means the new iPad Air has an all-screen design like the premium iPad Pro. The Liquid Retina display has support for True Tone and Wide Color (P3). Similarly, the display is fully laminated and it has an additional coating to avoid fingerprints and reflection. Unlike the new 8th-gen iPad that only supports the first-gen Apple Pencil, the 4th-gen iPad Air supports the second-gen Apple Pencil. 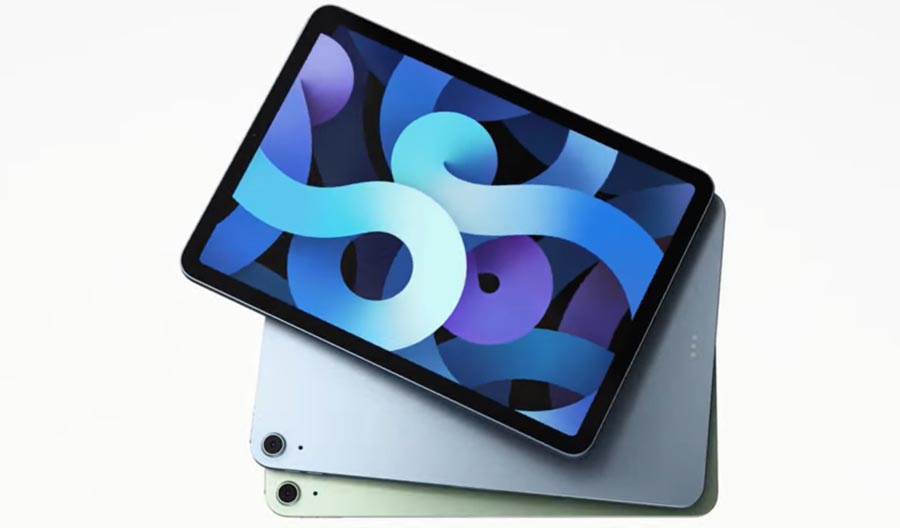 Since the space around the screen has been reduced to a significant extent, Apple has moved the Touch ID toward the top right corner of the device. The Touch ID uses Secure Enclave and is both faster and smaller compared to the previous generation of biometrics.

The highlight of the device is the new A14 Bionic chipset. iPad Air 2020 is the first device to house the chipset that is expected to be used in the upcoming iPhone 12 lineup as well. It is also the first chipset based on TSMC’s 5nm process node. With the new process, Apple has managed to fit in 11.8 billion transistors in the new processor (to compare, the A13 Bionic had 8.5 billion transistors). 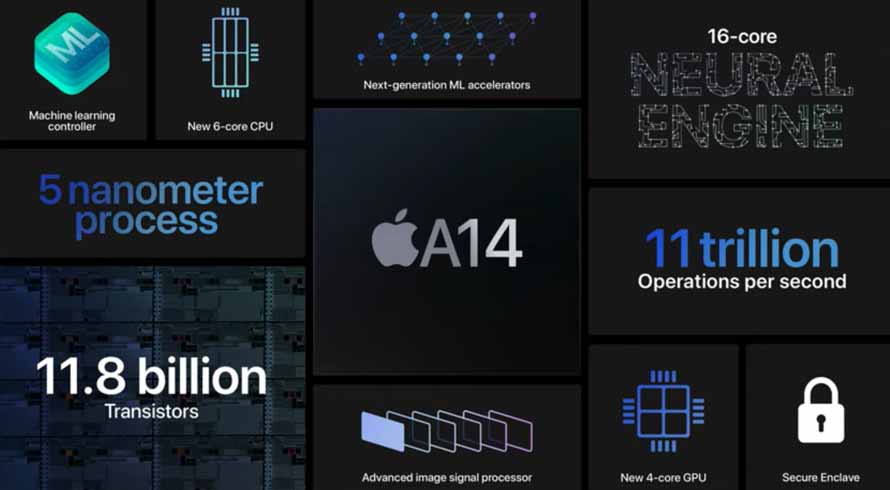 It features an improved hexa-core CPU and quad-core graphics unit. With the new setup, Apple is claiming up to a 40% boost in CPU and a 30% boost in graphics performance compared to the last generation iPad Air that featured the A12 Bionic. The new 16-core Neural Engine is capable of completing up to 11 trillion operations in a single second. That is an astonishing 38% improvement over A13.

Here, the iPad Air 2020 features a 12MP wide camera with f/1.8 aperture at the back. If that spec sounds familiar, it is because it is the same one that Apple used in the iPad Pro and iPhone 11. Unfortunately, the ultra-wide shooter and LiDar scanner are not available in the iPad Air. It is capable of recording 4K videos at up to 60fps.

On the front, there is a 7MP FaceTime HD camera with an f/2.0 aperture. Both cameras use backside illumination technology and support Smart HDR and Auto Image Stabilization.

The new iPad Air 2020 is backed by a 28.6 Watt-Hour lithium-polymer battery which can last up to 10 hours of web surfing (Wi-Fi). It can be charged using a USB Type-C port which has been preferred over Apple’s proprietary Lightning port. There is also a magnetic connector to connect accessories like the Magic Keyboard and Smart Folios.

The Apple iPad Air (2020) is set to launch in Nepal with a starting price of NPR 95,000. It is expected to be available from the 3rd week of December from Oliz and Evo Stores.