Along with the 14″ and 16″ MacBook Pros, Apple announced the new Mac mini lineup. With M2 and M2 Pro silicon, the Mac mini is unquestionably more powerful now. But Apple has somehow managed to make it less expensive than the previous model. So, without further ado, let’s dig into the specifics, features, availability, and expected price of the Apple Mac mini (2023) in Nepal.

The latest Mac mini gets a major performance upgrade, with the M2 and M2 Pro silicon. The M2 is a 5nm SoC with an 8-core CPU and a 10-core GPU. And it comes with up to 24GB of unified memory and 100GB/s of bandwidth, which Apple claims makes activities like image editing in Adobe Photoshop up to 50% faster.

The M2 also supports PreRes acceleration, which means that tasks like video editing in Final Cut Pro are more than twice as fast. Apple claims that the Mac mini with M2 is up to 5x faster than the Intel Core i5-based Windows desktop with Intel UHD Graphics 730. Although the brand has not specified which processor was used in the comparison. 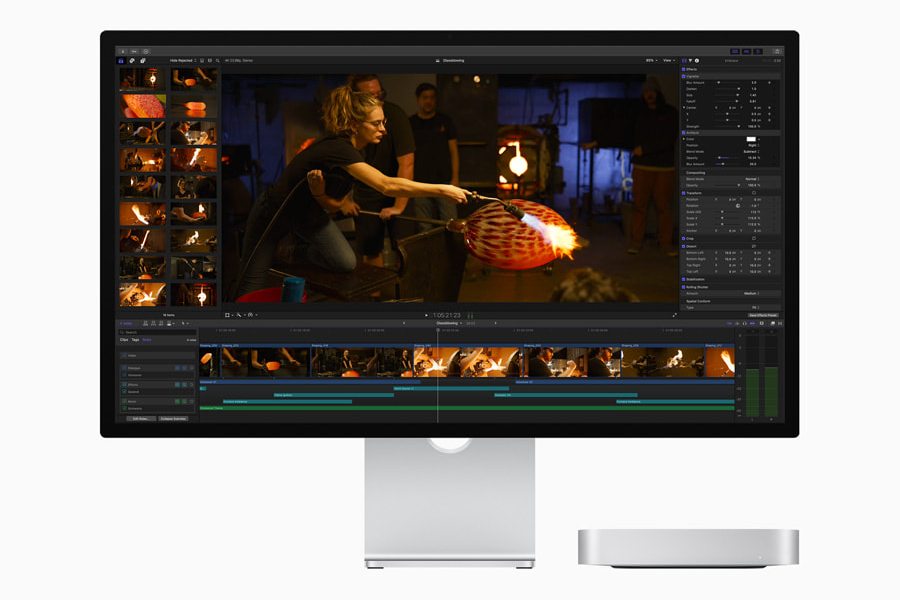 If compared to the M1 Mac Mini, it delivers up to 2.4x faster ProRes transcode in Final Cut Pro, up to 50% faster filter and function performance in Adobe Photoshop, and up to 35% faster gameplay in Resident Evil Village.

The M2 Pro chip, on the other hand, brings pro-level performance to the Mac mini for the first time. Here, you get the top-tier M2 Pro configuration with 12 CPU cores and 19 GPU cores. Whereas, you can also choose a slightly less powerful 10-core CPU and 16-core GPU option. In terms of memory, you have a choice of up to 32GB with M2 Pro chip.

Compared to the previous-gen M1 Mac mini, Apple claims that the M2 Pro delivers up to 2.5x faster performance in Affinity Photo, 4.2x faster ProRes transcode in Final Cut Pro, and up to 2.8x faster gameplay in Resident Evil Village. 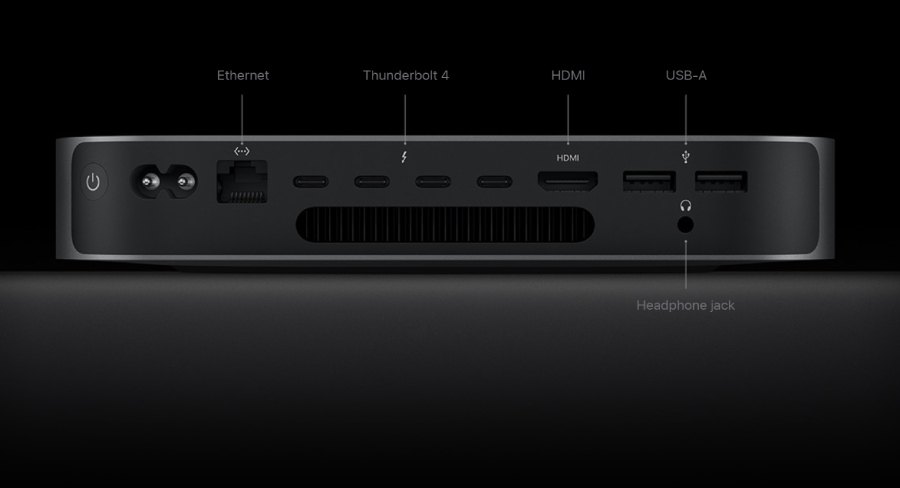 Besides performance, the Mac mini gets a few upgrades in terms of connectivity. All the models now support WiFi 6E the M2 Pro model also includes the new HDMI 2.1 port as well as four Thunderbolt 4 ports instead of two on the M2 models. Other port options include two USB-A ports (up to 5Gb/s), one HDMI, one Gigabit Ethernet, and a 3.5 mm headphone jack.

Nothing has changed significantly in terms of design this year. It has the same square form factor with rounded corners. And its aluminum chassis is still milled from a single piece of metal and finished in silvery bare aluminum. It’s also not that heavy, weighing 1.18kg for the M2 and 1.28kg for the M2 Pro. The Mac Mini also includes a built-in speaker.