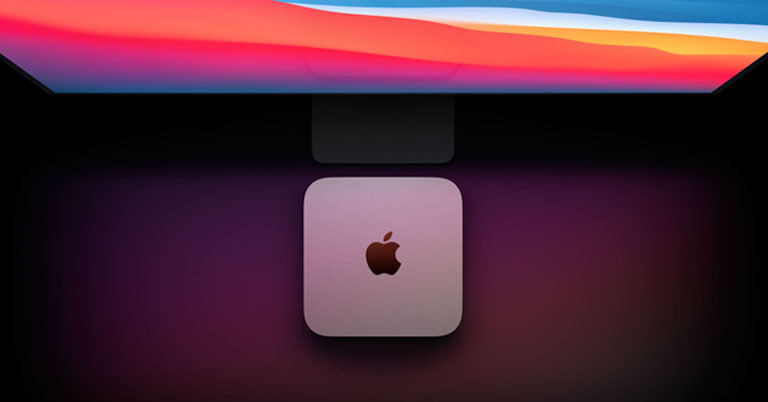 Apple launched its next-generation MacBook during the “One More Thing” a couple of weeks ago. In the same event, the company also debuted the new M1 silicon-powered Mac mini. And if you were thinking of getting one for yourself, there is good news for you. The new Mac mini is now available in the Nepalese market. In this post, we will be taking a look at the specifications, features, official price, and availability of the Apple Mac mini (M1) in Nepal.

The biggest highlight of the new Mac mini is the inclusion of Apple’s own M1 chip. Until now, the company was reliant on chips supplied by Intel. M1 chip is Apple’s first in-house chip for MacBook, Mac mini. It is also the first PC chip to be based on a 5nm process node. Because of the smaller process node, the company has managed to fit a total of 16 billion transistors in the M1 chip.

The chip is house to everything that a Mac needs including CPU, GPU, memory, and a neural engine. While these components can now all access the unified memory at a faster rate, it also means that the configuration is not user-upgradeable.

The latest macOS Big Sur has been optimized to work on the Arm-based Apple Silicon M1 chip. All native Mac Software can run on the M1 chip along with some third-party apps. While third-party developers are still making changes to their software to work on the new chip, users can run optimized apps in the new Mac mini through Apple’s Rosetta 2 technology. Also, you can also run iPhone and iPad apps directly on the Mac mini.

Apple made some huge claims about the performance of the new chip during the event. And as third-party benchmarks have started coming out, the M1 doesn’t disappoint. The M1 chip in the new Mac mini outperforms all the previous iteration of the MacBook. It performs exceptionally well in both single and multi-core tests outperforming most mainstream processors, falling behind only to AMD’s Zen 3 architecture.

M1’s GPU outperforms most of the integrated GPU in the mainstream processor. But if you want more power, unfortunately, one can’t connect an external GPU to the Mac Mini.

Talking about the ports, the new Mac mini features only two ports that support Thunderbolt 4. In comparison, its predecessor came with four Thunderbolt 4 ports. The number of USB-A (2) and HDMI 2.0 (1) ports has remained the same. While the new Mac mini does come with a Gigabit Ethernet, it is not the 10Gb Ethernet that you would find on its predecessor. There is a headphone jack as well. Mac mini 2020 also supports Wi-Fi 6 and Bluetooth 5.0.

Who is the new Mac Mini for?

So, you are looking for a compact PC or want to get started with Apple’s ecosystem, the Mac mini is a perfect starting point. It is even cheaper than its predecessor. Just don’t expect it to replace your gaming rig or workstation. But, if you want a flexible system that you want to upgrade over time, the Mac mini is not for you.