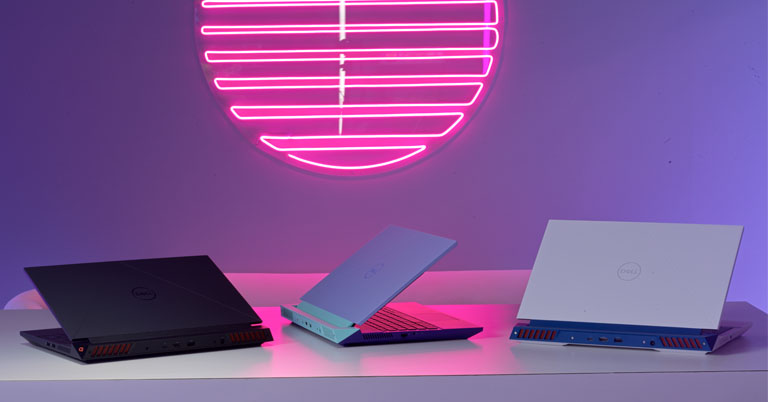 Dell has refreshed its G-series gaming lineup at the ongoing CES 2023, including the crowd-favorite G15. The new G15 packs the latest gaming component from Intel and NVIDIA and comes in eye-catching colors. In this article, we will discuss the key specs, features, expected price, and availability of the Dell G15 5530 (2023) in Nepal.

The space where Dell put the new G-series of gaming laptops on display was full of retro arcade machines for the 80s-inspired laptops to blend in. You heard it right — Dell is breaking the norm of mean and even professional-looking gaming laptops. The latest G-series laptops are all clad in 80’s pop aesthetics. This way, the company has created a unique blend of modern build with restoring aesthetics hardly seen in today’s gaming laptops.

Opening the lid, you are greeted with a 15.6-inch LCD screen with FHD resolution. The base variant of the G15 5530 refreshes at 120Hz, while there is also a 165Hz variant that you can get for a higher price. Both use the same anti-glare panel, but the 165Hz variant is slightly brighter (300 nits > 250 nits) and has TUV certification. Under the hood, Dell G15 5530 (2023) packs the latest Intel “Raptor Lake” HX-series mobile processors. Here, you get the Intel Core i5-13450HX and Core i9-13900HX at the extreme ends, with a couple of Core i7 in between. This is paired with the latest GeForce RTX 40-series GPU, but Dell is yet to pinpoint the actual SKUs in use.

Based on the CPU-GPU configuration, the G15 5530 (2023) will pack either a 56 Whr or an 86 Whr battery with Dell’s Express charge support. It has a spill-resistant keyboard with options for one-zone and 4-zone RGB backlighting. The latter can be customized with the Alienware Command Center. Gamers can even tweak game settings, peripheral lighting, and audio using the same software hub. 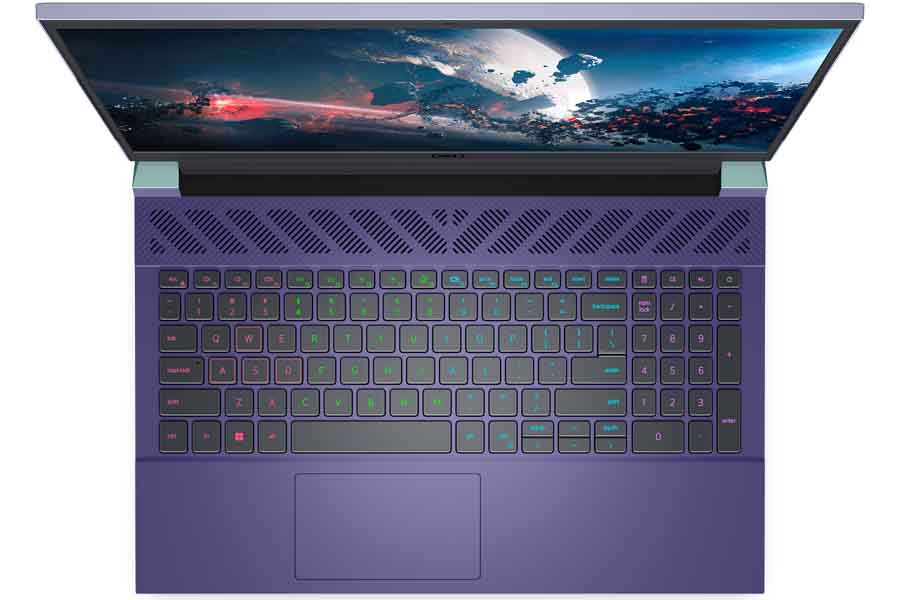 The new G15 will go on sale later this year with a starting price of USD 849. As of now, it is not clear if it when it will launch here. We will update this article with exact specs, official price, and availability of the Dell G15 5530 (2023)—when it arrives in Nepal.