Dell positions the Vostro series as affordable laptops for small businesses. These are cheaper than the Latitude series, which is Dell’s other business lineup. Vostro laptops are among the cheapest and basic-looking notebooks under Dell’s umbrella. In this post, we have listed down all the laptops under the Dell Vostro series that are available in Nepal, along with the price and availability.

Dell introduced the Vostro series back in 2007. With its introduction, Dell revamped its products lineup. The company got rid of the Dimension altogether and repurposed the Inspiron series for home. Then in 2013, Dell stopped the production of Vostro laptops, citing low demands. However, the company would bring it back in 2015.

Vostro laptops are built to be reliable assets for small businesses. Thus, you don’t get designs that are colorful or funky. The majority of these laptops come with a carbon black fiber finish with the Dell logo on the top cover.

You get all the essential features that you see in business laptops, including HD webcams, Waves MaxxAudio speakers, Gigabit Ethernet. Higher-end models even come with anti-virus and fingerprint scanners pre-installed.

Like the Inspiron series, Vostro is also divided into three sub-categories.

These are entry-level laptops that mostly arrive in 13″ and 15.6″ form factors. Here, you get to choose between FHD or HD display with 2-sided narrow bezels. In order to increase security and productivity, these laptops come with technologies like  ExpressCharge, Mobile Connect, and TPM 2.0.

You can buy Vostro 5000 series laptops with the latest components from Intel and GPU. However, they are very hard to get because of the limited availability.

The 7000 series is home to the most advanced laptops under the Vostro series. These laptops are targeted at business professionals that prefer power and performance over productivity. Here, you can get laptops with Intel’s H-series processor and GeForce GTX graphics from NVIDIA.

As it’s a highly specialized lineup, Dell puts out very few models. Thus, Vostro 7000 series are limited to certain regions and almost impossible to find in a market like ours. 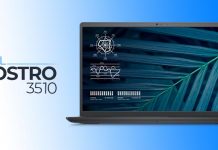 Rajesh Regmi - February 7, 2022
Dell Vostro is a rough and tough series of laptops mainly targeted at entry-level corporate users. And right now, one of the members of... 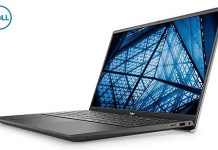 Rajesh Regmi - May 5, 2021
Dell Vostro 7500 is now available in Nepal. It's a business laptop with a 10th gen Intel Core i7 processor and GeForce GTX graphics... 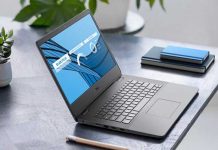 Nikhil Shrestha - February 23, 2021
The post-COVID laptop market in Nepal has been a disappointing one for the local consumers. Because of the excessive demand and importers struggling to... 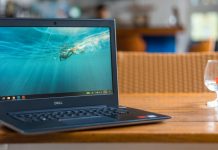 The Dell Vostro 5471 is a trendy looking, lightweight business laptop. But does this device deliver powerful performance or is it just about looks? 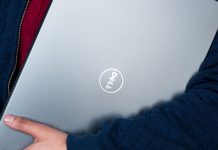 The Dell Vostro 5468 is an affordable & handy laptop intended for business buyers in Nepal. Is this the best budget business laptop to buy? Find out in our review.
© Gadgetbyte Nepal Pvt. Ltd. 2013-2022