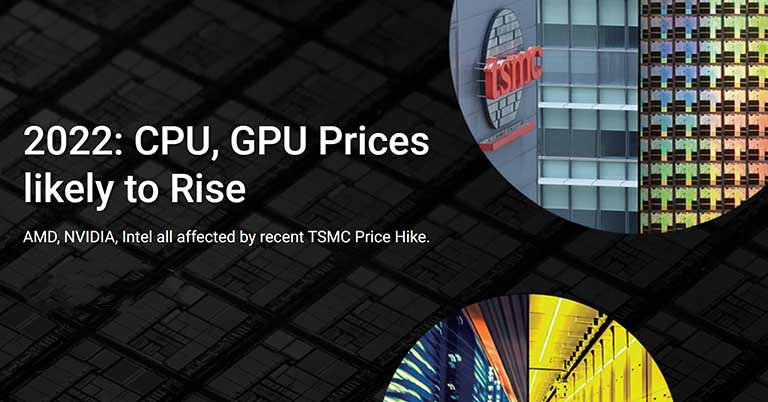 The computer hardware market has not been that good for users recently because of the ongoing chip shortage. While we hoped it would get better with the new year, reports have shown the complete opposite. According to a report by DigiTimes Asia, the price of the latest CPU and GPU from AMD, Intel, and NVIDIA will only increase in 2022.

As per the latest report, the cause for the price hike is the new quote by TSMC. Taiwan Semiconductor Manufacturing Company Limited (or TSMC in short) is the world’s biggest semiconductor foundry. It’s the go-to company when it comes to silicon with partnerships with companies such as Apple, NVIDIA, and even Intel.

Thus, any kind of price hike by TSMC is bad news for the whole PC industry. The closest alternative for chipmakers is Samsung, which is not at the same level as TSMC in terms of efficiency as revealed by recent Exynos and Snapdragon processors.

As you can guess, the main culprit here is the global chip shortage. Since the pandemic, the demand for PC components has gone through the roof, making it difficult for manufacturers to keep up. This state of high demand and low supplies have caused the price to increase. Likewise, costs for raw material, freight, and logistics have also increased due to restrictions caused by the ongoing pandemic, contributing to the cause. 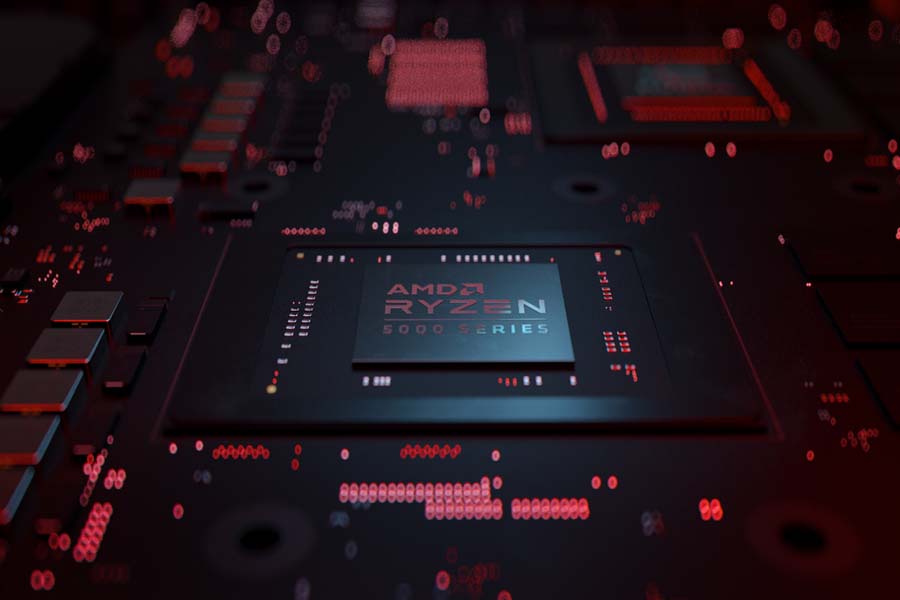 AMD will suffer the most from these raised quotes. The company is currently working on its Ryzen 7000 processors, which will be based on TSMC’s process. Similarly, all of its current Ryzen 3000 and Ryzen 5000 processors are dependent on TSMC. The company has even built its RDNA 2-based Radeon graphics on TSMC’s 7nm process.

Next on the list is NVIDIA. The graphics card maker currently uses Samsung’s foundry for its RTX 30-series graphics card. However, if reports are to be believed, the company has already made pre-payments to use TSMC’s 5nm process for its upcoming RTX 40-series.

While we are not sure what it means for the RTX 30-series cards, NVIDIA’s upcoming RTX 4000 GPU series won’t have affordable price tags whether it launches in 2022 or later. The least affected company, according to the report, will be Intel. That being said, we see no reason for the company to not jump in on the bandwagon if NVIDIA and AMD do increase the price of their CPU/GPU in 2022.

For starters, Intel has invested heavily in new fabs for in-house chip production, and it will be looking to get most of it back as quickly as possible. Second, the company also has a outsource contract with TSMC. And since AMD is also projected to hike its CPU price for 2022, it will be even easier for Intel. 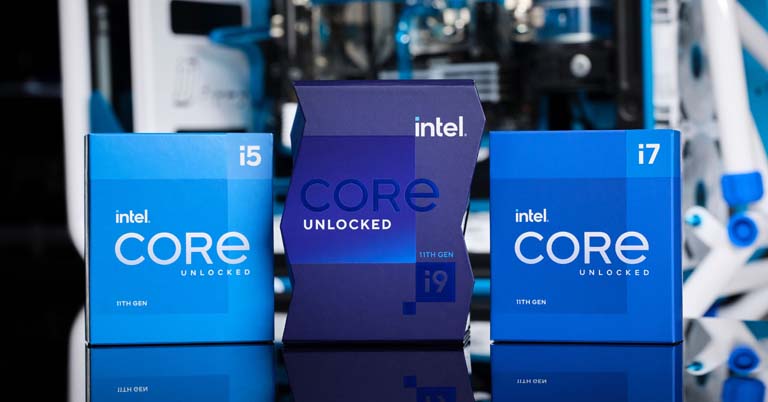 All in all, 2022 is not looking any good for gamers or anyone looking to build a new rig. If the latest reports turn out to be true, AMD, NVIDIA, and Intel will all be raising the price of their CPU/GPU this year.