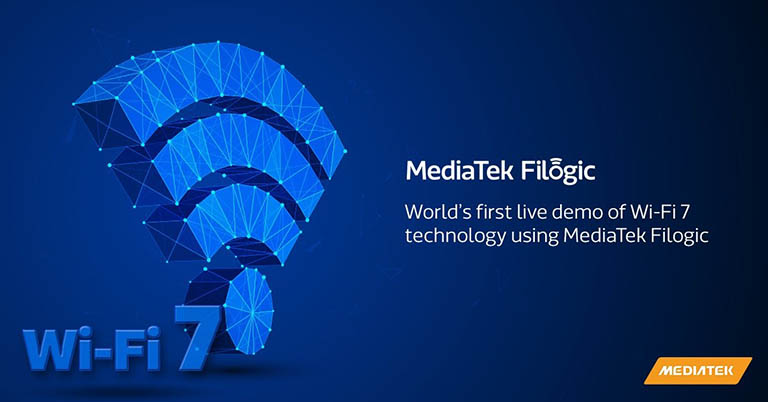 It has hardly been over a year since commercial Wi-Fi 6 devices hit the market, and Wi-Fi 7 is already the talk of the town. MediaTek recently announced that it has successfully completed live demos of next-gen Wi-Fi technology. It is currently working on two Wi-Fi 7 hardware under the Filogic brand, which we can expect to be market-ready in 2023. In this article, we will be discussing the upcoming Wi-Fi 7 in more detail, including the latest demo by MediaTek.

As of now, Wi-Fi 7 is still a work-in-progress. The Wi-Fi Alliance is not done completing the standards for the next-gen Wi-Fi network. That being said, the next standard will be called the IEEE 802.11be and will support a maximum throughput of up to 30 Gbps.

It’s a massive improvement as Wi-Fi 6 only has support for up to 9.6 Gbps. For reference, Nepali households are only beginning to upgrade to Wi-Fi 6. Wi-Fi 5 on the other hand, theoretically supports a maximum throughput of up to 3.5 Gbps.

As per MediaTek, Wi-Fi 7 will address the growing trend of 4K/8K TV streaming, VR/AR, and cloud computing. It will also bring improvements in channel width and modulation scheme while also introducing new features like the Multi-Link Operation (MLO). 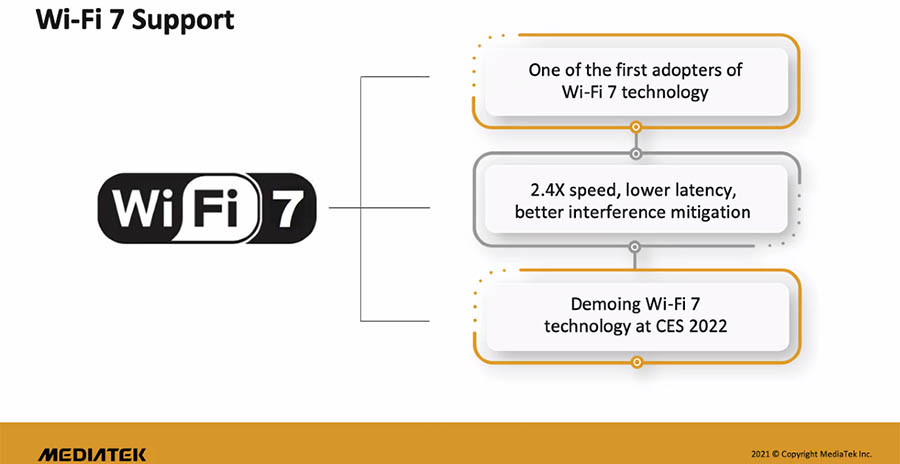 For starters, Wi-Fi 7 will make use of new 320MHz channels. Similarly, it will have support for 4K Quadrature Amplitude Modulation (QAM). MLO will help reduce latency through the transmission of signals over multiple bands. It will work alongside Multi-User Resource Unit introduced in Wi-Fi 6 (8.2.11ax) for tackling interferences.

There will be no additional bands. In fact, Wi-Fi 802.11be will utilize the same 2.4, 5, and 6GHz bands as the Wi-Fi 6E. Still, MediaTek claims to have achieved 2.4 times better theoretical speeds over Wi-Fi 6 because of other improvements.

As the standard has not been finalized yet, it’s hard to say when compatible devices will be available in the market. However, MediaTek says its Wi-Fi 7 Filogic devices will hit the market in 2023.