Built on a 7nm process, the 3rd Gen Ryzen processors use Zen 2 core architecture and are the first to support PCI 4.0 standards. These processors, codenamed “Matisse”, are compatible with the AM4 sockets and X570 PCH. 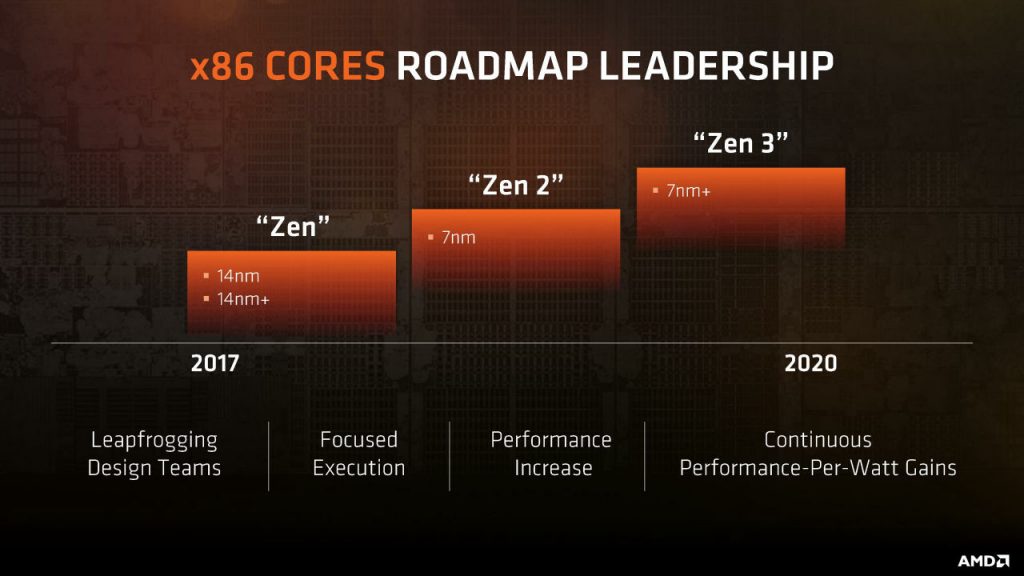 The Zen 2 architecture based on the 7nm process from TSMC was first seen on AMD’s high-performance server processors. Compared to Zen+, this architecture provides better power efficiency, a huge leap on IPC, and improved clock speeds. However maximum core counts and frequency weren’t announced as AMD is yet to finalize them. They did announce at least a 15% improvement over its previous generation.