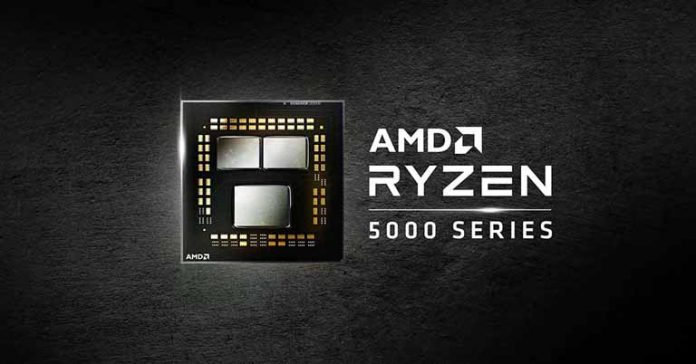 After a long wait, AMD finally unveiled its Zen 3 CPU architecture back in October. And with it, the company also announced four CPUs based on this architecture under the Ryzen 5000 series. The good news is, they are now available in Nepal. Let’s learn more about AMD Ryzen 5000 series CPUs including their specs, availability, and price in Nepal.

The new Zen 3 architecture sees the biggest improvement that AMD has been able to pull off in subsequent releases since the introduction of Zen architecture back in 2017. AMD says the new architecture has been built up ground up. However, the company has not transitioned to a smaller node. We will see this with next year the Zen 4, based on 5nm.

For now, the Zen 3 architecture is based on the same 7nm node as its predecessor. Yet, the company has made changes to the underlying core architecture. It is still using the chiplet design although AMD has modified the core complex.

In Zen 2, a Core Chiplet Die (CCD) consisted of two Core Complexes (CCX) with up to 4 cores and 16MB L3 cache each. The CCX had Infinity Fabrics in between for communication. 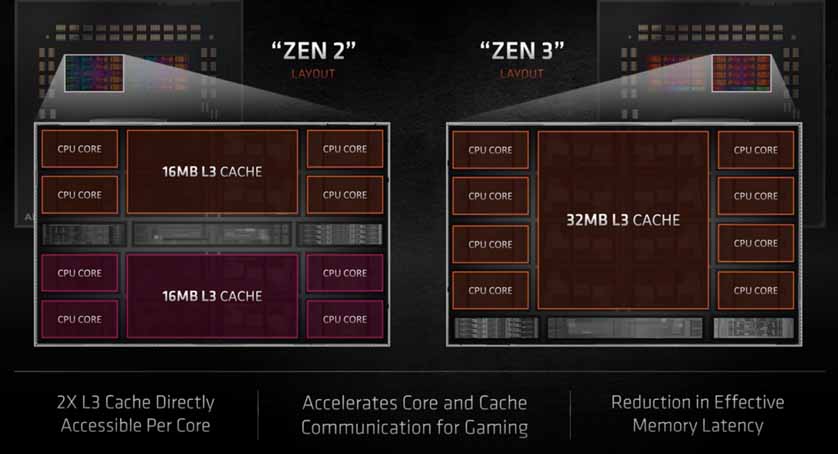 In Zen 3, AMD has combined the two CCX to form a single unified core complex. Each core complex consists of 8 cores with a 32MB core cache. Each core can now access the 32MB cache. It also improves core-to-core communication.

As cores in a CCD can communicate directly without the need for Infinity Fabrics, the memory latency has also been improved. AMD is also claiming up to 19% improvement in the IPC (Instructions Per Cycle).

Other than that, the I/O diode has remained the same, which means the Zen 3 has the same PCIe compatibility and USB support as the Zen 2.

Here, the Ryzen 5000 series desktop processors are the successor to the Ryzen 3000 series. AMD has dropped the Ryzen 4000 series so as to maintain uniformity in the naming of desktop and mobile processors.

Initially, AMD only unveiled 4 processors in the lineup. These processors have the same core/thread count as their predecessors with higher clock speed and increased IPC. All that, without any increase in power consumption. It is said to have 59% better rendering performance than the Intel Core i9-10900K.

It is the highest-ranked processor in the new Ryzen 5000 lineup. Unfortunately, the 5950X is currently not available in Nepal, while the rest of them are. It features 16 cores and 32 threads and is based on the same 105W TDP as the 3950X.

It is the fastest processor in the lineup with a boost frequency of up to 4.9GHz. The base frequency is listed at 3.4GHz. The total cache here is 64MB (72MB in total). It is targeted towards content creators.

AMD is calling the Ryzen 9 5900X the “world’s best gaming CPU”. It features 12 cores and 24 cores. The base frequency here is 3.7GHz and it can attain a boosted frequency of up to 4.8GHz. It has 19% better IPC while still running on the 105W TDP. It offers an average gaming performance boost of up to 26%.

While its Intel counterpart (the i9-10900K) has been ahead of the Ryzen processor in the single-thread performance, AMD says it is no longer the case with the 5900X. According to the company, it is the first desktop processor to surpass 600 points in the Cinebench R20 1T test.

Ryzen 5 5600X is the cheapest and least powered processor in the Ryzen 5000 desktop processor lineup. It features a single-core complex with six cores and twelve threads. The base clock and boost clock speed of the processor are listed at 3.7GHz and 4.6GHz respectively. It is the only processor in the lineup to have a TDP of 65W. Similarly, it is the only one to come with a stock cooler.

The new Ryzen 5000 desktop processors are compatible with B550 and X570 series motherboards. AMD will be rolling out and BIOS update for the same. According to Gamer Nexus, the X470 and B450 will also be receiving the update. It is said to be available in 2021. 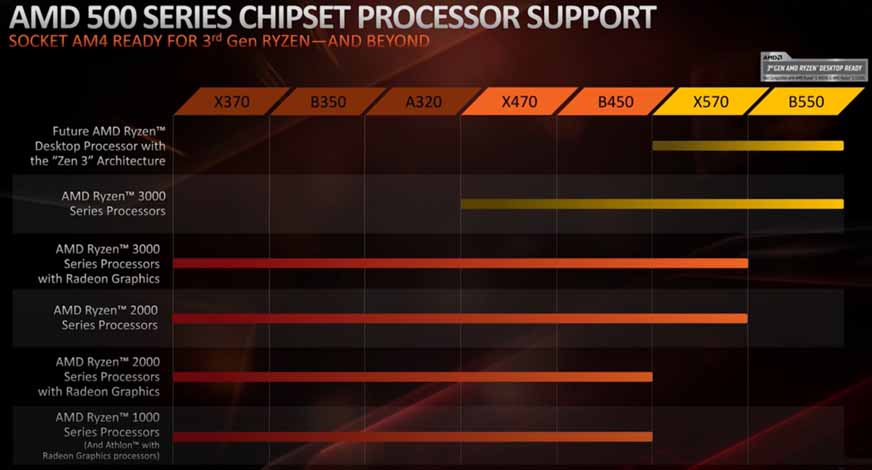