Home MWC 2017 MWC 2017: Gionee launches selfie-centered smartphones A1 and A1 plus Nowadays, social networks are growing like a wildfire and so are the users. Everyone tries to get exposure in the social networks and selfies have been the best way to stretch towards the journey. So understanding the people interests, Gionee seems quite focused on the camera side, especially the front one. Gionee S6s is one of them. Now following the league, Gionee launched its selfie-centered descendants A1 and A1 Plus in the auspicious event at MWC 2017 and they are already available in the Nepali market. The newbies have not only focused on the megapixel count of the cameras but also on the sensor size and selfie flashes to ensure enhanced photo quality and clarity.

Gionee A1 is a package of 182 grams, fitting perfectly in the dimensions of 154.5 x 76.5 x 8.5mm. It bears a 5.5 inches Full HD IPS display with 2.5D curved glass. The system of the device runs on Android platform with the version being Nougat (v7.0). The OS of the device is flavored by Amigo OS on the top. Powering up the device is done by MediaTek Helio P10 processor, which is an octa-core CPU that works on the clock speed of 1.8 GHz. The Graphics portion of the device is taken care by Mali T860 GPU. Memory wise, the phone carries 4GB of RAM with 64GB of internal memory. The storage, however, can be stretched by 128 GB by the use of SDcard. 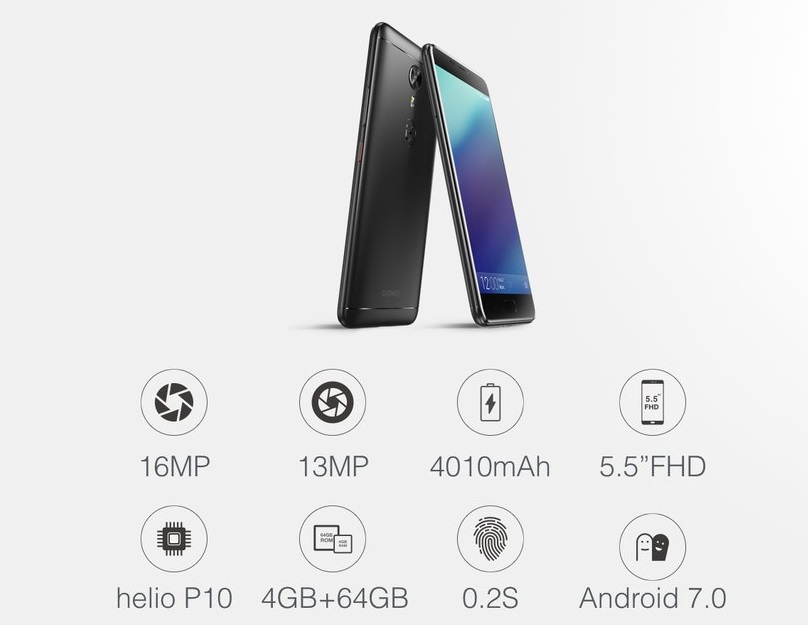 The makers have done a lot of toils to make it the optimum alternative for the photo enthusiasts. The rear camera holds a 13MP sensor with the sensor size of 1/3.0+”. Gionee A1 rear camera also inherits a wider aperture of F/2.0 flowered by LED flash and PDAF. The LED flash will ensure clarity and photo quality even in the low light whereas PDAF helps in better focusing.

Unlike most of the smartphones, Gionee A1 has a front camera with a superior megapixel count than the rear one. The front one has a 16MP sensor with the sensor size of 3.06”. The front one too bears an aperture of F/2.0 and LED flash. For the security purpose, the phone has an embedded fingerprint scanner. The fueling of the Gionee A1 is done by 4010mAh battery. To shorten the time of phone with wall charger, the phone also inherits fast-charging technology. The charging on Gionee A1 will be ultrafast charging via dual charging chips. Gionee A1 is already available in Nepal for Rs. 32,999.

Specs wise Gionee A1 plus comes superior to A1 in many possible ways. The 6-inch display in the A1 plus has pulled the device towards the phablet genre. Though different in size, both the sibling bears same Full HD resolution. Gionee A1 plus is powered by MediaTek Helio P25 processor, which is an octa-core processor that works on the clock speed of 2.25 GHz. The makers hated to discriminate the siblings in the memory section as both bears 4GB of RAM and internal memory of 64GB. However, the elder one is privileged to be expanded up to 256GB. Gionee A1 plus also runs on Android Nougat (v7.0) with Amigo OS on the top. The phablet weighs 226 grams, which seems heavy but the whopping 4550 mAh battery could be an explanation to it. The device also possesses ultrafast charging capability. Dual charging chips are provided on the device to make sure of it. On the optics side, there is a big leap from A1 to A1 Plus. The rear portion of the A1 Plus bears a dual-camera setup. The setup includes a 13MP camera with f/2.0 aperture, LED flash and PDAF accompanied by another 5MP camera. And on the front side, to justify itself as a selfie-centered device, an overwhelming 20MP shooter is provided. For the photo clarity and enhanced photo quality, a wide aperture of f/2.0 is provided. For the good performance in low light, the phablet inherits a selfie flash.

Gionee A1 Plus specifications