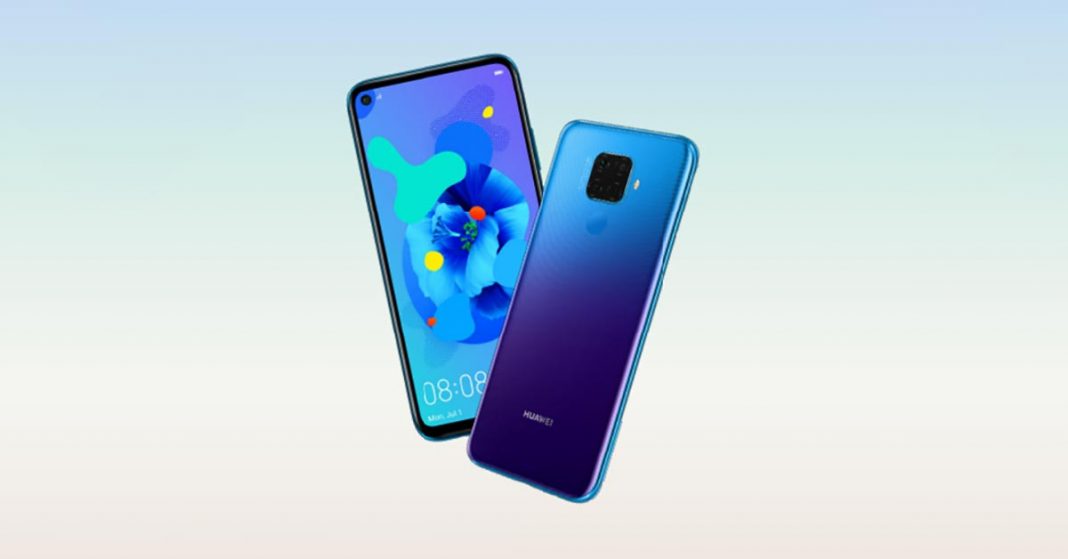 A company embroiled in issues… That’s the headline we’ve all been waking up to concerning Huawei. However, with the expected release of Huawei Nova 5i Pro later this month, things might finally take a positive turn for the Chinese tech giant.

The company announced the Nova 5 series earlier this month with the Nova 5, 5i and 5 Pro models. However, the Nova 5i Pro, which was hugely anticipated, was nowhere to be seen.  Thereafter, a schematic of 5i Pro made rounds around the internet. The leaked images only revealed the design. Now, new marketing material has leaked leaving little to the imagination. The new leaks reveal full specs as well as the image of the device. The rear includes a quad-camera setup of one 48MP, one 8MP, and two 2MP modules. The fingerprint scanner is conveniently placed below the rear camera. On the front, there is a 32MP selfie shooter inside the punch hole. The device runs on Android 9 Pie and will house a huge 4,000mAh battery. The full leaked specifications of the phone are:

The device is set to compete with the Redmi K20 which was game-changing in its own rights. K20 runs on Snapdragon 730, has an in-display fingerprint sensor and a pop-up camera. The performance estimates of both the devices were compared in the form of GeekBench estimates and the results show that Nova 5i quiet literally thrashes the Redmi K20. Though performance estimates are not the only determining factors, the sheer horsepower of Nova 5i Pro as per the result definitely gives it the upper hand.

So far the device seems great to me but what can one really say from just the estimates. The actual launch date will be out soon so till then all we can do is speculate.