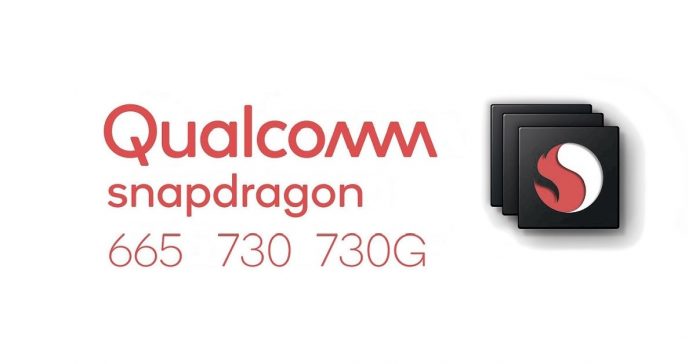 The major highlight of this new chipset is its CPU fabrication. Snapdragon 660, the predecessor of SD665 was based on 14nm fabrication. However, this new chip is based on 11nm fabrication technique, because of which it would consume less power and dissipate less heat than its predecessor on doing the same tasks. This is a huge step forward for a midrange chip. However, Qualcomm hasn’t changed the CPU architecture here. It uses the same octa-core setup with four big cores based on Cortex A73 and four small cores based on Cortex A53. Maybe it could be for the power efficiency purpose, Qualcomm has also decreased the clock speed of the four big cores. The big Kryo 260 cores here caps at 2.0GHz speed, which was 2.2GHz on the SD660. 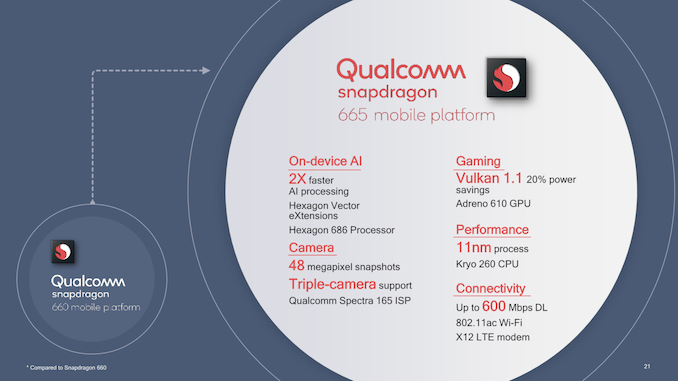 On the GPU side, Qualcomm is claiming that the SD665 offer 20 percent better power efficiency than the SD660. Although Qualcomm didn’t specifically mention the boost in the GPU performance, the generation jump of Adreno 512 to Adreno 610 cues a significant change. In terms of ISP (Image Signal Processor), there is not a considerable enhancement. However, the Snapdragon 665 comes with the 3rd generation of Qualcomm AI engine, which offers up to 2x faster AI on-device processing capabilities than the SD660. So with such a capable AI engine on the board, SD665 will show its proficiency on the scene and object recognition. Also, this new chip promises improvements in the places where Computer Vision like facial recognition is used.

It hasn’t been much Qualcomm announced Snapdragon 712 chip with a few enhancements over the SD710. However, there were not any sort of major upgrades, which everyone has expected and anticipated. But this time, Qualcomm released the true successor of SD710 in the form of Snapdragon 730. The chipset is based on 8nm fabrication technique, which is one of the major highlights of this new chip. On the CPU side, there are two big cores and six small cores. But unlike the SD710, the big cores in the SD730 employs Cortex A76 cores. The power efficiency cores use the same Cortex A55 microarchitecture found on the SD710 but the small cores on the SD730 caps at 1.8GHz. Talking about the GPU, the chipset comes in-built with Adreno 618 GPU, which promises 25% better over the Adreno 616 on the SD710. One of the prime reasons for this boost in performance is the increased number of ALUs in the SD730. Apart from that, the SD730 comes with 4th generation AI engine, because of which the newbie will have 2x faster AI processing capabilities over the SD710. Furthermore, the presence of latest generation Hexagon 688 DSP with Qualcomm’s new Tensor Accelerator units aids in better machine learning interfacing. 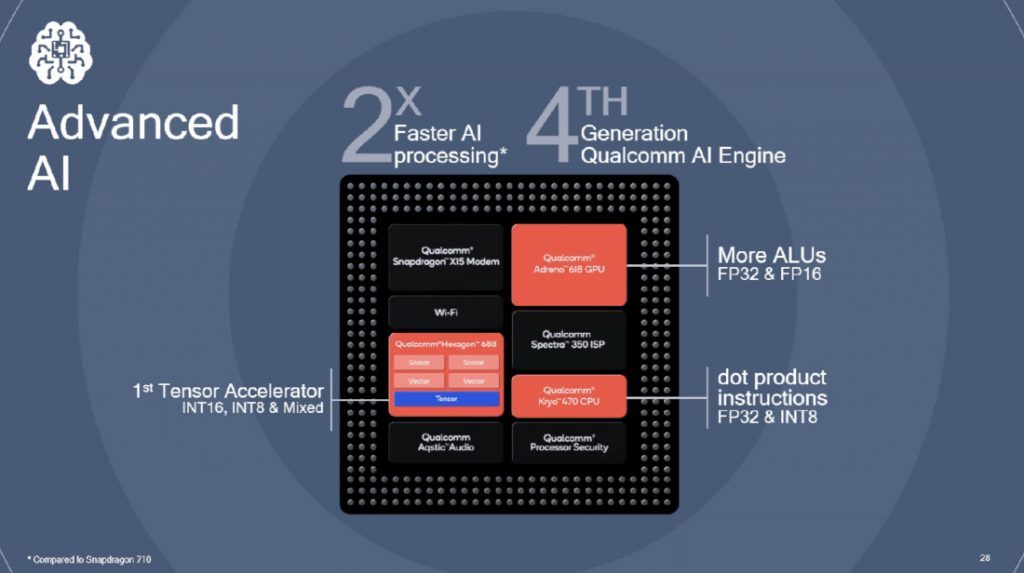 The new chip is also suited with top-notch imaging capabilities with the inclusion of Spectra 350 ISP. The chip also features CV (Computer Vision) acceleration. These are top-tier features and are expected at the flagship devices. And Qualcomm’s generosity here on providing such amazing features is definitely commendable. 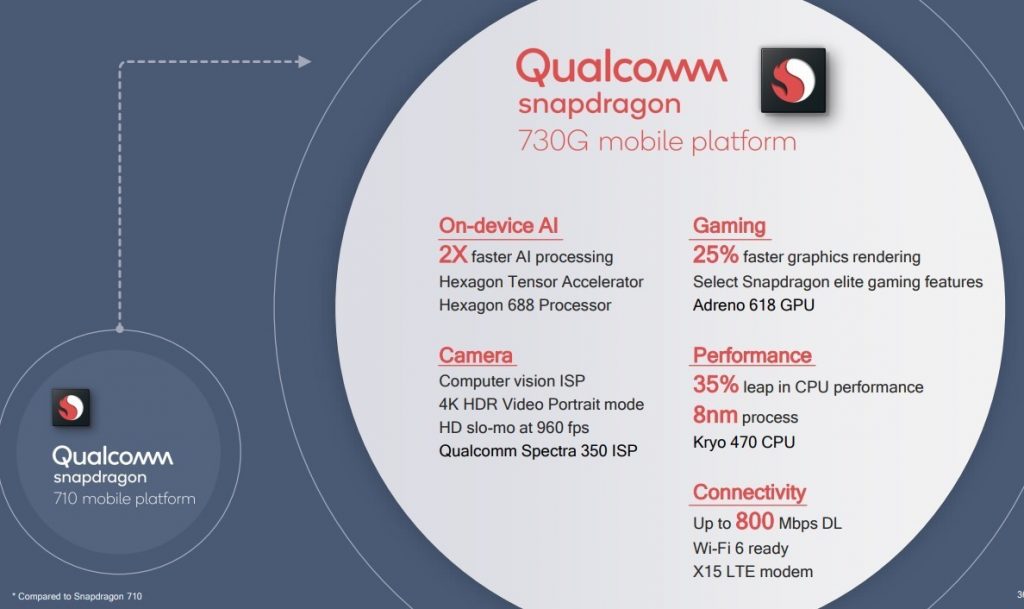 Alongside the SD730, Qualcomm also announced the Snapdragon 730G chipset. The ‘G’ suffix on the end cues for its gaming prowess. This variant comes with greater clock speeds than the normal variant. With extra tweaks and enhancements, this one offers 15% greater graphics performance than the standard SD730 version.