Home Gaming Nintendo Switch Pro could go official this month with a €400 price... The original Nintendo Switch went official back in 2017. The company released a “Lite” variant two years later. Fast forward to today, Nintendo is now working on a “Pro” model – at least that is what the rumors are suggesting. The Nintendo Switch Pro could launch later this month with some significant specs upgrade.

The Switch Pro first appeared on Amazon Mexico’s website, but the page was quickly removed within a few minutes. Twitter user Alphabeat spotted it and eventually managed to grab a screenshot. There was no information about cost or a release date in the listing. It does, however, provide a speck of significant proof that the company is planning a new Switch. 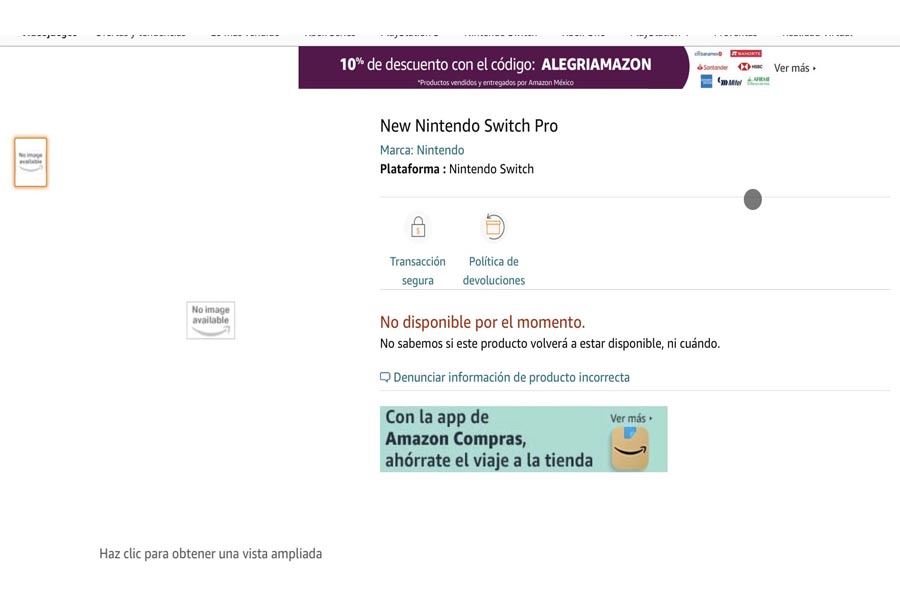 After around a week of the Amazon listing, the Switch Pro appeared again. This time it was in a listing by French electronics retailer Boulanger. The console was listed for €399. However, this could be just a placeholder, which is often the case with such listings. The page has already been taken down.

Switch Pro was earlier rumored to use NVIDIA’s Tegra X1+ processor. But recent rumors indicate that Nintendo is more likely to employ a new NVIDIA chipset featuring DLSS technology instead.

In addition, a Reddit post has also indicated that the Switch Pro will be able to deliver native 1440p render resolution and upscale to 4K with Nvidia’s DLSS 2.0 technology. Here, Deep Learning Super Sampling (DLSS) allows your device to run games at a lower resolution and then uses specialized AI cores to increase visual quality. With DLSS, users will be able to enjoy 4K gaming while in the dock mode.

Because of this, the new Nintendo console is unlikely to have a 4K panel. Instead, it will have the same 720p resolution display as its predecessor. However, the LCD panel from Nintendo Switch will be upgraded to OLED on the Pro variant. As per the speculations, the upcoming Switch Pro will sport a 7-inch OLED screen from Samsung Display.

To maximize connectivity options, the Switch Pro will have a somewhat broader rear chassis than its predecessors. The back will house two USB 3.0 and an Ethernet port.

According to a Bloomberg report, the new Switch model will cost more than $299 (the price of the standard Nintendo Switch). Thus, the €399 price tag is still a possibility. The blog also mentions that Nintendo Switch Pro might launch before the E3 2021 conference, which begins on June 12.