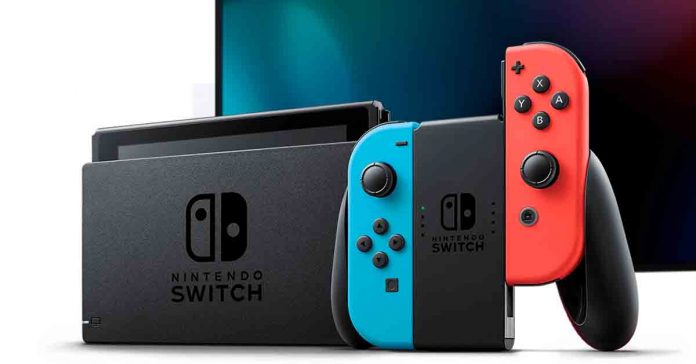 So you finally narrowed down all the available options in the market and decided to buy yourself a Nintendo Switch? Well, you still have a choice to make. You can go with the standard Nintendo Switch or settle with Nintendo Switch Lite. Compared to the former, the latter comes with limited features. However, these limitations may not be as significant for some as they will be for the rest. So, we are going to compare the Nintendo Switch and Switch Lite along with their price and let you know which one suits you better and form where you can buy them in Nepal.

Nintendo Switch was officially released on March 3, 2017, and it was followed by the Nintendo Wii U. The latter was a disaster in terms of sales figures and Nintendo didn’t want the subsequent release to follow the same fate. Instead of going head to head with the available home consoles and hand-held devices, Nintendo worked on an entirely new concept that would bridge the gap between the traditional home console and hand-held devices.

The “Switch” in the Nintendo Switch

The moniker Nintendo Switch was used only during the later period of its development, before that, the company called it the NX. For most people, it’s Nintendo Switch because cause it can switch between home console and hand-held device. But in a broader sense, it was meant to imply the switch to change the way people perceived entertainment through gaming. It’s also a switch from Nintendo’s tradition – A third-party SoC in a Nintendo console? No one saw that coming.

Nintendo Switch Lite, on the other hand, doesn’t switch like the original Switch. It is fairly a new console that went official in September of 2019. It is a handheld device that is meant to serve as a cheaper alternative to the Nintendo Switch for people who don’t want their console to switch.

From far, the two consoles may look very similar but the Lite is actually smaller and lighter for added portability. The design also serves different functionality. The Nintendo Switch is a hybrid console that you can play has a portable console as well as a regular console like the PS4 and Xbox One. The display on the Nintendo Switch is detachable and so is the Joy-Con (Switch’s game controllers). 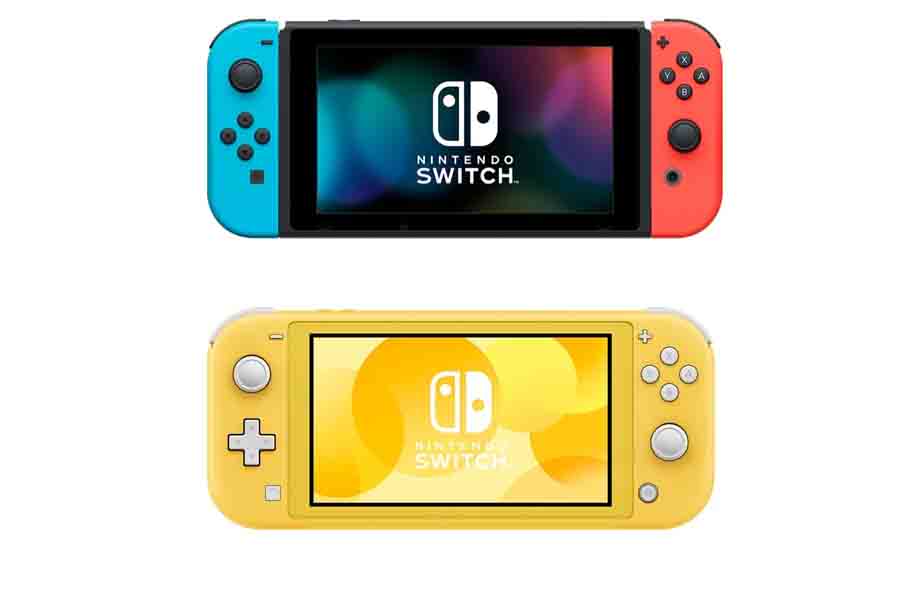 In contrast, the Switch Lite is enclosed in a single body and it can’t be detached like the original Switch. On the contrary, the controller on the Switch Lite has an actual D-pad on the left side instead of four discrete buttons.

Check out the price of Sony PlayStation in Nepal

Nintendo Switch comes with a 6.2-inch LCD panel with touch support. The resolution here is 1280 x 720 pixels. But the size of the screen shouldn’t be a problem as you can always detach the screen and dock it into a television with a larger screen.

The screen on the Lite is the same except for the size which is reduced to just 5.5-inch. The type of panel and the resolution remain the same but you won’t have the privilege of docking it into a larger screen. The color and the brightness level are the same on both the consoles. 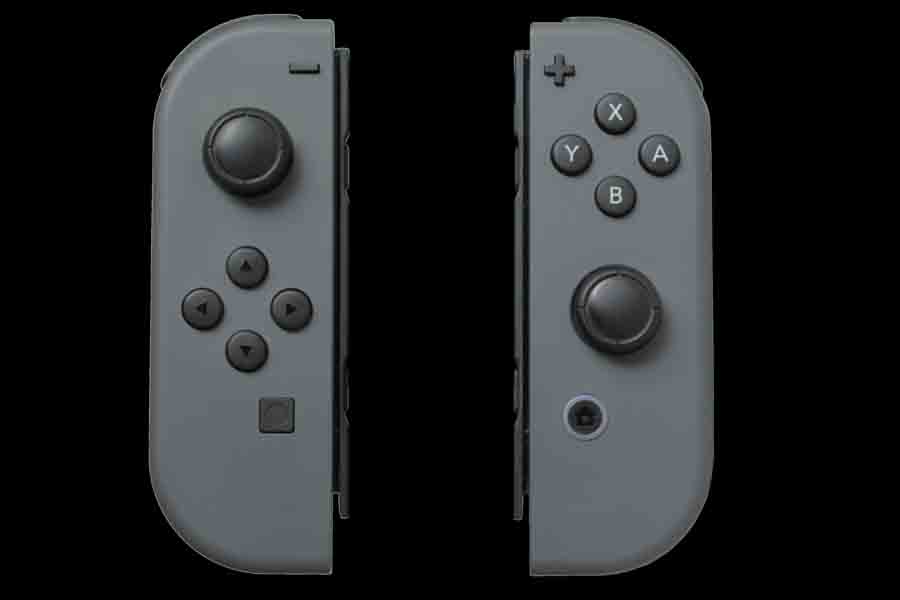 At the time of its release, the Nintendo Switch had terrible battery life. In the best scenario, it lasted only 6.5 hours and could be dead within 2.5 hours depending upon the game being played. However, it has been solved in the later releases and the newer Switch promises a battery life of between 4.5 to 9 hours. So, you would want to check the original packaging properly before you cash in your money for a second-hand Nintendo Switch. A small hint to help you guys check – newer batches come on red packaging instead of white. On the other hand, the Switch Lite battery run can last anywhere between 3 to 7 hours.

The Nintendo Switch Lite supports almost all of the games of the regular Nintendo Switch except for the multiplayer games or those that can only be played in television or tabletop mode. These include games like 1-2-Switch, Ring Fit Adventure, Mario Party among others. In order to play some of these games in the Nintendo Switch Lite, you will have to wirelessly connect another Joy-Con to the console. And even if you do so, it’s not guaranteed that the games will work so you would better not take that risk.

The latest price of Nintendo Switch and Switch Lite in Nepal is Rs. 52,000 and Rs. 32,000, respectively. You can buy the two from Allure International, located at New Road Complex.

So which one would you go for? If you are tight on budget, you should go for the Switch Lite. But even in that situation, we recommend you to wait and go for the regular Switch. It makes more sense to spend the additional 10K for versatility and extra features.