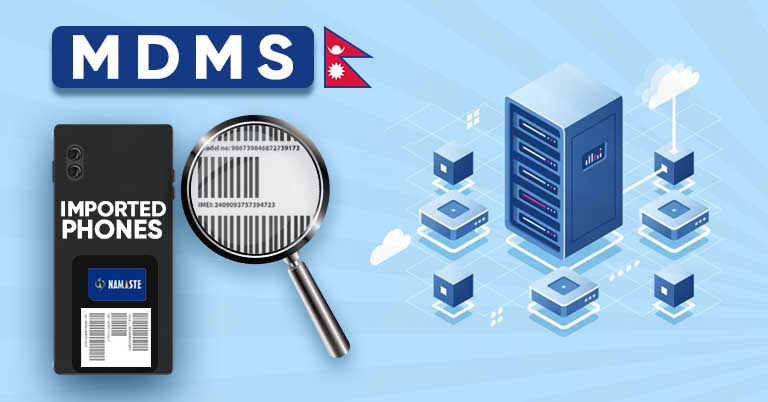 “Finally! NTA (Nepal Telecommunications Authority) has fully implemented MDMS (Mobile Device Management System) in Nepal from today, Poush 1, 2079” is what you would’ve been reading, if not for yet another twist in the tale. Nepal’s newly elected Prime Minister, Hon. Pushpa Kamal Dahal has given an executive order to delay the system from going live for the moment. As a result, there’s once again a lot of confusion among the general public about what’ll happen to phones they import from abroad, what to do with their existing phones, and more.

NTA announced a soft launch of the system on Bhadra 30 this year. And after four months of waiting, the Telecommunications Authority was finally ready to fully implement it today. This system effectively solves the burning issue of grey smartphone imports in the country, while also making it easy to track lost or stolen handsets. But with the direct order from the country’s Prime Minister, the system has once again been put to hold.

According to the Prime Minister’s Press Secretariat, this decision was a result of a meeting between the Prime Minister and Finance Minister (Hon. Bishnu Poudel) held yesterday, where Mr. Dahal instructed to delay the implementation of MDMS in Nepal to make time for further preparations.

NTA’s directive when applying MDMS into full effect was met with widespread criticism since it made importing phones from abroad a bit of a hassle. Any person returning to Nepal could only bring one phone for free in the country. On the other hand, he/she would’ve been required to pay 13% VAT and either 2.5 or 5% excise duty in the case of bar phones or smartphones, respectively. And if the person brings more than two, unregistered phones with them, NTA had even warned that those handsets will be confiscated.

To no one’s surprise, this decision was met with widespread criticism. Especially among the Nepali diaspora spread across the world; with #noremittance trending across Twitter. But the PM’s new decision seems to have put out the fire for now.

The sale of smartphones through the grey market has been major a problem in Nepal for a long time. If you’re unfamiliar with the term, the grey market basically refers to the distribution/sales of official goods via unofficial channels. This includes everything from stolen phones brought from abroad, bulk personal imports, or those that haven’t received “Type Approval” from NTA. As a result, the government misses out on potential revenue while the official importers lose their business.

To nullify this problem, NTA first made IMEI registration mandatory. And for the same purpose, MDMS has now been implemented in Nepal. It was initially proposed to go live from Jestha 2078, however, it was delayed—owing to the second wave of COVID-19 at first and several other reasons in subsequent attempts. At an event held on Shrawan 27, 2079 in the presence of officials from NTA, MPIA (Mobile Phone Importers Association), NMDA (Nepal Mobile Distributors Association), and other concerned authorities, NTA assured that MDMS will be implemented in Nepal by Bhadra 30.

The system went into effect on Bhadra 30, 2079, as planned. But it was a soft launch of sorts and full MDMS modules were not implemented at the time. In a new notice though, NTA has stated that the system will be finally and fully implemented on Poush 15, i.e. December 30, 2022.

The Telecommunications Authority also requested that mobile phones brought from abroad for personal use but not registered in the MDMS system or used prior to August (Bhadra) should be declared to customs with a 15-digit IMEI number. After that, the customs office will provide you with a letter that you can use to register your smartphone in the MDMS system.

After the implementation of MDMS, illegally bought mobile phones will no longer be operable. Therefore, it will effectively end the sale of smartphones from illegal channels.

So if you’re planning on buying a phone through unofficial channels in Nepal, rethink your move.

MDMS is a centralized government-owned system to keep a record of any and all phones and similar electronic accessories that enter the country—via their unique IMEI number(s). This includes smartphones, feature phones, bar phones, tablets, etc. So, any gadget with SIM, basically. After its implementation:

According to NTA’s official notice, mobile phones imported by official distributors are automatically registered under MDMS. Besides this, all handsets imported from abroad for personal use until Bhadra 30, 2079 (September 15, 2022) have been listed in the system as well.

And it looks like NTA has sent out an SMS to all phones* (there might be a few exceptions) officially bought in Nepal informing them that their device has been registered under MDMS. According to NTA’s own statement, phones brought in for personal use also fall under the system but such handsets haven’t received the SMS. Maybe that’s arriving shortly.

How to check if your phone is registered under MDMS?

Now, in order to verify if your handset is officially listed in MDMS, you can head on to “mdms.nta.gov.np“. You’ll see two input fields there; one to check if your existing phone(s) is registered in the system, and the other to verify whether the phone you’re about to purchase is logged into MDMS or not.

At the time of writing this article, we can verify that unregistered phones are working perfectly fine for now. Including phone calls, mobile data, SMS, and everything. But NTA says those phones will be blocked from the network of Nepali telcos in 2 months unless they’re individually registered.

How to register phone(s) brought from foreign in MDMS?

But If you’ve purchased a smartphone after that date illegally or through the grey market, you won’t be able to register it in the MDMS system. Individuals who brought their phone from a foreign country or a smartphone as a gift for a loved one can register that device in the MDMS with valid details such as a purchase bill, personal identity document, Immigration department stamp of entry into the country, and so on. There are four new steps to register an IMEI number in the MDMS system, which we will list here:

Steps to register phone(s) in MDMS:

A little bit of history

During the budget announcement of 2078/79, the then Finance Minister of Nepal Mr. Bishnu Prasad Paudel announced that Mobile Device Management System (MDMS) will go live from Shrawan 1, 2078. However, NTA (Nepal Telecommunications Authority) later referred to it as a soft launch. And the proper system was then set to become live on Bhadra 15, 2078.

Clearly, that didn’t happen either. But NTA then went on to confirm that MDMS will now go live from Bhadra 30, 2079. Exactly a year after it was “confirmed” to be put into operation.

Before implementing MDMS, NTA made IMEI registration compulsory in April 2016. It had even been said that the phones with unregistered IMEI numbers would become nonfunctional from April 1, 2017. However, citing various reasons, the organization chose not to take the action.

Yet, the online IMEI registration system did not completely nullify the problem. Thus, to do so, NTA planned to implement Mobile Device Management System (MDMS) in Nepal. We had been hearing about its progress in bits and pieces every now and then with vague info regarding its inevitable availability.

How did Mobile Device Management System (MDMS) in Nepal come to be?

This project was initiated back in 2018 and tendered to OSI Consultancy (India), Numera SDN. BHD. (Malaysia), and Namaste Global Communications (Singapore). The cost of building this system is estimated at a little over 7 million USD. As you’d expect, this system will only recognize those imports that have followed due diligence and allow their operation.

All the official smartphone distributors/importers will register their devices in MDMS. But, illegally imported devices will be effectively blocked from any national telecom operator’s network. And, as I mentioned earlier, the parties involved in such activities will also be subject to legal action as defined by the existing regulation. 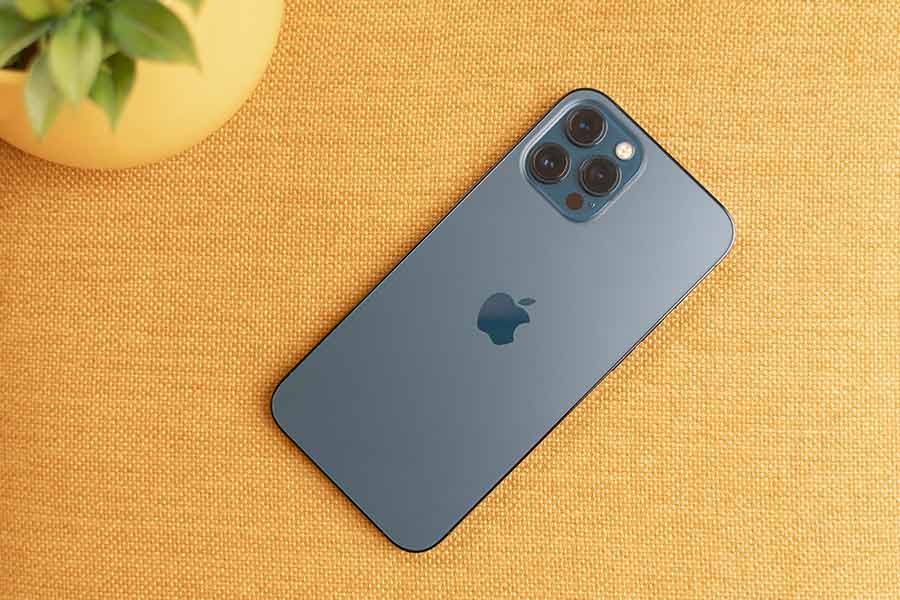 Furthermore, the Mobile Device Management System will also let you track your device in case of loss/theft. All in all, the introduction of MDMS is exciting news for the Nepalese smartphone market. Not just the distributors and others, but it will also be massively fruitful for the end customers.

Why is MDMS necessary?

Currently, mobile importers have to pay 13% VAT and 5% excise duty on mobile imports. Furthermore, the government has reduced the percentage of VAT return to 0% this year. Thus, it is not surprising that the smartphones bought from the grey market come at a cheap price since they effectively skip paying both fees.

According to NMDA, the grey market covers around 25% of the overall smartphone market in Nepal. And right now, there is an increase in the demand for mobile phones. Especially after the Nepal Government levied a ban on the import of handsets above USD 300 in mid-July 2022. Back in April 2022, the ban originally extended to phones worth above USD 600, citing the declining state of foreign reserves (forex) in Nepal.

The latest report from Customs Department says that 5.63 million phones worth Rs. 39 billion were imported in the first 11 months of the fiscal year 2078/79—the highest ever (in terms of valuation, not quantity) in the history of Nepal.

To compare, the volume of smartphone imports amounted to just Rs. 32.09 billion during the entire fiscal year 2077/78. As you could tell, this 21.53% increment was big news for Nepal’s smartphone industry and an indicator of the efficacy of IMEI registration in discouraging grey imports. MDMS will only further strengthen this momentum in the domestic smartphone scene.

Moreover, monetary transactions via smartphones have increased too. Because of this, leaving the smartphone grey market unchecked will only result in its growth due to high demand. And this is a serious concern for the official distributors. Therefore, NMDA had been desperate for the implementation of the MDMS. Not only that, MPIA and NMDA have been slapping holograms in the phone’s box to help customers identify official imports.