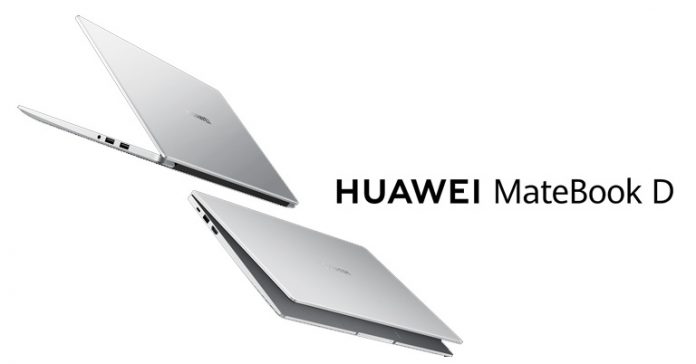 Back in December, Huawei released the 2021 iteration of its MateBook D series of notebooks. The company has now refreshed the lineup with the latest AMD Ryzen 5000-series processors. Here, we will be discussing the key specifications, features, expected price, and availability of Huawei MateBook D 14 and 15 Ryzen Edition in Nepal.

The new MateBooks come with the latest Ryzen 5000-U series processors. Users can choose between Ryzen 5 5500U and Ryzen 7 5700U. Here, the Ryzen 5 5500U features six cores with a maximum clock frequency of 4.0GHz.

On the other hand, Ryzen 7 5700U has eight cores and a clock frequency of up to 4.4GHz. Both processors have a default TDP of 15W and they support Simultaneous Multithreading (SMT) technology for multithreaded applications too.

There is no discrete GPU here and users will have to rely on the integrated Radeon Vega graphics. The GPU on the Ryzen 7 has more cores (8 cores) and a higher frequency (1900MHz) compared to the Ryzen 5 (7 cores @ 1800MHz).

Because of the low TDP, Huawei is relying on a single fan solution to keep the core temperature in check. Accompanying this are two heat pipes.

Besides this, the AMD version of Huawei’s MateBook D is pretty similar to its Intel counterpart. As the monikers suggest, the MateBook D 14 features a 14-inch display while the MateBook D 15 has a larger 15.6-inch screen.

Both screens feature an FHD (1920 x 1080) IPS panel with 300 nits of brightness. The 14-inch model has a slightly better pixel density. Other than that, they cover 100% of sRGB color space and 178º viewing angles. Plus, Huawei has also attained TÜV Rheinland’s low blue light certification. This metal chassis is available in two colors – Moon Silver and Deep Space Gray. As expected, the MateBook D 15 is both thicker and heavier than its smaller sibling.

As for the ports, you get one USB-C connection with charging support, two USB-A, one HDMI, and a 3.5mm combo jack. Their keyboard is backlit and the power button is home to a fingerprint scanner too. One of the keys hides the 720p webcam, which pops up only when you need it. Both laptops feature a 56Wh battery with support for 65W charging.