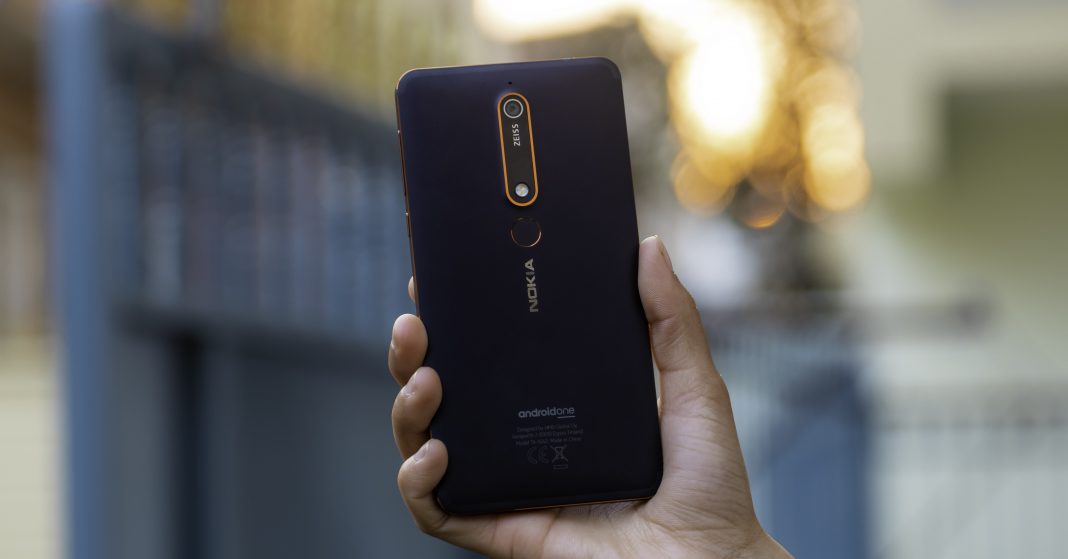 The Nokia 6.1 (Nokia 2018) is an upgrade over last gen’s Nokia 6. It now comes with many improvements in battery, performance, software, but is priced slightly higher. So the question arises is it worth the price and does it provide value for money? Let’s find out now.

Let’s start with the design and the build. Nokia phones are always built like a tank and this one is no exception. The unibody metal with flat diamond-cut sides rounded corners not only feels solid in hand but has survived drops many times. I won’t be doing any sort of drop test but believe me, it feels like a rugged phone without looking ugly. 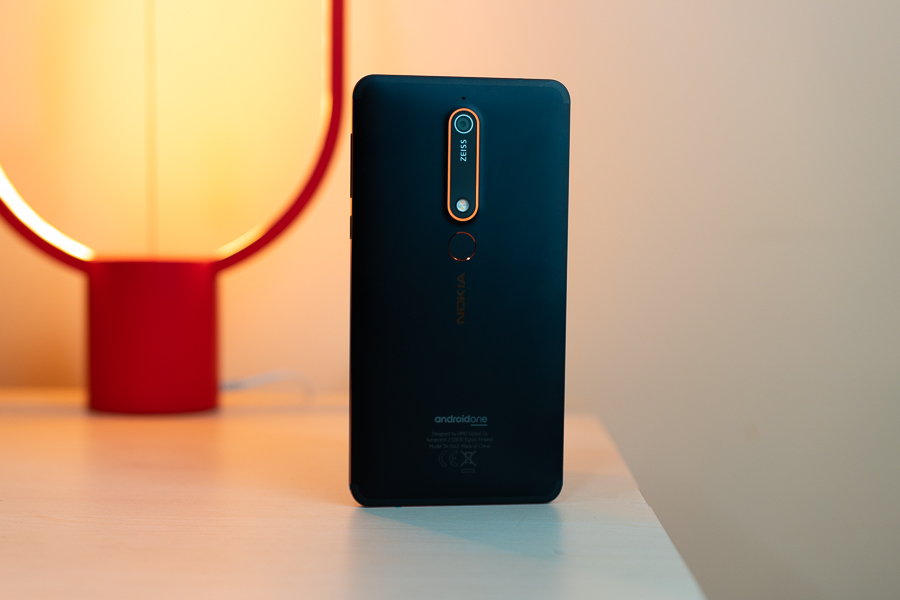 On the front, there is an 8MP camera and a Nokia logo at the top right and a thick black bezel on the bottom. The headphone jack is placed on the top and the power button and volume button are on the right. And what I noticed right away was that the buttons are not very tactile. 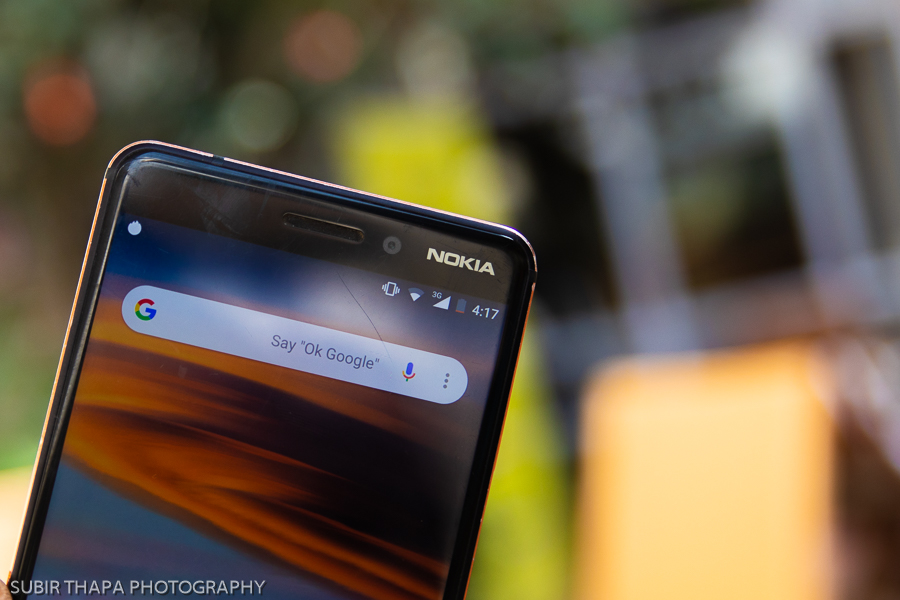 There is a 16MP camera on the back with LED flash and fingerprint sensor. The sensor is built too low and almost all the time I place my finger on the flash. And not to forget, the fingerprint sensor isn’t among the fastest one around. 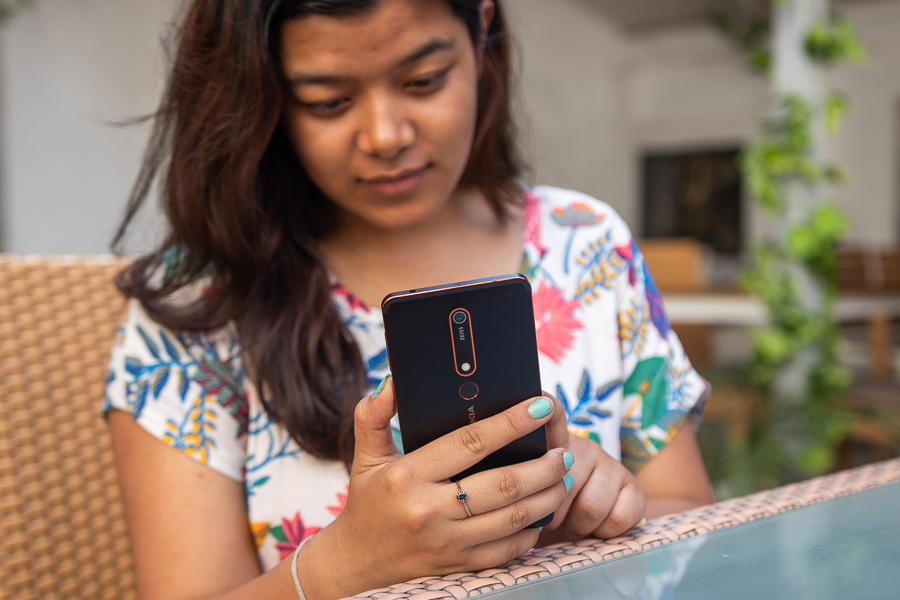 A SIM tray is on the left, while the speaker next to the USB type C is placed on the button. The audio quality while streaming videos or playing high-quality games is impressive, though it doesn’t come with a stereo speaker. The Single speaker with smart amplification works really well.

The phone has a smooth back and it slips from my hand once in a while. Also, the 6.1 is not very ideal for one-hand usage- especially if you have small hands. Nevertheless, the phone is still very attractive and has a premium look than most of the budget smartphones.

Up front, you get a 5.5-inch Full HD display in 16:9 aspect ratio which makes the phone seem oddly stubby and outdated. But the quality of the panel doesn’t look that bad once the display is on. The IPS LCD is sharp with high contrast, but the color is not very accurate. Talking about brightness, it’s one of the brightest display I have seen and it works great in the sunlight. Though it does seem too bright when you are indoors for that, there is adaptive brightness. The adaptive brightness can also be scheduled to activate automatically and you can also adjust the intensity as per your necessity.

Now, moving on to the performance, Nokia 6.1 has Snapdragon 630 processor which is a quite an improvement from its 2017 version. With a pure version of Android, the performance is smooth. Nokia 6.1 houses a 3 GB RAM and 32 GB internal storage which provides a smooth performance and enough storage to run games. There is also a 4GB/64GB version available

It takes about 40-45 mins to slightly heat up with normal usage which includes Facebook, Instagram and light games like Jump Stack. However, I can’t say the same while playing high-end games. The phone does heat up after 30 mins of using apps and games like Snapchat and PUBG. I had to tone down the graphics while playing PUBG for better performance.

The phone runs on Android 8.1 (Oreo) and being a part of Google’s Android One program is also among the device’s highlights as this device will get regular software updates. It also means the device will have no bloatware or unnecessary animations affecting the performance.

Moving on to the camera, it features a 16 MP single rear camera. As it doesn’t have a dual camera there won’t be any fancy portrait mode. The normal photos are quite colorful and crisp in proper lighting. I wouldn’t say it has great detailing or very sharp in normal mode. But the HDR mode gives a quite good sharpness and detail. Also, it seems to oversaturate the sky and scenery making it look a little unnatural.

There is a very noticeable shutter lag and takes a while to take a picture which turns out blurry if not kept steady. Now, the pictures were taken at night and poor lighting condition are very disappointing. It doesn’t have good detailing and it struggles to present much more than noise.

Selfies taken from the 8MP front camera is decent and has an ok detailing in daylight. However, the beauty mode isn’t very satisfying. It comes out very soft and unfocused at times.

Surprisingly, there is 4k video recording, time-lapse, and slow motion. Nokia 6.1 also has digital stabilization and audio recording which is not available in most budget smartphones.

The Nokia 6.1 houses a Non-removable Li-Ion 3000 mAh battery and supports Type-C. The battery really amazed me. The phone offers a great battery life and lasts more than a day. It also supports fast charging and takes only 1hr 30 mins to get a full charge.

So for the price, the Nokia 6.1 is quite competitive among the midrange segment. The all-metal phone has an attractive design with solid quality, it’s running on stock android which promises timely software updates, the chipset is capable, and battery life is great with fast charging support. 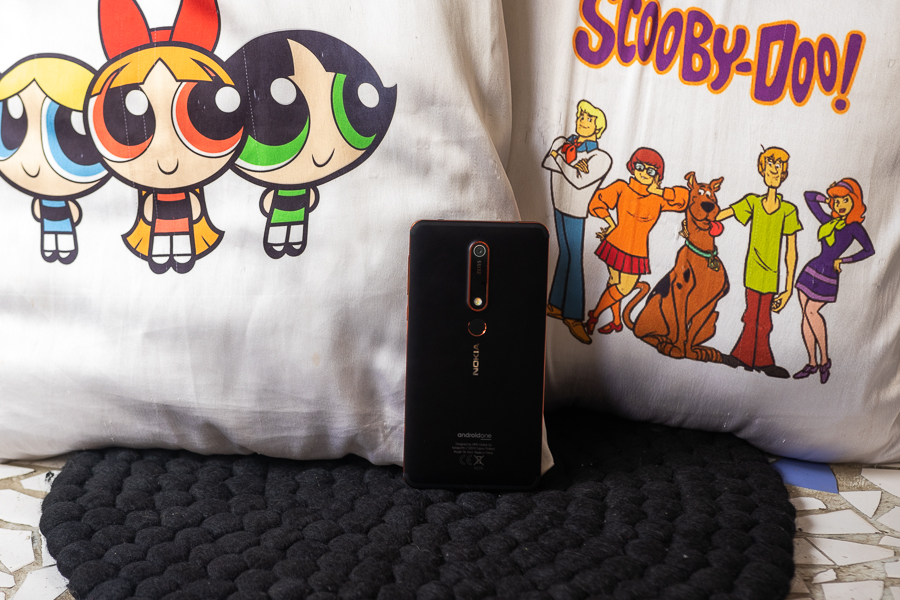 However, it’s not a perfect device: it lacks dual cameras with no portrait mode and the lowlight images are poor. The 32GB storage might not be enough for some and you have to cash in extra for the 64GB version. Also, it lacks the tall display with 18:9 aspect ratio. But despite all that, I still think Nokia 6.1 is a great choice alongside the Xiaomi Redmi Note 5 AI.

And this was our Nokia 6.1 full review. Tell us what you like and dislike about the phone in the comment section below.

You may also like: Nokia 7 Plus Review-The Trendy Beast