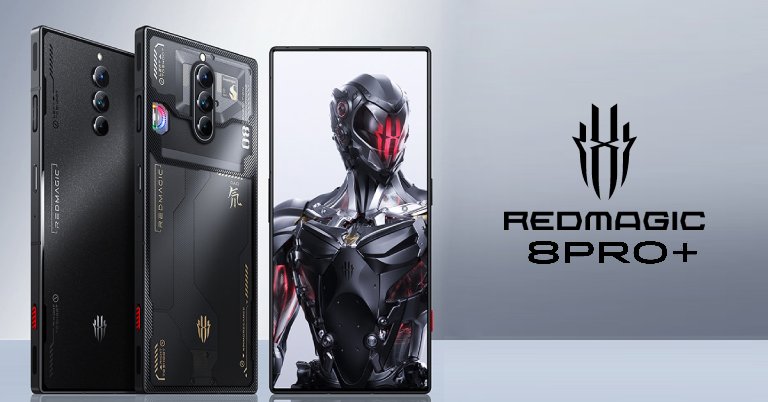 As expected of any flagship gaming phone, both the Nubia Red Magic 8 Pro and Pro+ uses the best chip out there, which in this case, is the Snapdragon 8 Gen 2. The latest chip from Qualcomm is based on a new 4nm node and brings a 1+4+3 core architecture with Cortex-X3 Prime, Cortex-A715, Cortex-A710 performance, and Cortex-A510 efficiency cores. On the graphics side, it has the latest Adreno 740 based on the ARM IMMORTALIS GPU with hardware-accelerated ray tracing.

Backing the Snapdragon 8 Gen 2 is the Red Core R2 independent game chip to enrich the user’s gaming experience. This new chip is tasked with optimizing the shoulder buttons, touch inputs, haptics vibration, and sound effects for an immersive gaming experience.

Along with the new game chip, Red Magic 8 Pro/Pro+ will also have Nubia’s latest self-developed ICE 11.0 cooling system. Of all the cooling components on the phone, Nubia is really hyping up the new 3D Ice-level double pump Vapor Chamber with liquid cooling, which the brand believes is the industry’s first. It is also the biggest VC in the Red Magic lineup with a volume of 2068mm3, and it boasts 100% higher thermal conductivity than traditional VCs. 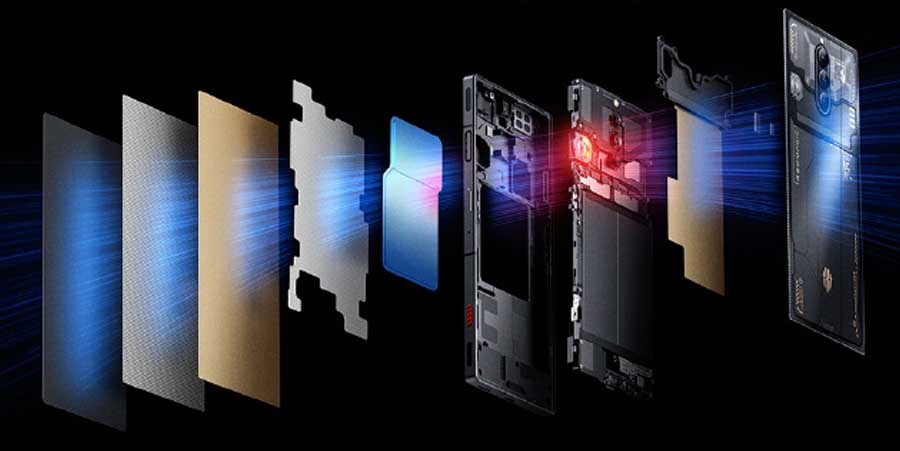 That aside, the ICE 11.0 cooling solution consists of over a dozen other components, including high-speed centrifugal fans, an air duct, a graphene layer, and additional 10 layers of heat-dissipation materials. All of them work in tandem to reduce the surface temperature of the phone by up to 16° Celsius.

Nubia has also re-designed the Red Magic 8 Pro from the ground up. It now flaunts a boxy design with flat edges. There are volume rockers and a power key to the left, while the left side is home to the gaming shoulder buttons and a slider with a red accent. The phone will be available in matte black and transparent color options. Over on the front, there is a 6.8-inch 120Hz flat AMOLED screen with symmetrical 1.48mm side bezels. This allows the phone to achieve a 93.7% screen-to-body ratio. Other display specs include a 960Hz touch sampling rate, 10-bit color gamut, 1440Hz PWM Dimming, and up to 1300 nits of peak brightness.

Gaming phones are not known for their cameras, and the Red Magic 8 Pro series will be no different. Both the 8 Pro and Pro+ features a 50MP ISOCELL GN5 sensor as the primary shooter. This is joined by an 8MP ultra-wide angle lens and a 2MP macro sensor. Meanwhile, there is a 16MP under-display camera for selfies. Until now, the specifications of both devices have been similar. However, they differ in terms of battery capacity, as the 8 Pro has a 6000mAh battery and supports 80W charging. The Red Magic 8 Pro+, on the other hand, has a smaller 5000mAh battery but supports faster 165W charging.