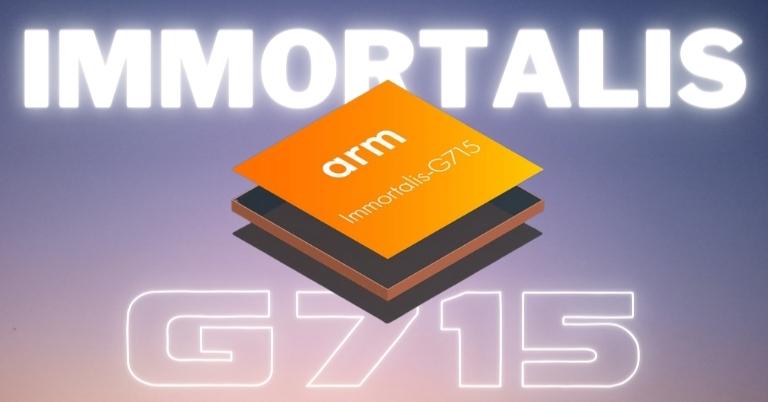 Arm has announced its new flagship GPU called “Immortalis.” It is Arm’s first mobile GPU to come with hardware-based ray tracing. The GPU is targeted toward flagship Android users who are keen on gaming on their phones. In this article, we will be discussing the Intel Arm Immortalis GPU in more detail.

According to Arm, the new Immortalis-G715 GPU is designed for next-generation flagship smartphones. In addition, the company claims to offer a 15% improvement in performance with its new GPU.

Besides, Arm is raving about a two times improvement in architectural machine learning. Moreover, it should provide “ultimate mobile gaming and graphics experiences.”

As mentioned, the Immortalis-G715 is the first Arm GPU to offer hardware-based Ray Tracing. According to Andy Craigen, the product management director of Arm, the main challenge of RT is high power usage.

However, per the Arm, the ray tracing on the Immortalis-G715 only uses 4 percent of the shader core area. The company also claims a 300 percent performance improvement via hardware acceleration.

Arm claims its partners and hardware are ready to utilize hardware ray tracing fully. The developer ecosystem, however, still needs to catch up.

With the announcement of Immortalis, Arm has also updated its Mali lineup of GPUs with the Mali-G715. In addition, it supports variable-rate shading, which allows for “significant energy savings and a performance boost.”

The Immortalis GPU will be available in flagship smartphones in Q1 of 2023. Arm also shared a roadmap showing that they will follow up the Immortalis with a GPU dubbed “Titan” in 2023 and “Krake” in 2024.