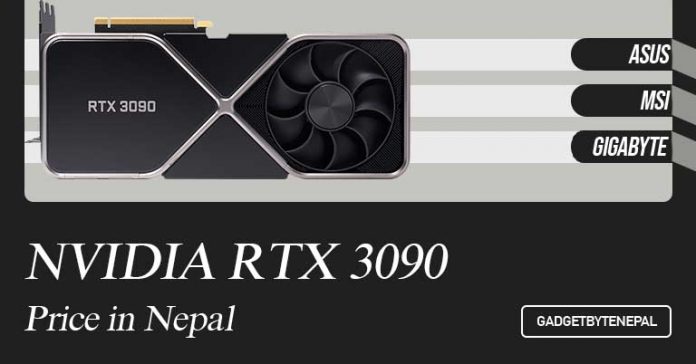 In this article, we will walk through the specs, features, and availability of NVIDIA GeForce RTX 3090 graphics cards in Nepal along with their latest price here.

Dubbed as a “ferocious beast” and “BFGPU,” NVIDIA classifies GeForce RTX 3090 as a GPU designed for creators, researchers, and extreme gamers. It is based on the Ampere architecture and is manufactured using Samsung’s 8nm node.

With such raw power inside, the NVIDIA GeForce RTX 3090 can handle up to 8K/60 FPS games. In fact, this is the world’s first graphics card to support 8K resolution gaming.

While none of the games natively support 8K, NVIDIA’s DLSS 2.1 technology allows games to run at this high resolution. DLSS 2.1 offers an “ultra performance mode” for 8K gaming with up to 9X scaling. That is, it can render internally at 2560×1440 pixels and then upscale the result to 7680x 4320 pixels. 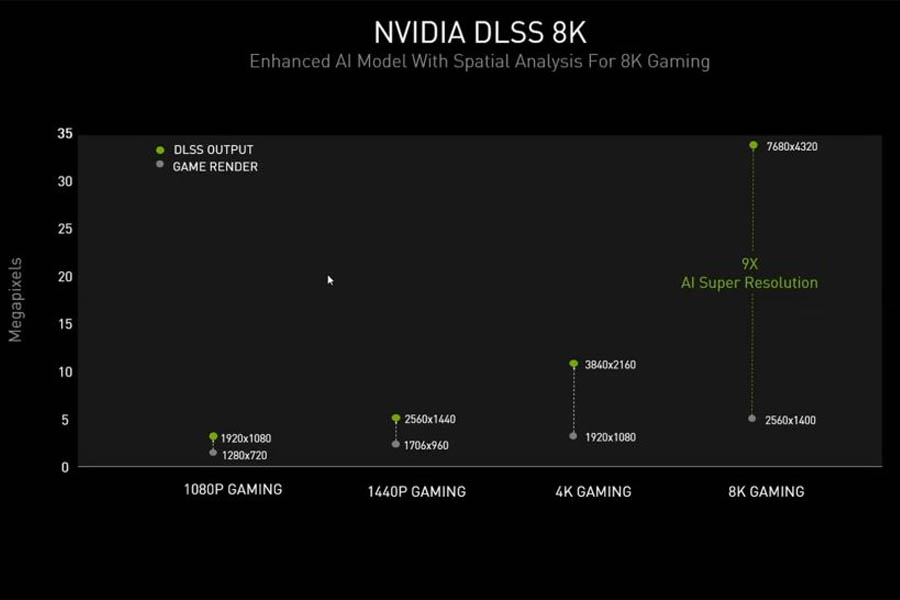 To keep thermals under control, the RTX 3090 has two built-in fans, one on the and one on the back. Both fans spin counterclockwise, however, the rear fan draws air from the radiator while the front one pushes air out the back of the card. As per NVIDIA “this dual-axis, the flow-through design keeps the GPU up to 10x quieter and up to 30° cooler than the TITAN RTX.”

Besides the price of the NVIDIA RTX 3090 graphics cards in Nepal, you might also be interested in: