In this post, we have listed down all the currently available PC graphics cards in Nepal, along with their price. The global GPU market was greatly affected by the chip shortage and the booming crypto industry. And not so long ago, both AMD and NVIDIA graphics cards were quite hard to get; while the ones that were available had exorbitant pricing. But now, graphics cards are relatively easier to come by, while their price has gone down significantly across the globe, including in Nepal.

AMD sells its consumer-grade graphics cards under the “Radeon” branding. Although the company had been trailing behind NVIDIA—especially in the flagship category—the RDNA 2-based Radeon RX 6000 series was a breath of fresh air.

According to AMD, RDNA 2 can deliver a whopping 50% better performance-per-watt compared to RDNA thanks to the advancements in terms of clock speed and instructions per cycle (IPC). Currently in Nepal, you can find all models of Radeon RX 6000 series graphics cards. Do note that the prices mentioned below are reference prices for the base variant of each model.

For instance, in the case of Asus, it has a few lineups of RX 6900 XT cards: ROG Strix and TUF. Although they both meet the requirements of 6900 XT, ROG Strix is the more expensive of the two because of its higher clock speeds, more advanced cooling system, and better visual aesthetics.

Not just Asus, this practice is common among other manufacturers like MSI and Gigabyte as well. So to reiterate, the following prices are for the base variant of each model from either Asus, MSI, or Gigabyte. But as the demand for AMD’s Radeon lineup of graphics cards is not that high in Nepal, just a handful of SKUs are circulating the market.

NVIDIA is the go-to choice for most people looking to purchase a graphics card in Nepal. The company’s GeForce lineup is incredibly popular among gamers, content creators, data scientists, and other users alike. And the good thing is that you can find all ranges of NVIDIA graphics cards in Nepal.

So whether you’re setting up a basic system for your home/office or building a high-end gaming station, there’s the right GeForce card for you available in Nepal. In 2020, NVIDIA unveiled the RTX 30 series of graphics cards based on the new “Ampere” microarchitecture.

Manufactured under a custom Samsung 8nm process node, it goes head-to-head against AMD’s Radeon RX 6000 series. As for the features, the RTX 30 series bring second-gen ray tracing cores and third-gen Tensor cores. Like AMD, you can find aftermarket NVIDIA graphics cards in Nepal from brands like Asus, MSI, and Gigabyte.

In the world of graphics cards, Asus has primarily established itself as a gaming-focused brand. Its ROG Strix Gaming series is known to deliver incredible performance and a unique design. Besides this, the company also sells relatively more affordable cards with a lot less bling.

Among them, the TUF series is for you, if you’re looking for the best bang for your buck. As the name implies, the TUF branded graphics cards have special emphasis in terms of durable build quality. Compared to MSI and Gigabyte, Asus graphics cards cost comparatively more in Nepal.

As for MSI, you can find a bunch of its aftermarket NVIDIA GeForce series of graphics cards in Nepal. The “Ventus” lineup in particular is quite popular in the domestic market as it delivers excellent value-for-money with great performance and cooling.

But if you want something with RGB lighting, better build quality, and slightly better performance, there’s the “Gaming” and “Suprim” lineup. Compared to Asus, the prices of MSI graphics cards in Nepal are slightly lower.

Gigabyte is yet another popular aftermarket graphics card maker. Among the three brands discussed in this article, Gigabyte’s GPUs are usually the most affordable you could find in the domestic market. Like Asus and MSI, it also has multiple lineups of graphics cards including Eagle, Gaming, Vision, and Aorus.

One thing to note is that you may come across the phrase “Rev 2.0” in multiple Gigabyte graphics cards. While Rev 2.0 cards typically introduced some minor upgrades or fixes over Rev 1.0, in the case of RTX 30 series, Rev 2.0 also introduces LHR (Lite Hash Rate) to limit the card’s crypto mining capabilities. 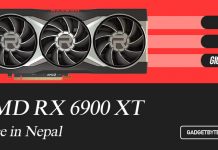 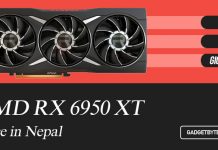 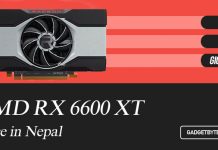 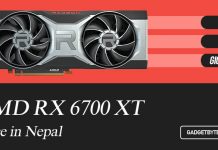 Nikhil Shrestha - July 21, 2022
NVIDIA absolutely crashed the GPU market with the announcement of its Ampere-based RTX 30 series graphics cards. And AMD tried to swoop in on... 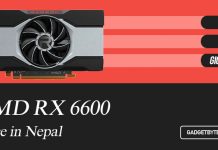 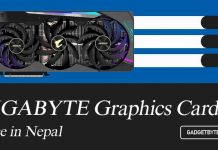 Sanjeev - July 19, 2022
Founded back in 1986, Gigabyte is among the top PC hardware manufacturers in the world. The company makes products for both the consumer market... 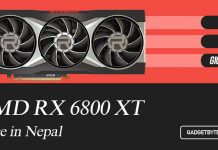 Sanjeev - July 19, 2022
After trailing behind NVIDIA for years, AMD finally unveiled something substantial against NVIDIA in the premium GPU market back in October 2020. The company’s... 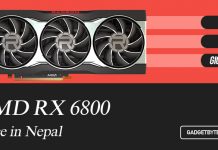 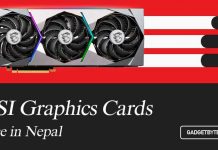 Sanjeev - July 17, 2022
MSI is a household name when it comes to gaming. Mostly known for its wide range of gaming laptops, the company also manufactures gaming... 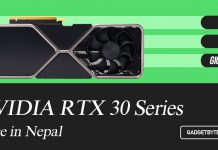