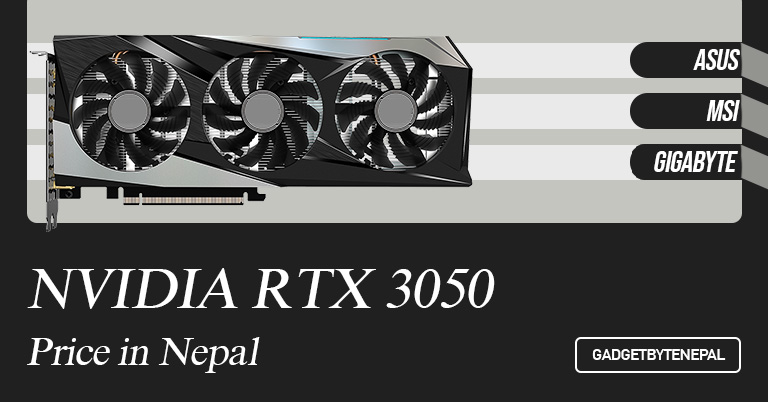 During the CES 2022 keynote, NVIDIA announced the RTX 3050 budget graphics card for PC. It is the cheapest entry in the RTX 30-series so far. In this article, we will be discussing the specs, features, price, and availability of NVIDIA GeForce RTX 3050 graphics cards in Nepal.

As with the other cards in this lineup, RTX 3050 is also built on the Ampere architecture. Thus, it comes equipped with NVIDIA’s second-gen RT cores for ray tracing, and third-gen Tensor cores for DLSS (Deep Learning Super Sampling) upscaling.

NVIDIA claims that the RTX 3050 can handle 60fps gaming at 1080p resolution with ray tracing turned on. The company also compared it with the older GTX 10 (1050, 1050 Ti) and GTX 16-class (1650) graphics cards, where it outclassed them all. However, it is to be noted at the RTX 3050 has DLSS that the other cards don’t—which directly factors in on the higher fps count. 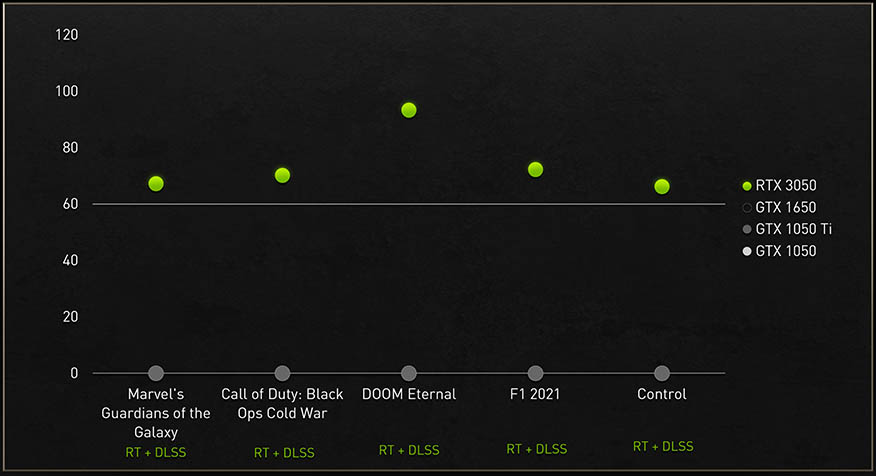 Moreover, the company is also promoting RTX 3050 as the cheapest way to get ray tracing and DLSS on your PC. It is being placed as a viable upgrade to the GTX cards, which the company says are still being used by 75% of gamers.

Besides the price of the NVIDIA RTX 3050 graphics cards in Nepal, you might also be interested in: