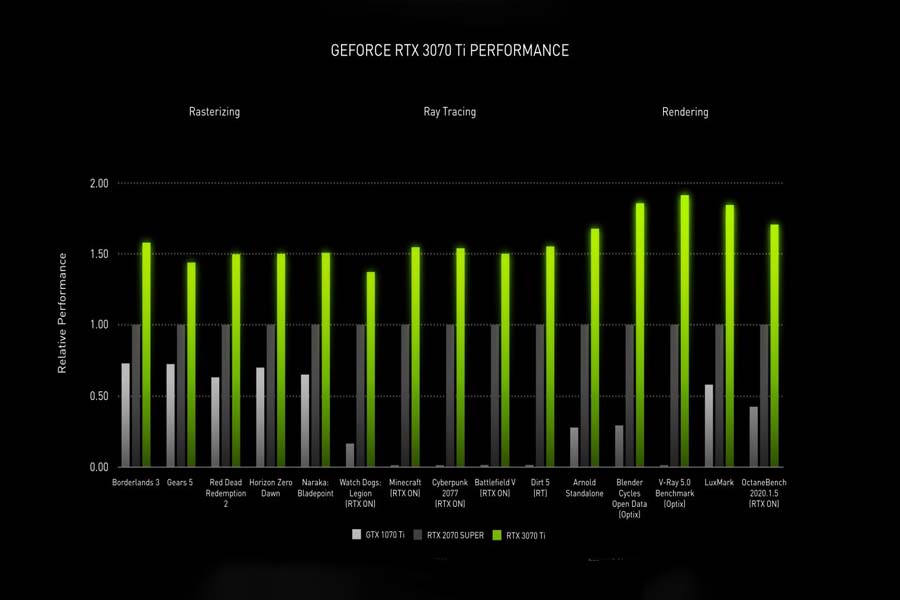 It supports all the premium NVIDIA features like ray-tracing, DLSS, Reflex, Broadcast, etc. much like the RTX 3080 Ti. Deep Learning Super Sampling (DLSS) is currently supported by more than 50 games, providing an AI-powered boost in FPS on top of sharper images. And, as is customary, the RTX 3070 Ti will have a halved hash rate for cryptocurrency miners (specifically Ethereum mining).

Besides the price of the NVIDIA RTX 3070 Ti graphics cards in Nepal, you might also be interested in :