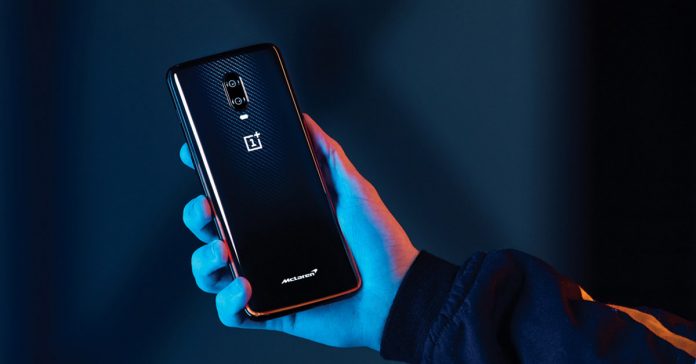 When OnePlus released the OnePlus 6T, it was criticized for killing the 3.5mm headphone jack and for not bring enough upgrades on the table. And OnePlus 6T was the second OnePlus phone in 2018. But very unusual of the brand, the company released the third phone in the same year and this time with somewhat a hefty price tag. The new phone goes by the name OnePlus 6T McLaren Edition and it is the product of the smartphone maker’s recent collaboration with the McLaren.

This year, OnePlus brought smartphones with the tagline of “The Speed you Need”. But for the McLaren Edition, they are going with the tagline “Salute the Speed”. OnePlus has always been known for the bring smartphones, which excels on the performance front. And the tagline readily suggests that. The new phone comes with Snapdragon 845 chipset, which is nothing new as we have seen the chipset on its earlier OnePlus 6 and 6T devices. However, the McLaren or the special edition of the handset packs a whopping 10GB of RAM. That’s more RAM than what I have on my laptop.

On the storage front, there is 256GB of onboard memory. Probably increased RAM would be the reason for the increased price tag. The newbie costs $700/€700 on the purchase. The phone will be available at this price from December 13th on North America and Western Europe. But in India, China, and Nordics regions, it will go on sale on the later date.

In terms of design, the OnePlus 6T McLaren Edition looks quite fancier than the regular OnePlus 6T. The glossy back panel of the device comes with a special black and yellow color scheme. The yellow or the Papaya Orange on the device, which is the McLaren’s signature color shines at certain angles add up a premium look.

OnePlus has also garnered quite a fame in the smartphone market due to its Dash charge technology. This time has upgraded the charging technology as well. This new charging technology goes by the name “Warp Charge”, which injects the power into the device at a 30W rate. This seriously is
a respectable upgrade over the 20W Dash Charge on the OnePlus 6T. With this charging technology, the new OnePlus 6T gets replenished up to 50% just in 20 minutes.