Realme GT Neo 3 is the successor to the GT Neo 2 from last year. The phone’s major USP (Unique selling proposition) is the UltraDart 150W fast charger, which can charge the handset from 0 to 50% in just five minutes. it is the first phone to support 150W fast charging. Furthermore, it is one of the first phones in the world to use the MediaTek Dimensity 8100 chipset. The GT Neo 3 was initially released in China and has made it to the global market since then. 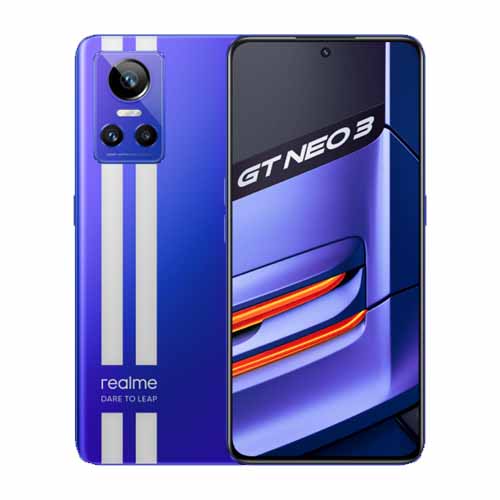 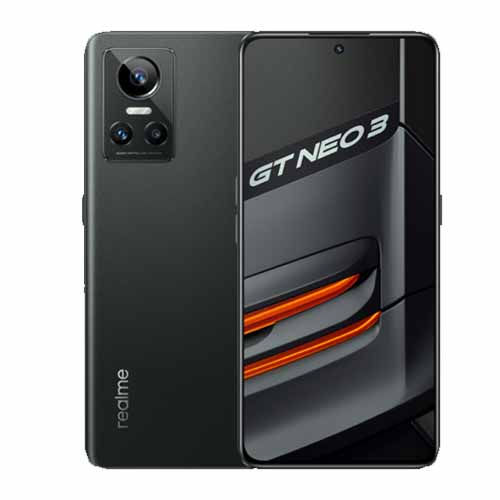 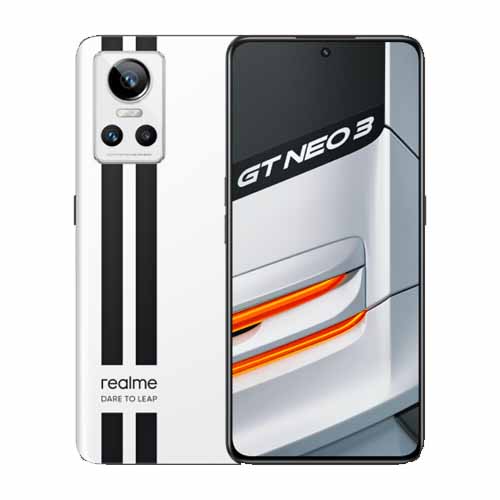 To begin with, the Realme GT Neo 3 flaunts a 6.7-inch AMOLED panel on the front. It’s an FHD+ resolution 10-bit panel with 100% DCI-P3 coverage and support for a 120Hz refresh rate. The device also has an independent display chip, which adds frames to the scenes. These extra frames will make games seem smoother while also consuming less power. 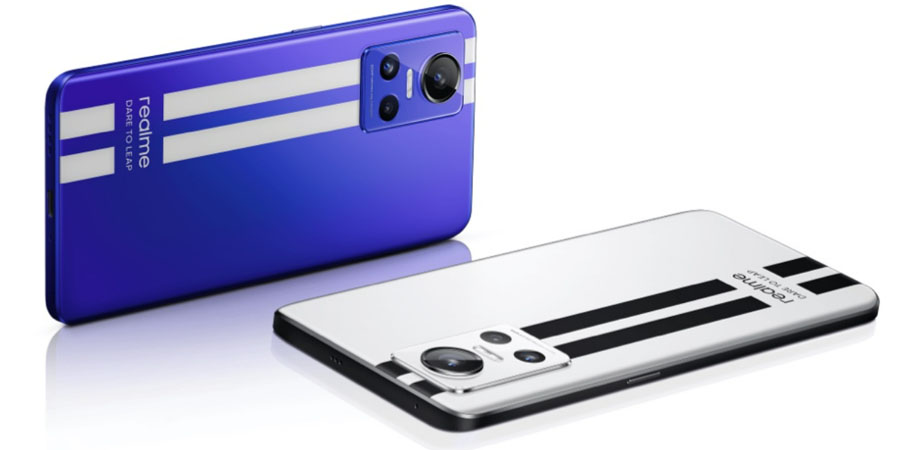 In terms of design, the Neo 3 has an AG Glass surface on the back and comes in three colors: Blue, Silver, and Black. The first two color options have racing track-inspired lines that go through the camera island and Realme’s branding. Whereas, the latter has a matte finish on the back.

The device is powered by MediaTek Dimensity 8100 SoC. This chip is built on the TSMC’s 5nm technology and includes four Cortex-A78 and four Cortex-A55 cores. Meanwhile, the graphics are handled by the Mali-G610 MC6 GPU.

However, the device’s charging speed is its most striking feature. The phone supports 150W charging, which can charge it to 50% in 5 minutes. TÜV Rheinland has also certified it for safe fast charging. On the other hand, Realme is also offering the GT Neo 3 with comparatively slower 80W Super VOOC charging and a larger 5,000mAh battery.

In terms of optics, the smartphone has a triple camera configuration on the back, with a 50MP Sony IMX766 sensor (w/ OIS, 4K, and other features) partnered with an 8MP ultrawide angle lens and another 2MP macro sensor. The front has a 16MP sensor in a punch-hole for selfies and video calls.

Aside from that, the handset has X-axis linear motor for haptics and an in-display fingerprint sensor for biometrics. Connectivity options include 5G, Wi-Fi 6E, Bluetooth 5.2, GPS, NFC, and a USB Type-C.