With the beloved Galaxy Note lineup officially dead, Samsung will now implement its design traits like a boxy look and built-in S-Pen under the “Ultra” series instead. And the first phone marking this change is the new Galaxy S22 Ultra. Here, we will discuss the full specifications and price of the Samsung Galaxy S22 Ultra.

Unlike last year’s Galaxy S21 Ultra, the S22 Ultra features a boxy design that’s reminiscent of Samsung’s Galaxy Note lineup. With this, the phone is quite tall and weighs around 229 grams. It also has an S-Pen built right inside the phone that has 70% lower input latency compared to Note 20 Ultra’s S-Pen. Like other devices in the S22 series, it is IP68 dust-and-water resistant as well. Moreover, the phone has curved edges and sides for a comfortable grip—which is quite different from the squared-off design of the Galaxy S22 and S22+. In terms of display, the S22 Ultra has a large 6.8-inches Dynamic AMOLED 2X panel with a 120Hz refresh and 240Hz touch sampling rate. Another feature exclusive to the Ultra is LTPO 2.0 panel. It lets the screen drop to as low as 1Hz when viewing static content.

On the performance front, the Galaxy S22 Ultra gets either Snapdragon 8 Gen 1 or Exynos 2200. These 4nm chips have been complemented with either 8 or 12GB LPDDR5 RAM and up to 1TB of internal storage.

Contrary to past launches, Samsung has brought the Snapdragon variant of the Galaxy S series this time in markets like Nepal and India. The phone boots on Android 12-based One UI 4.1, and it’s guaranteed to get 4 years of platform and 5 years of security updates.

Getting to the cameras, the Galaxy S22 Ultra brings a quad-camera array at the back. This consists of a 108MP primary, a 12MP ultrawide, and two 10MP telephoto lenses; one capable of 3x and the other capable of 10x optical zoom. As for the selfie camera, there’s a 40MP sensor housed inside the hole-punch cutout. 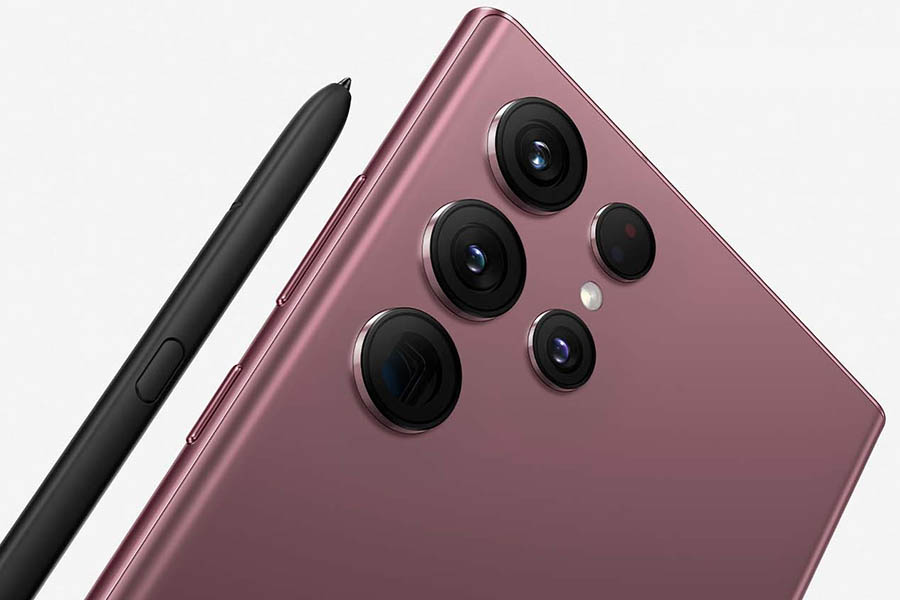 Check out the full specifications and price of the Samsung Galaxy S22 Ultra below: