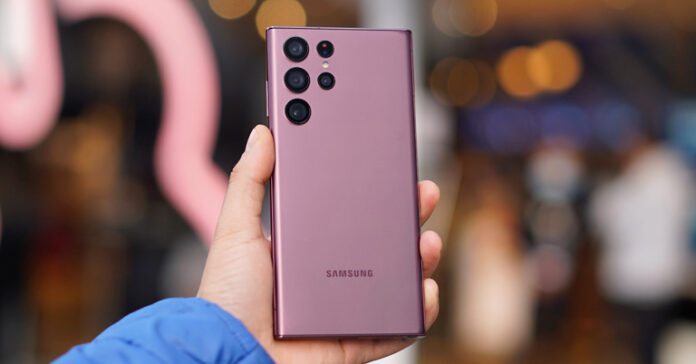 The Galaxy S22 Ultra takes the design cues from the Galaxy Note lineup. Compared to its predecessor, it now has a boxy design and completely new camera housing. Moreover, while the S21 Ultra already supported S-Pen, the S22 Ultra now brings a built-in silo for the stylus. The pen here has 70% less latency than Note 20 Ultra’s S-pen. More specifically, Samsung has brought down the input latency from 9ms to just 2.8ms here. Over on the front, it boasts a 6.8-inch Dynamic AMOLED 2X panel with a QHD+ resolution, 120Hz adaptive refresh rate, and 1750 nits of peak brightness. Unlike the other two devices in the series, Samsung Galaxy S22 Ultra’s display curves at the two edges.

This display brings a new feature called “Vision Booster” which improves the screen’s visibility based on the ambient light intensity. You can crank up the touch sampling rate to 240Hz in the game mode. Similarly, it has Gorilla Glass Victus+ protection both on the front and the back.

Moreover, the S22 Ultra is IP68-certified for dust and water resistance. It is available in four color options—Phantom Black, Phantom White, Green, and Burgundy. However, the Phantom White option isn’t available in Nepal right now.

At its core, the Samsung Galaxy S22 Ultra is powered by Snapdragon 8 Gen 1 or Exynos 2200 processor. While the Nepali market usually got the Exynos variant of Samsung’s Galaxy “S” series of smartphones, that’s not the case this time around.

This chipset has been coupled with 8 or 12GB of LPDDR5 RAM and up to 1TB of UFS 3.1 internal storage. However, only the 12GB variant of the S22 Ultra is available in Nepal with two memory configurations: 256GB and 512GB. As for the software, it runs on Android 12 based OneUI 4 and the company has promised 4 years of Android upgrades and 5 years of security patches.

In terms of optics, the Samsung Galaxy S22 Ultra comes with a quad-camera setup at the back. Leading the array is a 108MP primary sensor with Optical Image Stabilization (OIS). This is accompanied by a 10MP periscope telephoto lens with 10x optical zoom and another 10MP periscope lens with 3x digital zoom. At last, there’s a 12MP ultra-wide lens with 120° field-of-view (FOV). 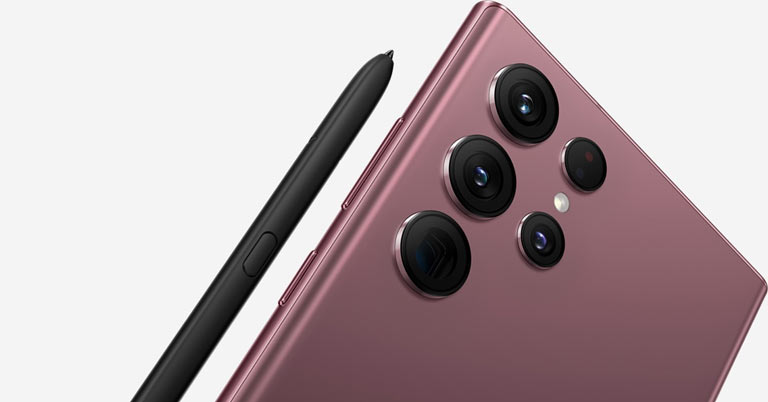 The primary and the ultrawide lens are now covered by Super Clear Glass which reduces lens flare. At the front, it has a 40MP sensor in the punch-hole cutout. Furthermore, the S22 Ultra has a 2.4um pixel sensor—Samsung’s largest pixel sensor ever—which captures more light.

There is now a feature called Adaptive Pixel which dynamically switches between 12.5MP and 108MP based on the surrounding light. It can even shoot simultaneously at the two modes and combine results for better photos. Other new software features on the Samsung Galaxy S22 include Detail Enhancer, Auto Framerate, and Super Night Solution.

Fueling the device is a 5000mAh battery that supports 45W fast charging. Besides, it also supports 15W wireless charging and Wireless PowerShare. For biometrics, it has an ultrasonic in-display fingerprint sensor.

Also, watch our impressions of the Galaxy S22 Ultra here: