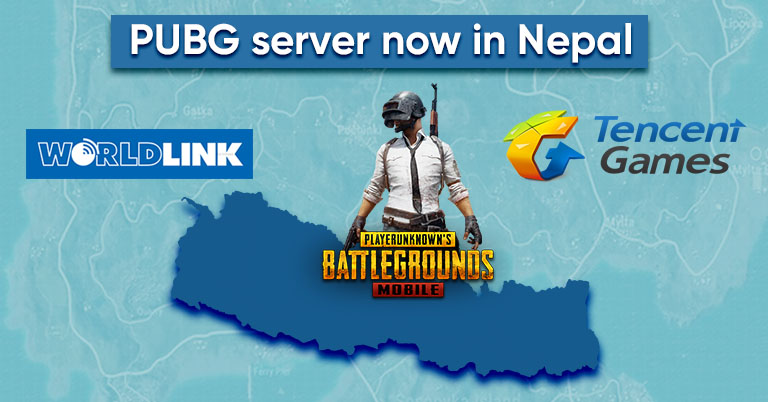 Recently, the craze towards e-sports in Nepal has been on a steep rise, thanks to the recent triumphs of domestic teams in international competitions. If you belong to this crowd, there is a piece of good news for you. Worldlink, the biggest ISP in the country has brought the PUBG server to Nepal in collaboration with Tencent. Worldlink has stated that the servers are still in the beta stage and will help reduce latency in the game (ping) once they go live.

What are CDN servers, and what do they do?

Content Delivery Network or CDNs are the backbones of almost all major web applications. As their name suggests, they help in the effective delivery of content. When are using any web page, you are constantly sending requests to the corresponding server, which processes your requests and provides you with relevant information. This whole process takes time which is called latency or ping.

Usually, each application has one origin server in one part of the world. If a user sends requests from other parts of the world, he/she may experience high latency. To help avoid that web application uses CDNs.

Web application with and without CDN servers
1 of 2

CDNS have multiple points of presence or PoPs, which consists of cache servers. These servers store cached versions of websites in SSD, HDDs, and even RAM to cope with local requests.

Usually, these types of servers have static content such as text, images, and other resources. However, recent advancements in the field have made dynamic servers possible. These servers are capable of handling requests unique to requestors.

In addition to content delivery, CDNs are also key in the security of web applications. Most CDNs use a reverse proxy technology that helps mask users’ IP. CDNS are the perfect place for installing firewalls and are great in mitigating DDoS attacks.

As of now, Worldlink has partnered with Tencent and PUBG to bring two CDN servers to Nepal. The two servers have already passed the initial tests. Now, Worldlink is preparing to add 8 more CDN servers in Nepal soon. We are not sure if the CDNs in question are static or dynamic. We tried to reach out to Worldlink and were told that these servers would help load maps and the gaming environment faster. The team believes that it will help reduce latency or ping in while gaming.

According to the reports, Nepal uses 20 to 25 Gbps of international bandwidth for PUBG. Worldlink alone is responsible for around 10Gbps of this bandwidth. Before this, Worldlink had successfully installed 20 CDN servers for TikTok after users complained of high latency.

Local players had been demanding a dedicated PUBG server for Nepal for some time now. They believe the new servers will uplift the gaming experience by reducing the latency by processing their inputs locally. However, it is yet to be seen if these servers will bring significant improvement in gameplay.