Battlefield is back. And this time, it is set in a world 21 years into the future from now. EA Games released a 5-minutes-long trailer video for the upcoming DICE-developed shooter game. The video gives a glimpse of what to expect in Battlefield 2042 in terms of weapons, maps, and game experience, whereas developers will unveil the actual gameplay at the upcoming Xbox E3 event.

As mentioned earlier, the game is set in the future, where the world is on the brink of another war. It sets in the premise of a world that has gone through a decade of chaos, including extreme calamities, the Second Great Depression, and political tension between world powers. Players will tune in to a world caught between the tension between the US and Russia, where Non-Patriated or No-Pat are fighting for their survival.

If you are looking for a single-player campaign mode, there is none. Battlefield 2042 is all about multiplayer experience. There are three gaming experiences, starting with the “All-Out Warfare”, which now supports up to 128 players.

That’s a massive jump from the current player cap of 64 in Battlefield V. However, this will only be available on PC, PlayStation 5, and Xbox Series X, Series S. Last-gen users will still be limited to 64 players. The maps will be adapted accordingly for these platforms.

There are two types of game modes under All-Out Warfare. In the Conquest mode, two teams will be fighting in a chaotic space. On the other hand, the situation in the Breakthrough will be more controlled, as one team has to defend while the other is attacking. 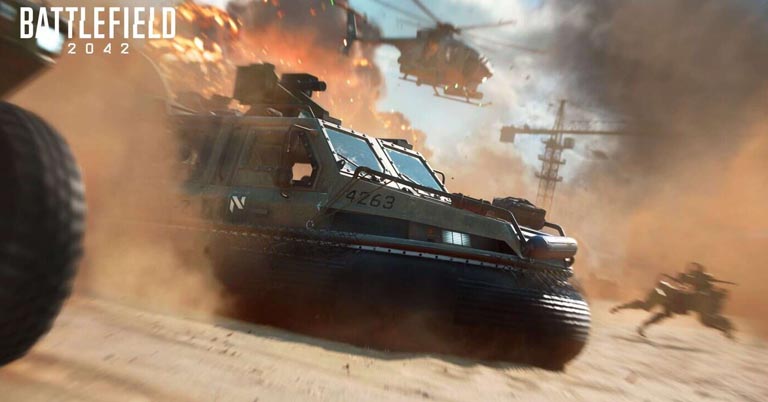 In addition to the All-Out Warfare, there are two more gaming experiences. The Hazard Zone is an all-new concept in the Battlefield franchise, which will focus on squad play. People at DICE have been stressing, “It is not a battle royale mode.”

EA says the third experience is “a love letter to Battlefield fans.” It is yet to be unveiled. There is no name or any hint about this mode.

There are several maps to choose from – Kaleidoscope (South Korea), Manifest (Singapore), Renewal (Egypt), Hourglass (Qatar), Breakaway (Antarctica), Discarded (India), Orbital (French Guiana). These maps vary in size, and each has a different theme. Breakaway is the largest of them all, expanding up to 6km.

As mentioned earlier, the last-gen console will have smaller maps because of the lower player cap. Adding to the chaos are will tornadoes, sandstorms, and other dynamic events. These events will be specific to a map. 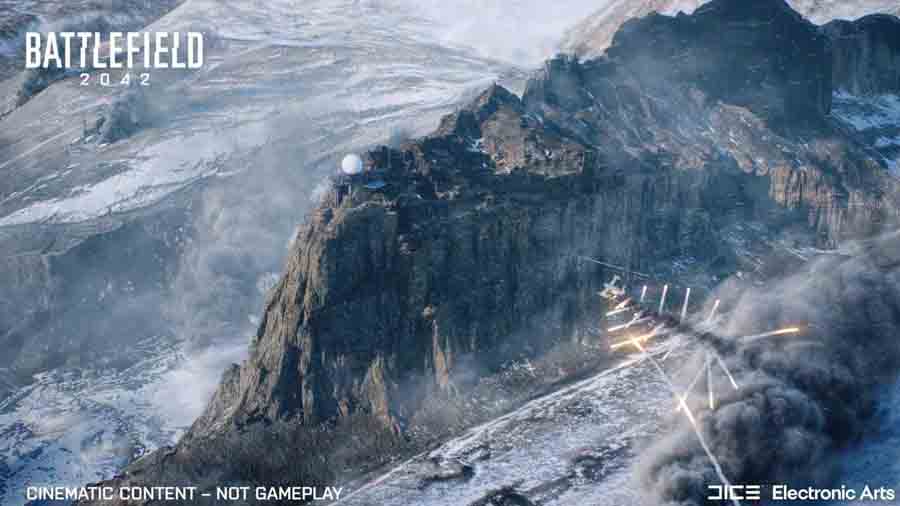 With Battlefield 2042, DICE is replacing the classes with specialists. There will be ten specialists at launch, but only four of them are official until now. It includes – Casper (Reckon class), Webster Mackay (Assault Type), Maria Flack (Support class), and Boris (Engineer).

Players will also be able to summon planes, tanks, and helicopters, etc. You can even call the Ranger – the Boston Dynamics-style war robot. Other features include wingsuit, recon drone, and grappling hooks.

The Plus System allows players to customize their guns on the fly. You can switch ammo, scope, barrels, and other attachments. In addition, the extent of customization will depend on the player’s level.

Battlefield 2042 will also bring a Battle Pass to the franchise. Developers have stated that the premium tier will only have cosmetic times and that all gameplay-related stuff will be available in the free tier. Battlefield 2042 is available for pre-order. The price is $69.99 for PlayStation 5 and Xbox Series X/S. For older consoles and PC, it will have a $59.99 price tag. Players who sign up for pre-order will be eligible for Open Beta, which will start months before the October 22 launch.