Realme India held an online event today to announce the launch of the Narzo 30 series alongside TWS earbuds and a couple of gaming accessories. As of now, the series comprises of two devices, where Narzo 30A is the cheaper one. Let’s learn more about the specs, features, expected price in Nepal, and availability of Realme Narzo 30A. 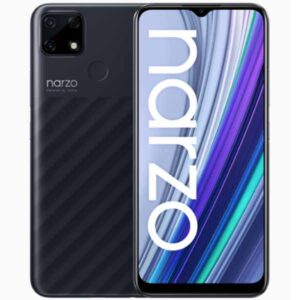 Narzo 30A has a dual-tone finish at the back. Around two-thirds of the rear panel is covered with a diagonal stripe. The remaining portion on the top is home to the square camera bump, Narzo branding, and a physical fingerprint mount. It is available in two color options – Lazer Blue and Lazer Black.

On the front, the phone features a 6.5-inch HD+ display. It has a waterdrop notch for the selfie camera and boasts a peak brightness of 570 nits. The screen-to-body ratio here is 88.7% and the phone comes with an Eye Protection Mode that controls blue right emission.

Under the hood, the device packs the Helio G85 processor. It is a popular gaming chipset from MediaTek and the company claims that it is the first time it has been included in a phone of this price range. Well, that is true seeing how the Redmi Note 9 powered by the same silicon is expensive than Narzo 30A. The phone is available in two memory configurations – 3/32GB and 4/64GB variant. Unlike the Pro model, this one has a dedicated MicroSD card slot that users can use to expand the internal storage. The phone ships with Realme UI based on Android 10. However, the company has confirmed that it will get the Realme UI 2.0 (Android 11) update quite soon.

There is a dual-camera setup on the back. Its 13MP primary AI camera has an f/2.2 aperture. It is accompanied by a Black and White portrait sensor. It comes with Super Nightscape mode and three Night filters – Flamingo, Modern Gold, and Cyberpunk. Other camera features include HDR, Panoramic view, Slo-mo, and portrait mode. On the front is an 8MP selfie camera with an f/2.0 aperture. It has support AI beautification, HDR mode, Timelapse, and portrait mode. 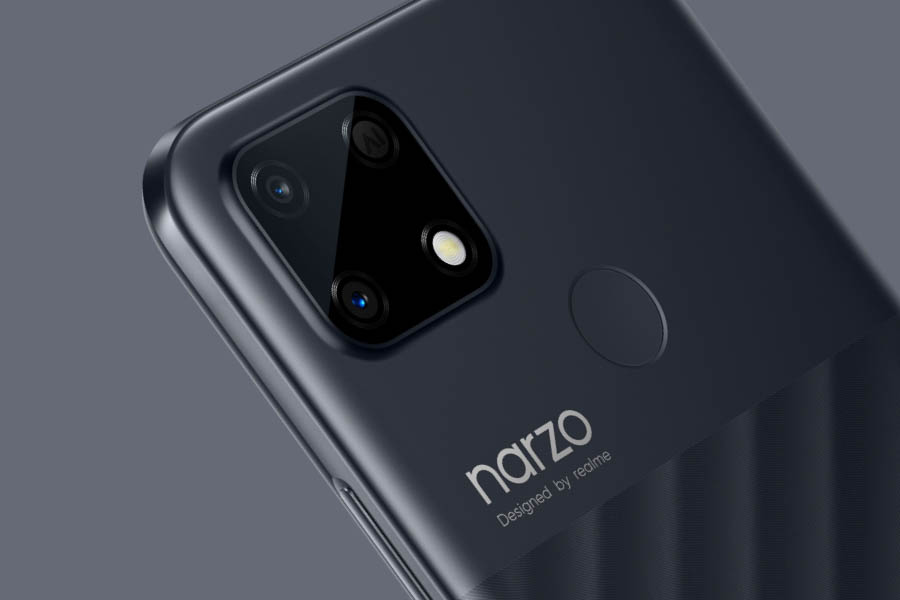 One of the major highlights of the Narzo 30A is its battery. After all, Realme is advertising this phone as the “Battery Hot Hatch”. It is fueled by a 6,000mAh cell compared to the 5000mAh battery in its predecessor. The phone comes with Super Power Saving Mode which includes technologies like App Quick Freeze, Super Power Saving Mode, and Night Charge Protection. It also supports reverse OTG charging. An 18W Quick Charge adapter is included in the box.

Realme Narzo 30A Price in Nepal and Availability