After the success of the Redmi Note 9 Pro and Pro Max, Xiaomi had added an even more affordable device in the lineup, which is the new Redmi Note 9. It is the true successor to last year’s Redmi Note 8, which is still a decent budget phone. And here in Nepal, Note 9 directly competes against Samsung’s Galaxy M21 as it is price exactly the same at Rs. 22,999. So, can the Redmi Note 9 ruffle some feathers in this price point against the reigning champ? Do I recommend this phone above the Galaxy M21? Let’s find out in this review of the Redmi Note 9.

In terms of design, the phone borrows its looks from the “Pro” sibling as it has a similar camera layout and the overall shiny looks. Similarly, the Redmi Note 9 brings some curves at the back for a better grip.

However, as it is with every glossy phone, this one is prone to smudges too and I had to clean it up way too often. Surprisingly, the build material here is plastic, this time. And if you recall, Xiaomi had gone with a much more premium glass back on its predecessor, the Redmi Note 8. So, if you ask me, I prefer the hand feel of the expensive Redmi Note 9 Pro better compared to this.

The standard Note 9 also doesn’t provide a side-mounted fingerprint sensor and rather features a traditional one at the bottom of the rear cameras. And about its performance, it is as fast and accurate as expected. All the buttons have been placed on the right side of the phone but disappointingly aren’t tactile enough and they were even unresponsive at times.

Getting to the display, Redmi Note 9 retains the punch-hole cutout for the front-facing camera. But here, it has been shifted to the left side compared to one on the center like the Note 9 Pro. Yet, I don’t mind this change at all, and the looks of Redmi Note 9 eventually grew on me during the review period. Having said that, this 6.5-inches IPS display with FHD+ resolution is just about average; although you won’t notice this inferiority when browsing through regular apps like Facebook, Instagram, and such.

But it is when watching videos on YouTube that you can differentiate the quality compared to say, the Galaxy M21 with its AMOLED panel. For instance, here you can see how the color tone of my face is abnormally cooler while the comparatively warmer tone on the M21 is way better than this.

Brightness is surprisingly sufficient for both indoors and sunny outdoors which is great. The display has been protected by Corning’s Gorilla Glass 5. However, I am a little disappointed with the quality of the panel itself, as it is inferior to the Note 9 Pro and its direct competitor the Galaxy M21.

Talking about the internals, well, we’ve always come to expect a stellar performance from Xiaomi phones and this one is powered by the new gaming-focused Helio G85 chipset from MediaTek. Being the first phone to feature this SoC, I was really eager to test out the gaming capability of this thing. Yet, my excitement was very short-lived as the Redmi Note 9 showed pretty average results in my gaming tests. Call of Duty: Mobile is maxed out at “Medium” graphics and “High” frame rate whereas M21 lets you play under “High” graphics too. Moreover, the touch response on the Redmi Note 9 isn’t great either. Therefore, I have been little let down by Xiaomi on the gaming promises of this phone.

However, the regular day-to-day tasks are well handled by the on-board SoC. Multitasking is swift and using everyday apps like Facebook, Instagram resulted in no trouble of any sort.

MIUI runs good enough too with swift transitions and good resource management. It also offers you tons of customization and battery-saving features, that I have always liked. Having said that, I still think the Helio G85 isn’t as optimized as its closest Snapdragon counterpart. That’s because, at times, there’s a bit of lag and choppy animation while navigating through the UI. 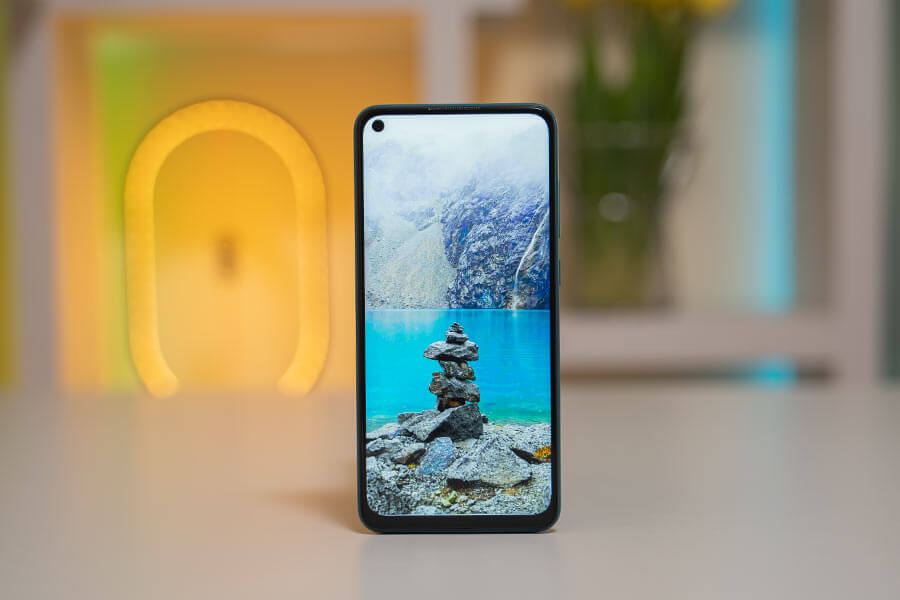 One more thing, most of you guys may be already familiar with the in-built “Cleaner” app on the device. First pointed out by Beebom on their review of the Poco M2 Pro, this app requires permission for location, microphone, contacts, etc. which is pretty weird for a service that should only require storage usage rights.

What’s even more worrisome for the Indian audience especially is that the Cleaner app sends its data to Clean Master’s servers which is one of the 59 Chinese apps recently banned by the Indian government. Similarly, the Redmi Note 9 also comes with tons of bloatware pre-installed including some outlandish games like “Bubble Story”, “Crazy Juicer”.

Moving on to the cameras, the phone comes with a quad-camera setup. You get a 48MP primary sensor alongside an 8MP ultra-wide lens, a 2MP depth sensor, and a 2MP macro lens with autofocus.

And you guys might be tired of hearing this and I’m tired of saying this but a mediocre 2MP macro lens on a phone solely to justify the “quad-camera” title is ridiculous.

The macro images from Redmi Note 9 are void of any innovation and the images look washed out, with low details, and are pretty much useless.

Let’s talk about the primary 48MP lens now. Even though it is good for the price, I would only rate it as average when comparing it against Samsung’s Galaxy M21. You can see how Note 9 lacks in terms of colors and details while looking a bit hazy as well

On the contrary, images from M21 look livelier. Just check out this image of a leaf I took. The one from M21 has more details, saturation, and vibrancy whereas Note 9’s shot looks washed out with poor dynamic range.

Portraits, on the other hand, look decent with good enough edge detection.

But bringing the M21 into the mix, you will instantly notice how the background exposure isn’t done properly on Note 9 with inconsistent bokeh effect at times.

Likewise, the quality of the image degrades as you move to an environment with lesser light.

And the nighttime images are grainy with very little details. The dedicated night mode does improve them by a bit.

Photos from the 8MP ultra-wide lens are nothing to write home about either as they tend to have limited dynamic range, details, and colors. In comparison, M21’s wide-angle images are much better with a wider field of view too.

What’s left? Oh, yes… video. Here, the highest resolution Note 9 can go is 1080p/30fps. That too without any kind of stabilization. The recordings are wobbly but more importantly, its colors and dynamic range are way worse compared to M21.

The front camera shares a contrasting story for the first time in our camera test as the selfies are very good.

Even though the images from M21 have that pleasing reddish-tone to them, photos from Note 9 are a visual treat as well.

Portrait selfies are handled through software and therefore the edge detection isn’t that good but gets the job done. However, like regular selfies, it struggles when there is a light source directly at the back and therefore gets overexposed. Here too, the M21 seems to do a better job.

I’m gonna quickly dismiss the vlogging capabilities of Redmi Note 9 from the selfie camera as it is just terrible.

In summation, Note 9’s cameras are only average and the M21 easily wins out against it. My big concern is for the average non-tech buyer, who may judge the Note 9 and the costlier Note 9 Pro as equals because of the similar 48MP quad-camera setup, but in reality, that is far from the truth.

Talking about the battery, the 5020mAh cell on the Redmi Note 9 gives great endurance, which is further supported by efficient memory management that I talked about earlier. During my test, I used it as my secondary device with a Ncell SIM and got about 7 hours of screen-on time which comprised of watching videos for 2 hours or more, about an hour of gaming, and chatting on WhatsApp and Messenger for 2 hours or so. 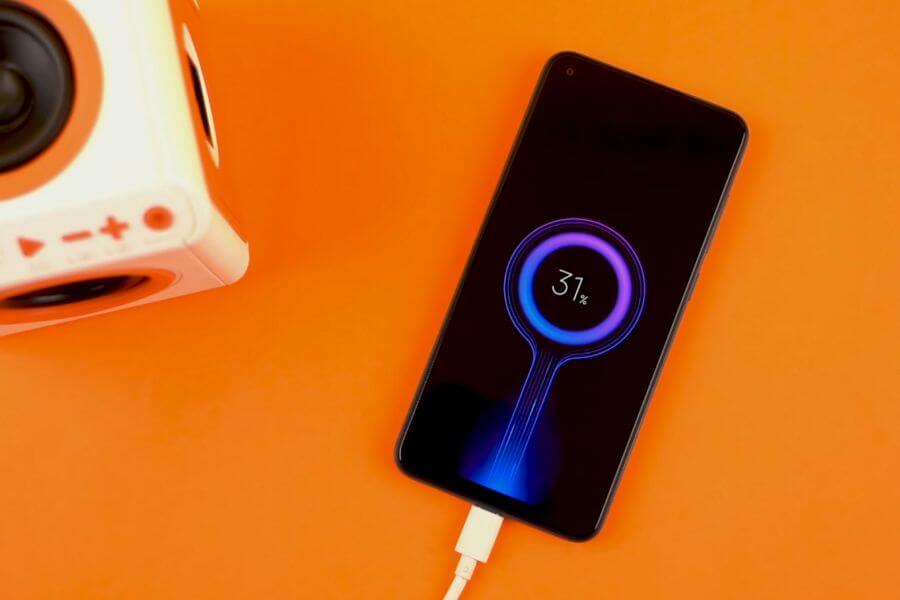 You also get a fast 22.5W charger inside the box, which surprisingly isn’t that fast. It takes the phone from 0 to 90% in under 2 hours although filling up the final 10% took me more than 30 minutes.

Getting to the extras, the speakers on the Redmi Note 9 as average too. And Like with every Xiaomi phones, this one gets an IR blaster as well. In terms of call quality and network signal strength, I have zero complaints.

To conclude, the Redmi Note 9 is a pretty average offering as we’ve discovered during our review; especially considering how last year’s Redmi Note 8 was such a great value proposition. Discounting the design and battery, I don’t see any significant improvement the Note 9 brings over the Redmi Note 8. But that’s not even the biggest issue this phone faces. Samsung’s Galaxy M21 is a much better phone for the same price.

You might’ve picked up on how it outclasses the Note 9 in aspects like display, performance, and camera, which are like the 3 prime pillars for an excellent budget smartphone.

I’d also wanna go a little off-topic and point out how the post-lockdown smartphone market has resulted in a price hike and some off-putting releases. We saw Samsung launch the Galaxy M11 and Galaxy A21s which fell into this category and unfortunately, Xiaomi’s Redmi Note 9 follows the same bandwagon.